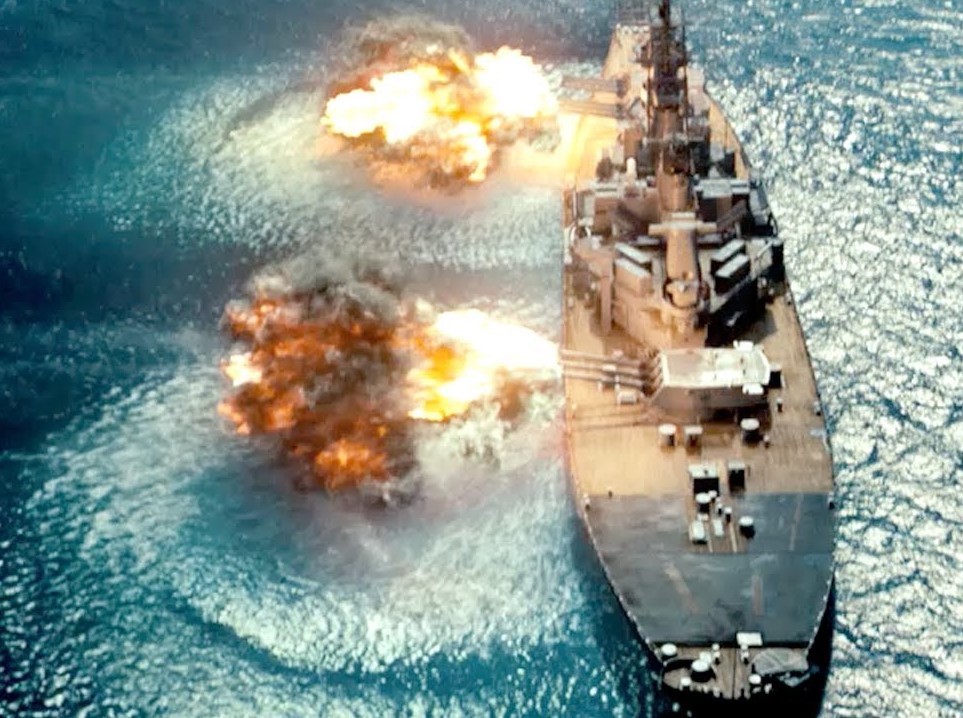 While they are enough explosions and action to make this movie reasonably entertaining, the movie is insanely too long and the script is somewhat incoherent.

Plot: A hostile alien attack squad invades Earth, leading to a handful of naval ships on manoeuvres to engage.

Review: When I first heard this movie was being released, I thought it was a joke. I mean, video game movies are almost universally reviled, but a movie based on a board game? It seems that video game adaptations are generally short on story, so what content could you mine from a board game? I mean, you ever play Battleship? You and a friend sit on opposite sides of the table, trying to guess where the other’s fleets are to attack – what about that screams major motion picture? Only in Hollywood, my friend, only in Hollywood…

As you would expect, Battleship has a somewhat incoherent plot. The film seems to invite you to make assumptions about certain things or buy into throwaway lines that characters say as meaningful dialogue to advance the story. How do I know the aliens are trying to set up communications with their homeworld? Because a character says, that’s what he would do if he were them. How do we know the aliens are affected by sunlight? Someone looked in their helmet. Okay…sure. Half the time, I was sitting there, scratching my head, wondering what the hell was going on.

The movie is also waaaaaaay too long. Clocking in at 131 minutes, you can easily cut the first 20-25 minutes, and you’d be fine. The story tries to set up Taylor Kitsch as this huge screwup who looks like he’s going to be turfed from the navy – except he’s also the hero of the story, so we know he’ll redeem himself at the end of the day. Yet, the movie gives us a few instances where the guy just can’t get anything right – okay, we get it. It shouldn’t take this long to set up a redemption story arc.

Now for the good stuff – the action is great. I loved the design of the alien craft and the weapons they used. How the missiles worked was cool, and the drones were just sick. Just seeing them speeding along, slamming into and destroying stuff, very viscerally satisfying. The attacks are really well done, and you can see everything, so no shaky-cam nonsense. While I sometimes winced at the CGI, I also generally liked the design of the aliens themselves. There are enough bombings and explosions to keep everyone happy.

As for the characters, while no one stood out to me, no one pissed me off, either. I don’t know how Taylor Kitsch missed the A-list train (though having this, John Carter, and X-Men Origins: Wolverine in his filmography probably didn’t do him any favours), but he’s fine as the lead. Liam Neeson is suitably commanding in the leading role, Brooklyn Decker is likeable as Kitch’s girlfriend who pairs with a double leg amputee to attack the aliens on land. Rianna is decent as the spunky naval officer, and there are supporting roles by Alexander Skarsgard, Rami Malek, Peter MacNicol, Jesse Plemons and Hamish Linklater. I think the character I liked most was Tadanobu Asano as Kitch’s Japanese rival. He shows the most personality of any of the characters and has the only character arc in the whole film.

As for if they actually re-enact the board game during the movie, the answer is – yes. Does it make sense? No. But they do a real-world version of Battleship, and even though how they did it was kinda weird, I understand that if they didn’t put it in, a few people would have been disappointed – myself included. So even though they threw it in there, and it made little sense, I’m kind of glad they did.

So, do I recommend Battleship? Well, if you grew up a fan of the game and wanted to see if someone actually made a movie about it – then yes. If you like human naval vessels and alien naval vessels duking it out, then I say yes, again.  If you’re looking for a movie with a tremendous script and great pacing? No. And while I can’t give it a great rating because of that, Battleship was still admittedly a lot of fun, despite its flaws.