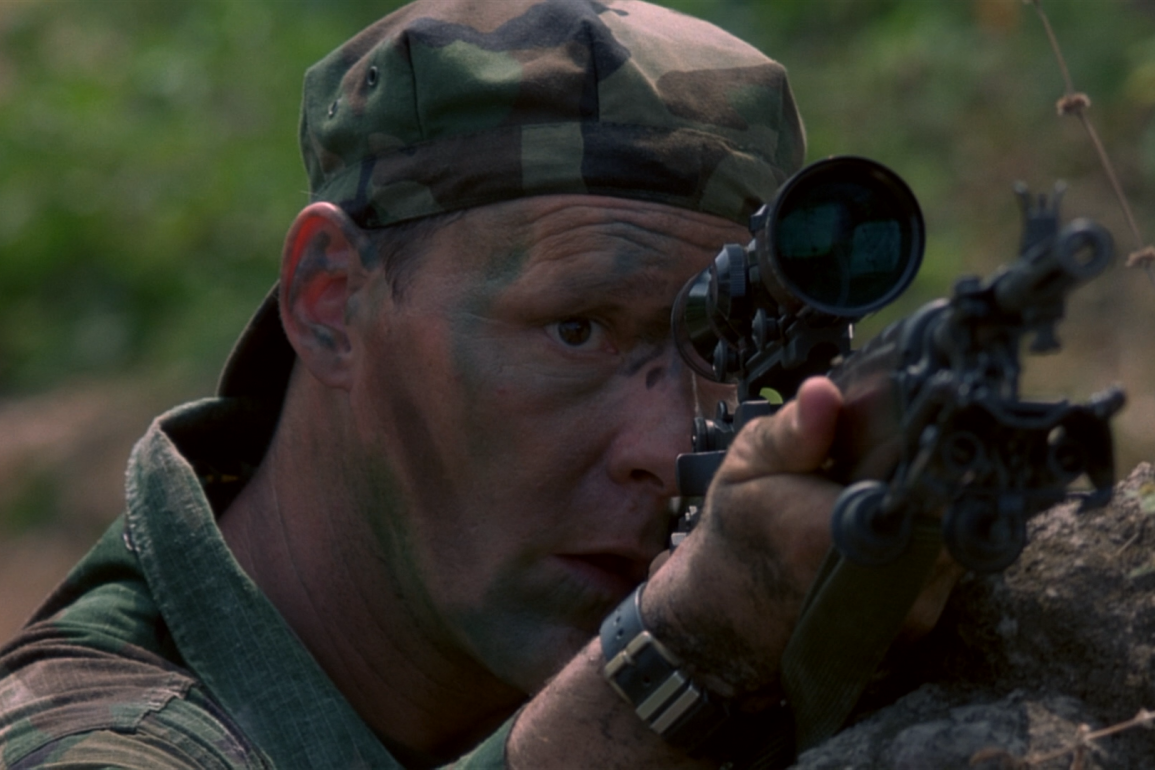 One of Griffith’s better vehicles, Behind Enemy Lines gives the star of Excessive Force lots of room to showcase his martial arts in the midst of a war-type action film, and he’s got some great moments making for an entertaining actioner.

Synopsis: An ex-marine returns to Vietnam when he learns his former mercenary partner whom he thought was killed is being held by a sadistic general.

Review:  Two commandos are on a top-secret mission in present-day Vietnam, and their task is to steal several nuclear triggers, but they fail spectacularly. One of them is captured and the other one makes it out, thinking that his partner was killed. A year later, Mike Weston (Thomas Ian Griffith) is a washed-up drunk, reliving that fateful mission a year ago. He is approached by the CIA to go back to Vietnam with a platoon of young, inexperienced soldiers to retrieve the triggers and rescue his partner, who is still alive and in captivity. Sobering up with a fresh resolve, Weston has no time to train his soldiers, so they get right to the mission, and he’s got his hands full with the team that was chosen for him: They don’t follow orders very well, they make constant mistakes, and they don’t respect him until he proves to them that if they don’t begin falling into line they will all die behind enemy lines where a formidable army awaits them. Weston ends up getting captured by the Vietnamese and tortured alongside his buddy (played by Chris Mulkey), but his platoon comes and helps them escape, leading to a blast-filled finale.

One of Griffith’s better vehicles, Behind Enemy Lines gives the star of Excessive Force lots of room to showcase his martial arts in the midst of a war-type action film, and he’s got some great moments. The best scene has him on trial for murder in a Vietnamese court and he manages to break his bonds, kill everyone in the room and shred the judge’s perch with a machine gun! Movies like this where the hero must depend on a crew of lesser helpers are always a tad bit disappointing because you really just want the hero to do almost all of the damage, but this one is like that. Griffith shares the spotlight with a bunch of other guys who don’t deserve the time of day. Still, I enjoyed it. It was directed by Mark Griffiths.

Olive Films recently released Behind Enemy Lines on DVD and Blu-ray, which was the first time this title was available apart from the Orion VHS. The film is presented in widescreen (1:78:1), and the sound and picture quality are obviously far superior to what the VHS tape had to offer. This also marks one of the few times a film starring Griffith is available on Blu-ray. Kudos to Olive for releasing this.