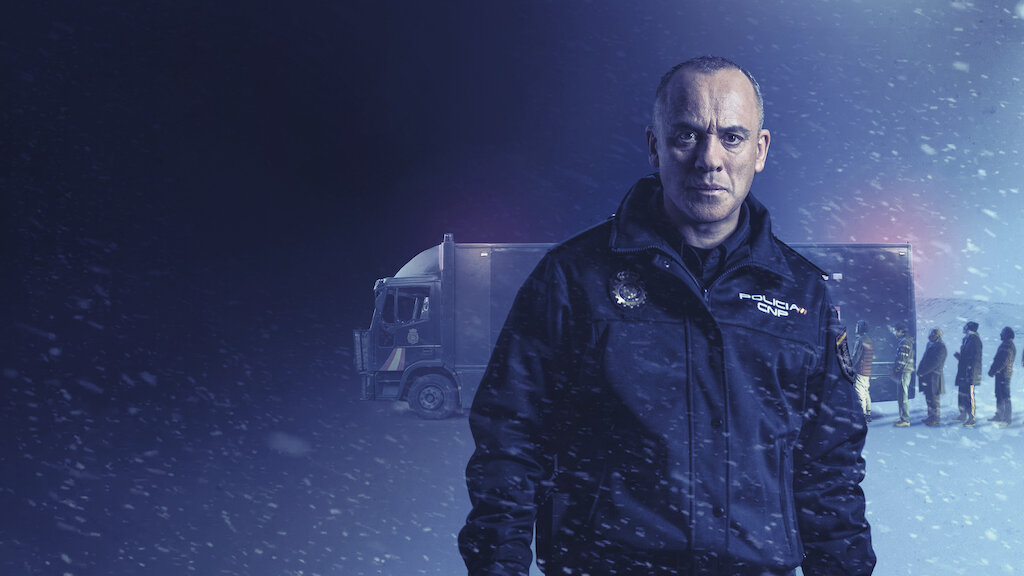 I had a good time with Below Zero and would recommend it to anyone looking for a decent action thriller.

Plot: On a lonely road, a prison transport is brutally assaulted. Martin, the policeman who was driving, survives and fortifies his position while the con men search for a way to finish him.

Review: Below Zero is a new spanish thriller released by Netflix. I’ve never seen anything from this director, Lluís Quílez (who also served as co-writer), and I had not heard of this one before its release, so the only info I had on the movie came from the interesting synopsis and trailer on Netflix. So, I pressed play with no expectations and high hopes.

In Below Zero, police officer Martín (Javier Gutiérrez, Assassin’s Creed) begins his first day in a new precinct, and is told he will be on a prisoner transport. During the transport, which is done at night and must be done taking an isolated back roads route for some reason, the officers are ambushed. Martín must contend with the volatile inmates inside the vehicle, the mysterious threat outside, and the plummeting temperatures.

Most of the characters are pretty one-note characters that simply exist to be taken out one by one, like in most horror movies, but all the actors play their roles well and they make their characters feel as real as possible. The movie is propelled by thrills, twists, and reveals, so characterization takes a back seat, but I do respect the fact that none of the characters are inherently good or evil. Their predicament forces uneasy bonds to form and morality to be questioned, which makes them all feel real, and when the main actors are asked to do more dramatic scenes, they do a damn good job at it.

The first thing that struck me about the story is its attempt to mesh multiple genres. Obviously, given its synopsis, it is mostly a crime thriller. I was surprised, however, at the amount of horror elements present, especially during the initial transport and ambush, and the dramatic elements that pop up towards the end as the mystery unravels. This mash-up of genres is not an easy thing to pull off, but I think it worked in this case. It all came naturally as the story progressed, so none of the tonal shifts felt jarring, in my opinion.

To me that is a testament to Lluís Quílez’s directing and writing. This felt like a clear case of an artist having a vision and having the freedom to execute that vision exactly as planned. It seemed like he wrote the story he wanted to tell, and he let that story dictate the mood of the movie. The visuals are very good and they accentuate the intended feeling of each scene, and the camerawork is also top notch. The movie is very fast paced and frantic, but the camerawork never feels too chaotic. Quílez also does a very fine job of filming the cramped interior of the transport vehicle, where most of the movie takes place.

The biggest flaw of this entire movie is the sheer absurdity of it all. The overall premise of a nighttime transport through an isolated backwoods road is a bit ridiculous from the start, and it only gets sillier from there. That’s the most important thing I can tell you about this one; If you plan to watch it, you must be able to suspend your disbelief. If you think about the logic of the events or character decisions, nearly every scene in the movie will fall apart. Having said that, The never-ending series of disasters, however implausible, make for some good fun.

Overall, I had a good time with this one and I would recommend it to anyone looking for a decent thriller. The tension and excitement kicks off almost immediately, and it’s runtime of less than 2 hours ensures it doesn’t overstay its welcome. Lluís Quílez is clearly a talented director and his cast all do a fine job. If some illogical events and character decisions will ruin a movie for you, I would caution you to avoid this one. However, if you are like me and you’re able to look past that to enjoy a tense adventure, there’s a lot to like about Below Zero.