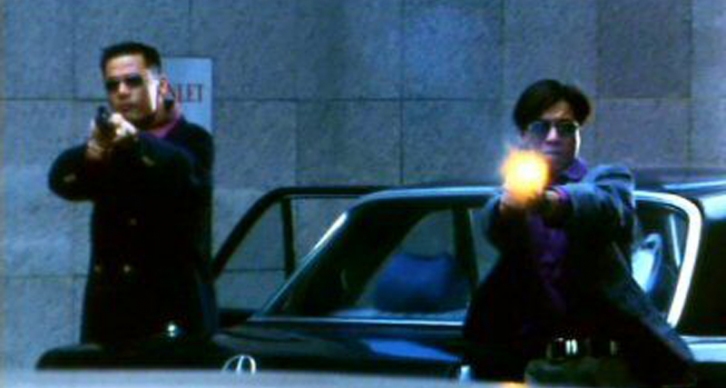 Plot: After assaulting his tactical commander during a raid gone sour, a dedicated but temperamental cop Sergeant Bill Chu is demoted to the Emergency Unit, long considered to be the police force’s dumping ground for problem cops.

Review: Sergent Bill Chou (Ching Wan Lau) is demoted to a ground level, tip of the spear emergency response unit after using excessive force on a botched sting, and the timing couldn’t be better: a squad of criminals has just violently and murderously busted out one of their comrades from being transferred to a prison. The city explodes with violence as the criminals stage a massive robbery that nets them millions at Interpol’s command center. While most of Chou’s team are inexperienced Police Academy rejects, Chou’s adept skills at shotgunning, face pounding, and general sense of being a badass more than compensates for his team’s shortcomings.

Part Lethal Weapon (with at least two references to Mel Gibson / Martin Riggs) and part Die Hard 2 (complete with a straight rip off of that film’s ending on top of a huge airplane moving on the tarmac), filtered through Hard Boiled, Benny Chan’s Big Bullet is a pretty good (if kinda low budget) Golden Harvest action film from the mid-90’s. The new Warner Archives DVD-on-demand disc is a great way to get familiar with this underrated film, and with a nice, anamorphic widescreen transfer, the movie (at a fleet pace of just 92 minutes) should make action fans happy.