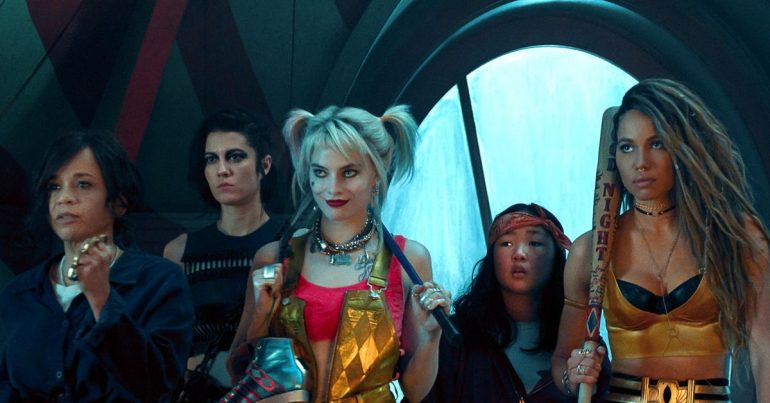 Birds of Prey wasn’t quite the trainwreck I was expecting; I’d recommend it if you want just a fun comic book film as that’s all you’ll get from this and it is at least better than Suicide Squad.

Plot: After splitting with the Joker, Harley Quinn joins superheroes Black Canary, Huntress and Renee Montoya to save a young girl from an evil crime lord.

Review: Well, I’m gonna be honest with this one, I was very mixed about Birds of Prey going in as I wasn’t sure if it’ll turn out good or bad, but surprisingly I actually liked it; it’s not a great film, but it’s surprisingly fun and far more entertaining than expected.

Everyone in the cast does a solid job particularly Margot Robbie, Mary Elizabeth Winstead, and especially Ewan McGregor. McGregor was a lot of fun as Black Mask who is a cross between Jim Carrey’s Riddler and Treat Williams character in The Phantom (albeit less over the top than him, but I digress).

The action is well executed, although I expected that coming from the team who worked on John Wick; I do wish they would’ve had one more set-piece especially in the middle, but that’s just me.

The story is pretty decent for the most part, nothing great or revolutionary but it serves its purpose.

The film also looks great visually; if there’s one thing I prefer with DC over Marvel it’s the cinematography which looks more like what a comic book film should look like.

Now, like I said it’s not perfect, the first 30 minutes were tough to sit through as it’s all over the place, but once you get passed that, then you’re good. One certain character is underused, but they made up for that in the finale. I should also mention that if anyone was expecting Daniel Bernhardt (yes, he’s in this) to have a fight scene, you will be sorely disappointed.

Overall, Birds of Prey is a fun comic book film that has a good cast, some solid action, a decent story, and looks great visually. It’s sad that it’s not doing well because I wouldn’t mind seeing a sequel.