Watch this because it’s an underrated gem, and anyone who’s had a passing interest in Hauer will be really smitten by him in the film. It’s pretty fantastic.

Casino Boss: “If you can’t handle it, get me somebody that can! Get me Bruce Lee!”

Casino Boss: “Then get his brother!”

Plot: A blind swordsman ambles into town and gets into trouble and saves a kid.

Review: If Rutger Hauer were an action star, then Blind Fury would be one of his very best vehicle films. He plays a Vietnam veteran named Nick Parker, who after being severely wounded and blinded in Vietnam, is nursed back to health by a peaceful village and a nameless patron that trains him to use his senses to protect himself and use a samurai sword. Twenty years after his injury, Nick is a good hearted vagabond who walks on foot across the U.S. to visit an old war buddy, but he ends up becoming the guardian of a pre-teen boy whose mother was killed. Nick accompanies the boy (on foot, by car, and by bus) to Reno, where his father is being held captive by a casino boss that is using him to manufacture drugs. Along the way, Nick and the boy encounter bad guys who are trying to kidnap the boy to use him as leverage against his enslaved father, but everyone around Nick is shocked to find that he’s a formidable sword fighter. The final stage of their quest has Nick faced with an assassin (ninja star Sho Kosugi who comes in with complete force in a rad cameo).

An Americanized retelling of the Japanese film series Zatoichi: The Blind Swordsman, Blind Fury is a great little action picture from director Phillip Noyce (Patriot Games, Dead Calm). If you’re seeing it just because Kosugi is in it, you’re seeing it for the wrong reasons, and you’ll be disappointed anyway because he’s only in it for a few minutes. Watch this because it’s an underrated gem, and anyone who’s had a passing interest in Hauer will be really smitten by him in the film. It’s pretty fantastic. Kosugi completists should see it in that case.

Mill Creek’s new standalone Blu-ray edition (in a retro VHS-style package) is a sweet little pickup for fans of the film. It’s been previously available from Mill Creek in a triple feature edition (and was also available in an out-of-print DVD from Sony that included OMEGA DOOM, another Hauer film), but if you’re like me and like to own individual titles rather than bundles, then here’s your shot at owning it for cheap bucks. No special features are included. 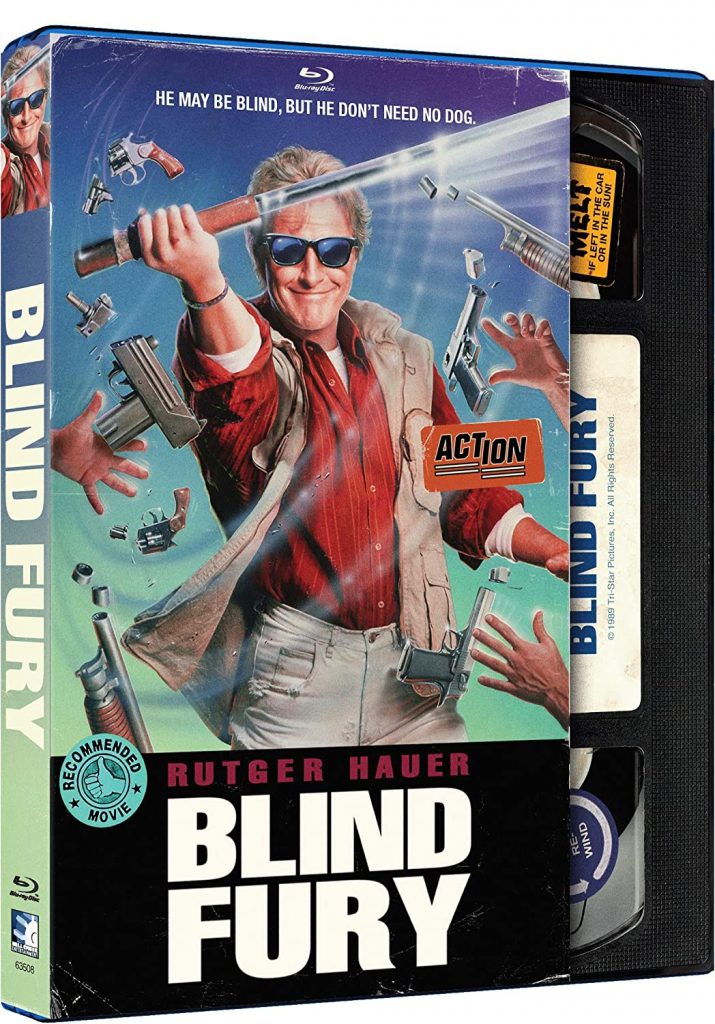