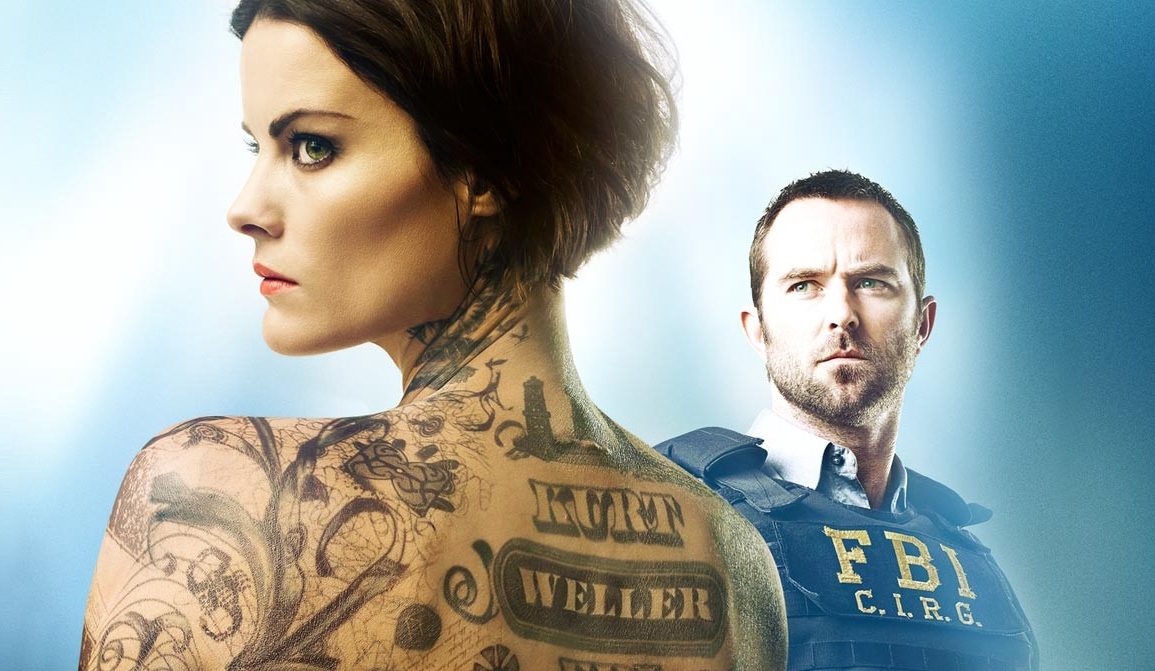 A show that starts out excitingly well and then quickly burns into a hot steaming pile of rubbish after the already flawed Season 2.

Plot: Jane Doe (Jaimie Alexander)’s coded tattoos set Agent Kurt Weller (Sullivan Stapleton) and the FBI on a mission to unravel their mysteries. Together, they discover each tattoo is a clue, making Jane’s body a maze of mysteries that must be solved to uncover her true identity. But as Jane and Weller get closer to unveiling her past and discovering who set this riddle in motion, they find the quandary goes deeper than they ever imagined, involving people they thought they could trust.

Jane begins to work with Kurt’s FBI team as a consultant, under the supervision of assistant director Bethany Mayfair (Marianne Jean-Baptiste). Team member Edgar Reade (Rob Brown) is particularly uneasy about working with Jane, because he doesn’t think they can trust her. Before long, Jane’s contacted by someone from her previous life: a mysterious man named Oscar (François Arnaud), who slowly reveals bits of info about her past to her.

In Season 2, the team comes under new command while continuing to trace the tattoos on Jane’s body in order to solve the crimes they are linked to, and bring down the whole criminal conspiracy at the heart of this mystery.

The show is off to a solid start with heavy suspenseful intrigue, and while the creators claimed that they were inspired by movie series like Die Hard and the Bourne Identity, I felt like the tattoo related clues were a soft nod to Memento. The plot twists appear to be doing the typical Usual Suspects mysticism, featuring the crooked military type villains of Under Siege, and Weller even feels like Jack Bauer-lite from 24 given his hard-boiled rule breaking.

The series makes good use of rotating between Jane’s cryptic past, the hidden easter eggs, the visually stunning hacking scenes and the other FBI agents’ personal vices that only make them seem more suspicious by the minute. By Season 2, however, it’s apparent that the writers are pulling stuff out of their butts as there are too many episodes with far too loose a connection and rather pretentiously-written characters. It is rather engaging but still a huge step down and because it’s already an implausible premise, it does become offensive in some places to the viewer. However, since the pace never slows down, the characters are still given some care and there’s more mysteries regarding who anyone can truly trust, it still feels engaging.

Further helping the proceedings were the various guest star villains, bloody shoot-outs, various disasters and hostage takeovers which felt rather edgy and well-conjured up. And by having a grim new mystery in addition to another new clue made sure that it felt fresh each week when viewing.

Following the shocking finale and jumping 2 years forward, Kurt finally tracks down Jane, who’s been on the run. After they discover a new set of luminescent tattoos planted on Jane’s body, Jane is forced to return to the FBI, where the team set out to solve these dangerous, new conspiracies. But the tattoos also expose their darkest secrets.

In Season 4, Jane has been poisoned by ZIP, the very drug used to wipe her memory at the start of the series. Also suffering from the disease, her brother was searching for a cure and hid caches of data all over the globe. The team will follow a trail of cryptic clues that lead to all-new crimes to solve and, hopefully, a cure for Jane.

From the premiere of Season 3 and onwards, this show has become virtually unrecognizable from the once gripping first two years. Two big detractors are at enormous fault: the technical stuff and the scripting; there are offensively written dialogue that turns all the characters suddenly bland and even more shaky cam with hackneyed edits and overexposed lighting. Around this time, I noticed rumors about how both the lead stars were not getting along with each other and that made better sense to me as the romantic chemistry felt suddenly stale- like the editors were barely able to get any decent takes in scenes with the duo together(!). And that was the main thing making one overlooking all the unlikely scenarios from sticking out like a sore thumb.

A show’s unrealistic moments can be often overlooked if there’s either a self-acknowledgment or it makes that type of feel crystal clear from the get-go. Here, it was already an implausible show and all of a sudden the show itself clearly doesn’t feel like it buys what it’s selling. Maybe it was the crew changes or that this premise was only good for a few years and outstayed its welcome. These lacking last two seasons don’t feel unwatchable but the way it has now approached all its stories and earlier premise are not only now unrecognizable but don’t feel special anymore. And since its filming is now needlessly hectic and the filmmakers themselves seem to care not about the story and just about getting everything done on time, it’s a total middle finger to the viewers.

I can enjoy an A-Team type cheesy show made with heart if not a soul. I can even enjoy making fun of action-packed crap like T.J. Hooker, Walker, TX Ranger and NCIS: LA. But at this point, the trash this behemoth spews out is not only not anything you can buy into but just unintentionally insulting. Sometimes even dull because it’s no longer entertaining. And because the premise is so suddenly lousy, the action scenes also suffer because they seem there to keep one’s attention as opposed to feeling needed.

If you must seek this show out, it’s still available on Hulu. I definitely don’t advise spending any money on it or buying the home media boxed sets because it is all over-the-place in terms of execution. And even if you dig the action or actors, you’ll never watch it again anyway because of the one-and-done plot twists so best to save up for a Blu-Ray/DVD set of a show you already continually rewatch.