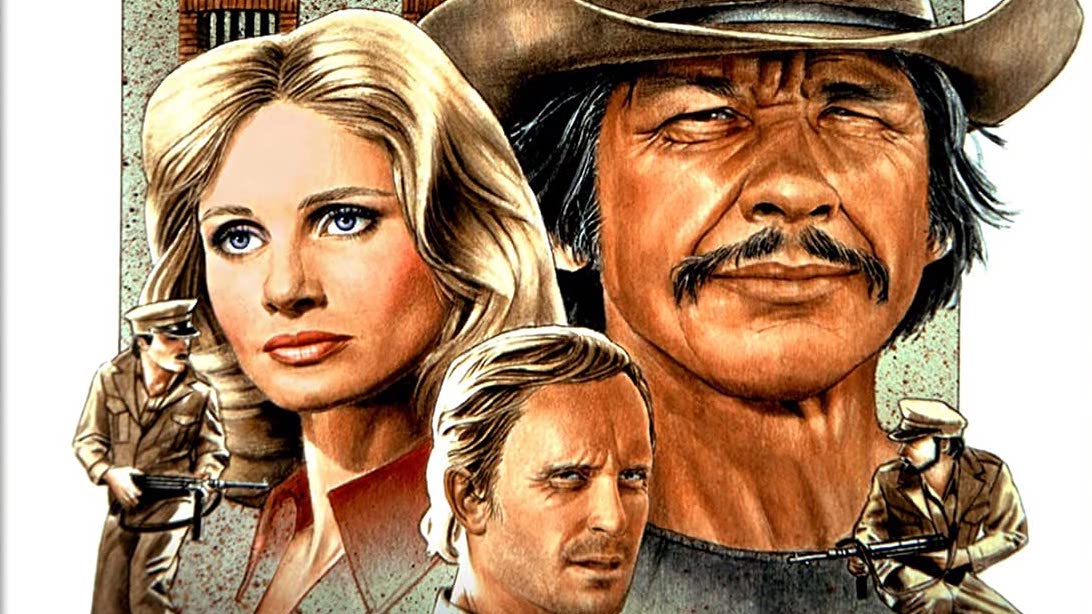 One of Bronson’s sleeper hits, Breakout feels like an influence on movies like Romancing the Stone and Six Days, Seven Nights.

Plot: A mercenary pilot is hired to break out a framed prisoner being kept in South America.

Review: Jay Wagner (Robert Duvall) is framed for a murder that took place in South America, and while he and his wife Ann (Jill Ireland) are vacationing, the authorities apprehend Jay and he’s swiftly sentenced to over 20 years in prison. Despondent and desperate, Ann turns to a mercenary to help her break her husband out of prison, but it takes time to set up. Nick Colton (Charles Bronson) isn’t cheap, but he can be had, and when he agrees to lead a small team to bust Jay out, he first has to get around the fact that he’s attracted to Ann. Once he gets his head around that, he fully commits to the rescue, and the finale of the film delivers great thrills and tension.

One of Bronson’s sleeper hits, Breakout feels like an influence on movies like Romancing the Stone and Six Days, Seven Nights. It clearly wants to be an action adventure, but a somewhat grim tone gives it an uneven texture, although the climax is pretty great. A fun alternative for Bronson, who was about to become “the guy who made Death Wish all four sequels.” Director Tom Gries also did Breakheart Pass with Bronson.

Kino Lorber’s new Blu-ray for Breakout looks and sounds much better than it ever has, and that includes the multi-film Blu-ray set from Mill Creek, which included Breakout. The film’s high definition transfer is up to Kino’s usually high standards, and the disc comes with a new audio commentary by Paul Talbot, a Bronson aficionado, as well as the film’s trailer, TV spot, and radio spot. 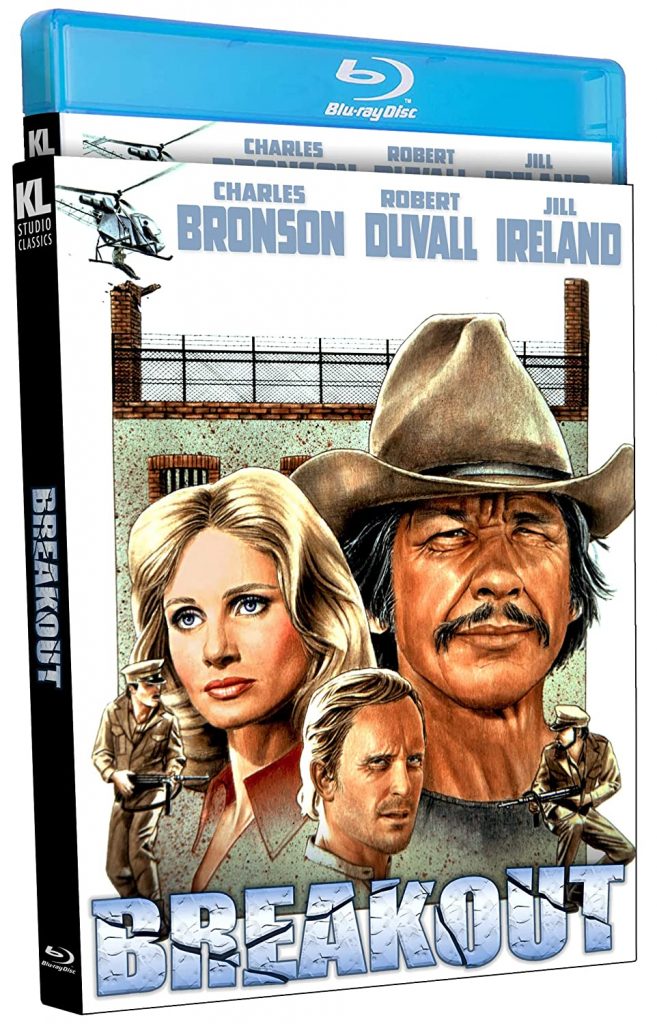