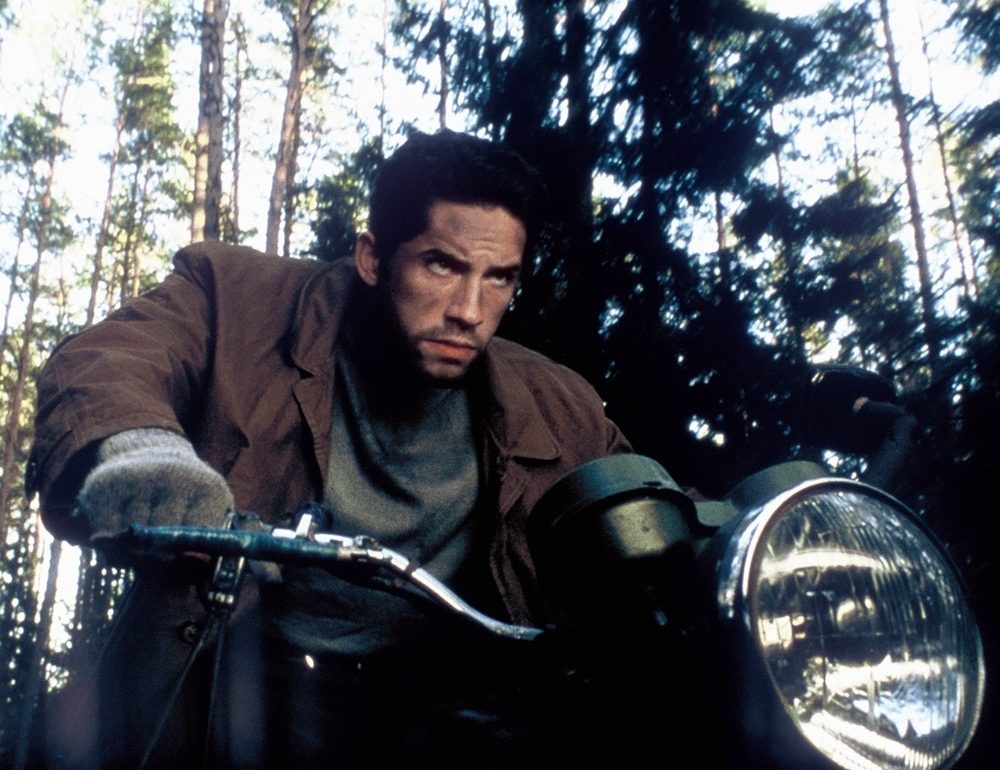 Nearly two decades since, the name probably doesn’t stick out as the lingering chant that echoes the name “Boyka” in your sleep. Nonetheless, the role of British S.A.S. agent Talbot inarguably lives on as one of the most impressive performances of actor Scott Adkins’ earlier career in movies following credits on Hong Kong productions like Extreme Challenge and Black Mask 2: City Of Masks.

Featured in Isaac Florentine’s 2003 military actioner, Special Forces, Talbot is featured midway in the film as the plot takes you from a U.S. military base in Germany to the fictional country of Muldonia where an American journalist is being held hostage by vindictive war criminal, General Rafendek, played by Eli Danker. Upon the team’s arrival at the command of Major Don Harding, they stumble upon Talbot, having already gone maverick to avenge the death of his partner at the hands of Rafendek.

Hours after a tense meet and greet with Talbot trekking back on his own, Harding and his men are en route one evening only to find themselves ambushed at a checkpoint and trapped in the heat of gun battle. With no way out, Talbot swoops in from the dark of night, aptly moving fast and swift, and cutting through the Muldonian army to help pull Harding and his men out. It’s a pivotal moment where Talbot and Harding find common ground in their desire to bring the hammer of justice down on Rafendek and his regime for good.

Special Forces is just the kind of “men on a mission” action thriller that speaks to moviegoers who’ve lived and have been cultured in the latter half of the twentieth century. With Adkins, it’s a film through which those fans can live vicariously – a role that began his transition from a young, fresh-faced television actor and burgeoning stunt performer, to the martial arts action fan’s answer to “John Matrix”, but with an arsenal of some of the biggest and most agile kicks to a man’s face that fans could ever enjoy.

It’s certanly a role that exemplifies Adkins’ ability to transition the kind of nostalgic action fandom that lives on through this day. His ability to largely carry out some of the most daring fight sequences in his films without stunt doubles or wires (until certain situations call for compromise for the sake of his own safety), speaks to the genuine fandom he himself shares in bygone era action cinema much like his own fans. He was especially able to meet the demand on Special Forces, executing the high caliber action and coordination at the direction of Florentine, and stunt coordinators Akihiro “Yuji” Noguchi and Hiro Koda, and it’s the very signature skill level he lives up to in the role that serves so well, the role of Talbot as one of the most memorable characters he’s ever played. His final fight scene with Zaman, played by Vladislavas Jacukevicius, is one that I, personally, could never omit from a list of fight scene favorites in martial arts cinema history.

There’s definitely more to Talbot though. Special Forces doesn’t leave a whole lot of room for character development here, but it gets enough screentime for Adkins to convey just what he needs to make Talbot a character that is charismatic, tangible and relatable, with a revenge subplot that is sure to cosign his role in the film right down to the last scene.

Seventeen years later, Adkins has stepped up to the plate as a recurring cinematic force to be reckoned with, that is, among the likes of Michael Jai White, Jean-Claude Van Damme, Tony Jaa, Iko Uwais, Dolph Lundgren and Ip Man franchise star Donnie Yen to name a few. He’s excelled in Hollywood with roles opposite Hugh Jackman, Matt Damon, Sylvester Stallone, Benedict Cumberbatch and Sacha Baron Cohen among others, while amply showcasing himself as an actor with Jesse V. Johnson’s The Debt Collector and comeuppance gangster thriller, Avengement.

In the wake of all this, and the celebrated franchise characters like Undisputed‘s “Boyka” and The Debt Collector‘s “French”, or even Ninja‘s “Casey Bowman”, I think fans could do with a revisit to longtime character favorite that helped generate the fandom Adkins has earned today. I’m not too knowing of the legalities of that or what’s to be done to make this a reality, but I earnestly feel that Talbot has more than earned a second outing. Next to nostalgic, it would certainly be thrilling to follow up this character, and warmly welcomed back into the fray, if only once more.