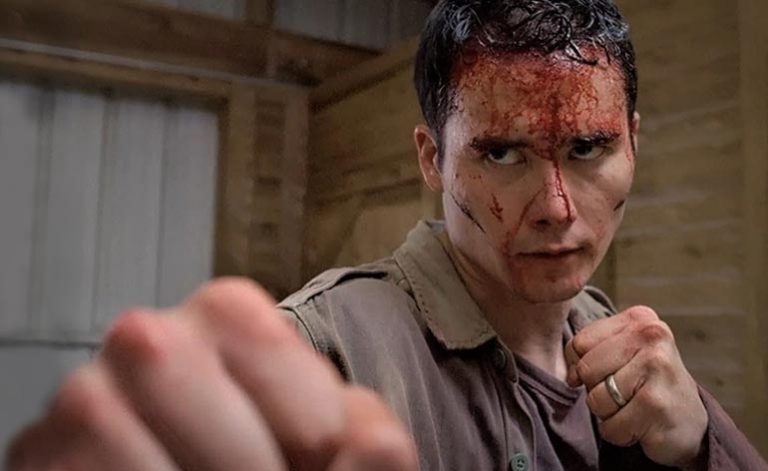 Broken Path is packed with fantastic action and it’s hard to pick a favourite moment but if you’re a genre fan then definitely check it out.

Plot: On an isolated ranch in the desert, one man must protect his wife from a secret past that he is now forced to confront. With the sun towering in the sky overhead, the ranch sits beneath the vast blue, isolated amidst the arid terrain, Though life is certainly evident as a house warming party ensues.

Review: So the reason I watched this particular film was based on one of my friends highly recommending it; I had never heard of Broken Path until he had mentioned it a few weeks ago, so I decided to check it out and see what I think.

Well, this is one of those films where the action is the true star of the film; every fight scene is great; in fact I can’t even point out which one was my favorite but there’s not one that was unmemorable or lackluster. It reminded me of the film Drive with Mark Dacascos (which I do think is a better film overall).

The acting for the most part is sub par at best, with the stand out being our lead Johnny Yong Bosch, who I thought did a decent job, and carried the entire film.

The story is very bare bones, it’s nothing particularly new, but it doesn’t try to be. This is filled with a lot of cliches that you’ve seen before in other films; I personally think this would’ve been even better as just a short film rather than a full length film, but that’s just me.

The wife honestly is a useless character, they could’ve easily removed her from this, and you would have the same movie.

Overall, I definitely think you should check out Broken Path if you’re an action fan as this more than delivers what you want, and that’s all you can ask for.