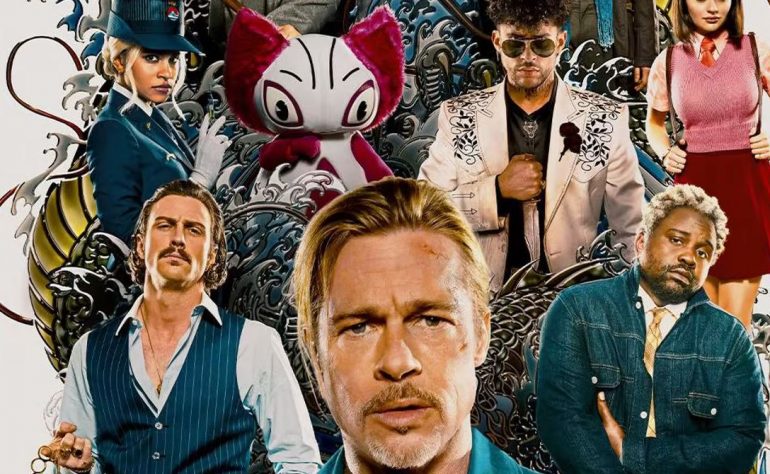 Bullet Train is a fun ride with Brad Pitt clearly enjoying himself alongside an impressive supporting cast; it has some electrifying action scenes and moves along at a decent pace making this one of the better action pictures of the Summer.

Plot: Five assassins aboard a fast-moving bullet train find out their missions have something in common.

Review: Bullet Train has been one of my most anticipated films of the year based on not only the cast but having been a fan of David Leitch’s work, especially Atomic Blonde.

So suffice to say, I had a lot of fun with this one; while not as stylish as John Wick, Bullet Train manages to have a witty script that’s in the same vein as a Guy Ritchie film or even Smokin’ Aces at times.

Most of the cast are great in their roles, especially Brad Pitt, Aaron Taylor Johnson, Brian Tyree Henry, and Joey King.

The action is solid throughout, not only fusing comedy with it (like how Jackie Chan would even though this doesn’t come close to what he does) but it is very well-choreographed.

While the story isn’t anything we haven’t seen before, it still manages to be interesting and intriguing; David Leitch moves the film along at a good pace for the most part balancing both the comedy and action.

One aspect that I did feel could’ve been better was the finale which does feature does very noticeable green screen which was distracting and the pacing does slow down quite a bit during that time.

Overall, Bullet Train is a fun summer popcorn film that has a great cast, enjoyable set-pieces throughout, moves at a fairly decent pace, and is well-directed.