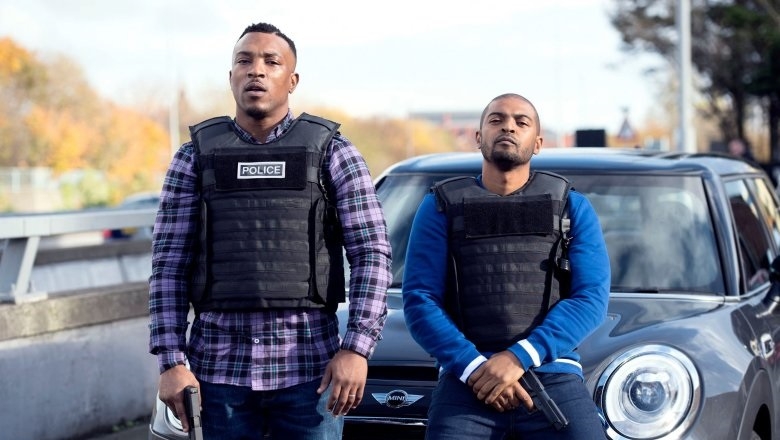 Another typical buddy-cop show that stands out due to it’s plausible study of UK criminals and sensible duo’s banter.

Plot: The premise follows two best mates bonded by the same moral code despite their differences. Packed full of humour, action and emotion, the show is about friendship, conspiracies and ghosts from the past.

This took awhile to warm up to but by either the second or third episode, even the most hard-to-entertain viewer should be back ready to binge the rest of the six-episode series. The chemistry is easy to but into thanks to Nick Love (who’s done similarly moody pieces like The Football Factory and Outlaw) and co. allowing both the comedy and criminal investigations depend on each other, often inserting together as opposed to separately so it never feels like an afterthought (unlike so many garbage American buddy cop films).

It helps that instead of having one partner be the loose cannon that both detectives are professional at their job but both do it differently allowing for more conflict and plot twists as a result. This also in a way becomes an office dramedy at times given how no matter where you work, everyone has encountered someone who doesn’t do their job 100%. It was also a good idea to have Ronnie find out that the big crime case hits close to home as it gave the characters much more t do and figure out instead of being one-and-done after the main case.

The show comes recommended for those who are tired of rewatching 48 Hrs. and Lethal Weapon for the billionth time, and want another buddy show to watch. Avid British TV aficionados also have nothing to lose here especially if they’re familiar with the genre, cast and crew. Watching it on the edited CW American channel makes little difference as the strong language is sparse and there are plenty of other gags that will make for light chuckles.