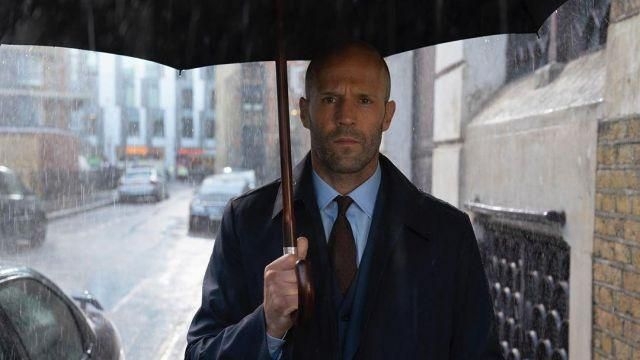 Can You Pull Off Jason Statham’s Suit Look?

Celebrities play a fairly strong role in the lives of many people. Celebrities influence everything from how we allocate our time between work and leisure (and specifically in front of a TV or in a movie theatre) to what we eat and how we dress.

Even though celebrity influence may vary, depending on who you are and how valuable you find a celebrity’s opinion, celebrities play a large role in shaping our society.

Of course, not all celebrity actions or decisions are praised by their audiences. Sometimes their decisions face a degree of skepticism and in other cases outright backlash.

Fashion is one area in which celebrities have a stronger influence. The fashion industry is largely built upon and sustained by people in the traditional fashion business and celebrities who exercise roles as social ‘influencers.’

The term ‘influencer’ has come to include most celebrities on platforms such as Instagram where people with large numbers of followers also have a significant influence in lifestyle, fitness, and fashion. These people can then be paid to advertise a variety of products.

Many people who spend time online have first-hand experience with influencers. Some of their primary platforms include Instagram and YouTube. Although most ‘influencing’ exerted by platform celebrities is received positively, let’s instead look at something that has had a bit more of a mixed response: Jason Statham wearing suits with no socks.

It wasn’t an ad for suits or shoes or the absence of socks, but either way, Statham’s bold look made its way around the media and onto the plates of people ready to give their opinion.

For context, Jason Statham is a well-known action star. Famous for starring in such movies as The Expendables and Transporter, Statham isn’t really a go-to in the fashion world. But as a celebrity, he’s pretty much expected to be cool in every facet of his life.

Now, there are few rules by which all men who strive to dress well live. This includes elements such as matching your belt to your shoes, keeping shirts sleek and ironed, and wearing just the right watch for the occasion. But of course, there’s room for breaking the rules – as long as it’s done right and done well.

But what does that mean, really? To break the rules right and break them well?

Deviating from the norm can basically go two ways: people like it and it becomes a new norm or people hate it, and it forever tarnishes a celebrity’s status as a fashion icon.

The pressure on Statham to uphold and possibly advance men’s fashion was never that strong, but his fashion statements can’t be ignored. Despite being able to pull off heists and other missions, the one thing he might not have been able to pull off are suits without socks. But he took the chance to prove otherwise.

Maybe it wasn’t so bad. The jury is still out on whether or not it was a fashion statement or a fashion blunder, but one other celebrity who joined in on Statham’s look was the Rock – that’s right, Dwayne ‘the Rock’ Johnson.

Dwayne Johnson is a former professional wrestler and current famous actor, with roles in everything from The Mummy Returns to Moana, The Fast & Furious, and even Jumanji. After starring alongside Statham in Fast & Furious: Hobbs & Shaw, the two were spotted together in Beijing at a press conference looking sleek in some nice suits… but without socks.

The Rock sported a dark tan suit with a purplish/maroon button-down and matching light brown loafers. Statham, sitting next to him, was stunning in a navy blue suit with a white undershirt and matching navy blue and white sneakers.

The two looked great in their suits, but could they make it work without socks? Many people actually said yes! Despite going up against years of socially supported dress codes, Statham and Johnson killed it even without socks.

It could be that their shoes and outfits overall leaned a little more on the casual side, but nonetheless it didn’t look bad, and that’s better than expected. Rules are often viewed more as guidelines, but typically it’s good to follow them.

Lately, however, the fashion world has been expanding and advancing. Many rules about what to wear are being questioned. This seems to be a sign of the changing times: people aren’t taking these rules at face value and are instead thinking more critically about who and what tells them what looks good.

It also could have been that those people are just that cool. Statham and Johnson aren’t really your typical men. In 2016, Johnson was voted Sexiest Man Alive by People magazine. So, maybe it’s not such a surprise that the two looked good in such a strange dress combo.

Statham and Johnson are celebrities. Part of their job is to look cool under all and any circumstances. Just as is the case with women celebrities, they seem to be setting nearly unrealistic standards for men all around the world.

So, if you’re worried that you might not be able to rock the look as well as Statham and Johnson, your worries might be valid. And that’s okay. Even so, it’s also great to try out new things. You never know what look is really going to flatter your body.

On that note, if you’re planning on keeping it safe for a while. There are some ways to switch up your look without completely getting rid of your socks . For one thing, you should try out the No Cold Feet polka dots socks socks. Their amazing patterns are available in a number of colors, so you’ll find something for any outfit.

Watching Statham and Johnson step out in a risky fashion statement, they have likely inspired men everywhere to try out something new. Whether it’s strutting out in a suit without socks or more generally going against the fashion grain, their looks have made an impact on the fashion world.

So, even if you’re not as cool as either one of them, their looks should inspire you to try out new looks for yourself by expanding your sock wardrobe while still playing it a bit safe.  Is the world really ready for men to wear suits without socks?  Maybe not.  Going with variety in sock choices might be better for those of us who are not among the rich and famous.