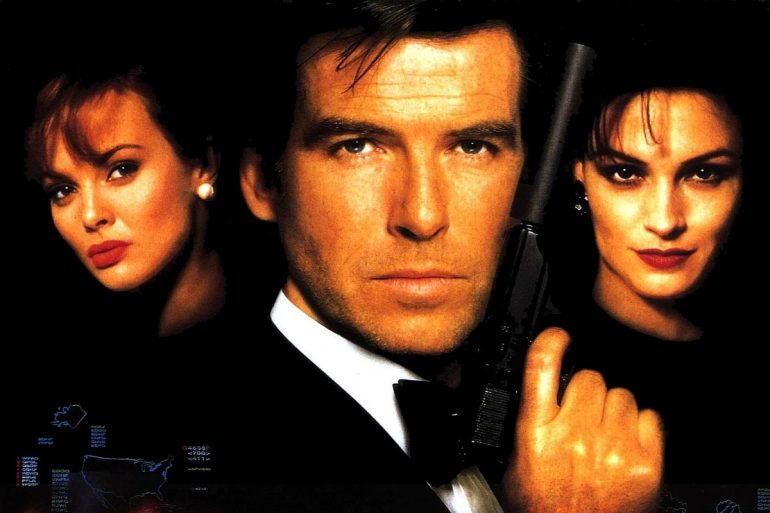 Celebrating 25 Years Since “Bond Came Back” in GoldenEye

The news that we will now have to wait till November to see Daniel Craig’s final outing as 007 has left Bond fans in an understandable state of frustration and anticipation. However, the great thing about the Bond franchise is that with its rich history, there is always something worth revisiting from across the years.

Coincidentally, this current delay comes exactly a quarter of a century after Bond’s 17th outing, for which the viewing public had been forced to wait even longer. Yes, it’s 25 years since Pierce Brosnan made his (very) long-awaited debut as 007. It had been a six-year gap since Licence to Kill, the longest in the franchise’s history, and the phrase Bond is Back had never been so resonant.

Let’s see how well the movie has stood up to the test of time.

Plenty had happened in the six years since Licence to Kill. Cubby Broccoli’s health had deteriorated, meaning the 85 year old could only take a supporting role in the film’s production, which was largely handed over to his daughter Barbara. Time had also caught up with Robert Brown, who had played the role of M since the early 80s. In the wider world, the Soviet Union had collapsed and the Cold War was over. Was there still a place in the world for James Bond?

Casting Judi Dench as the new M was a masterstroke, as it provided the opportunity to face this question head on. “You’re a sexist, misogynist dinosaur, a relic of the Cold War!” she told him.

But the Same Bond

M’s comments provided a slick way to for Brosnan to slip into the familiar Bond we remembered from past decades, but also to make him relevant to the world of the 1990s. The essential Bond ingredients were all still there. There’s the inevitable casino scene that modern day Best Casino World gamblers will find absolutely riveting as Bond plays baccarat at Casino de Monte Carlo. His opponent provides another essential Bond ingredient, the playfully named Xenia Onatopp, and the sexual tension between the two positively crackles across the gaming table.

Monte Carlo is just one of GoldenEye’s stunning locations. Filming also took place in the Swiss and French Alps, Saint Petersburg and Puerto Rico for the concluding scenes in jungle and at the observatory.

Brosnan at his best

Everyone has their favorite Bond, but both fans and detractors of Brosnan tend to agree that he slipped into the role as if it was a tailor-made tuxedo. Bond movies of the 1980s and 90s tend not to be favorites with the critics. GoldenEye, though, is the one outing from that era that consistently makes it into most people’s top tens, alongside acknowledged classics from earlier and later decades like Goldfinger, Casino Royale, The Spy Who Loved Me, Skyfall, and Dr No.

So while we patiently count down the days till November and the new Bond release, why not revisit that almost forgotten period in Bond history and remember what happened the last time we had a long wait for those magical words Bond is Back?