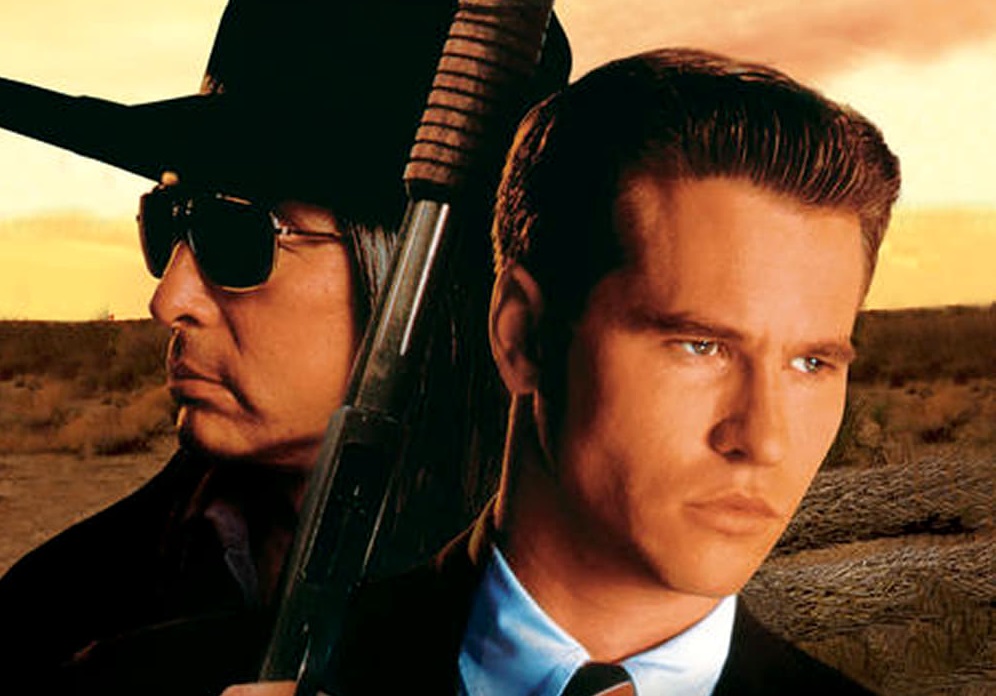 Celebrating 30 Years of the Underrated Thunderheart (1992)

Plot: A bloody murder on a Native-American Reservation in South Dakota forces rookie FBI Agent Ray LaVoi (Kilmer) to confront his childhood and heritage while investigating the crime.

I hadn’t seen Thunderheart in almost thirty years when I bought the DVD recently, but after watching it a few nights ago, I’m sure glad I did.   This 1992 film is one of Apted’s best films next to the stellar Gorky Park, and Kilmer has never been more likeable in such a three-dimensional role.

Shot in genuine locations (not Georgia), Thunderheart is an old-school thriller that uses its excellent screenplay and characters to develop the story, rather than relying on huge effects or ridiculous plot twists. As a down-to-earth thriller, it’s one of the better crime dramas of the 90’s, and it definitely doesn’t get the recognition it deserves.

Val Kilmer is easily the best thing about this film. He manages to portray both sides of LaVoi with utter sincerity and conviction. The first half of the film, he’s a gung-ho, by-the-book G-Man, who thinks he knows better than everyone else and will do whatever it takes to get the job done. By the 55 minute mark, when he is forced to confront the truth and open himself up to who he really is, LaVoi becomes deeply sympathetic and we have no trouble cheering him on when he lays waste to a gang of gun-toting rednecks.  Kilmer gives his all in this role, and it’s great to see him play such a humble character that ends up being much deeper than we thought he ever would be.

Graham Greene (Dances with Wolves) plays Crowhorse, the Native-American cop who reluctantly teams up with LaVoi and ends up being his spiritual teacher of-sorts, and the pair are pure dynamite.  LaVoi is clean-cut and all procedure and Crowhorse is the complete opposite and rides around on a motorbike and carries a rusty .45. The friction between the pair is perfect – dramatic when it needs to be, playfully funny when it wants to be – and the two actors work well off each other.

The late, great Sam Shepherd plays Kilmer’s slimy veteran partner, and like anything Shepherd was in, he makes the role his own. What a great actor he was. Shepherd could convey a plot point with just his face or an expression. I miss actors like him.

The supporting cast is made up of familiar faces (the ruthless Fred Ward and stoic Fred Dalton Thompson) and some newcomers like Sheila Tousey, who plays a Native –American teacher at odds with the authorities over the treatment of her people and the land. Tousey is brilliant and holds her own quite well against the powerhouse cast. Shame she wasn’t offered more roles like this.

Director Michael Apted, no stranger to thrillers, directs Thunderheart with a keen eye for detail and grit. The beautiful, rustic landscape is another character in this intriguing mystery, and Apted and DOP Roger Deakins capture it wonderfully. Although a thriller, Thunderheart has a few pulse-pounding action scenes, and I feel that, because Apted wasn’t an “action” director, he brought a fresh eye to these scenes. Like Guy Ritchie with Wrath of Man, Apted shoots the mayhem in a way that isn’t the norm and makes a mundane car chase look like a new concept.

If you want an original, 90’s thriller, with a cracking script, sharp direction and rock-solid performances, Thunderheart is the movie for you! I miss the days when pics like this were the norm.