Kino Lorber’s new Blu-ray of D.C. Cab arrives at the right time in this dreary, depressing era, and so it’s ripe for rediscovery. The tomfoolery and comedy and various action dynamics of the film will certainly help alleviate your mood these days.

A struggling Taxi cab company gets a boost when its misfit employees band together to make it thrive again.

Joel Schumacher’s directing debut came in the form of this ensemble comedy/action movie, showcasing Mr. T (who was a hit on T.V.’s The A Team) and David and Peter Paul, of the Barbarian Brothers. The story revolves around a struggling taxicab company in Washington D.C. and all of the misfit drivers who work there. An orphaned teenager named Albert Hockenberry (Adam Baldwin) goes to visit his surrogate uncle Howard (Max Gail), a Vietnam vet who has a hard time keeping his cab business afloat. His drivers get robbed on a daily basis, and some of them are more trouble than they’re worth. Mr. T, Gary Busey, The Barbarian Brothers, Bill Maher, Charlie Barnett, and Paul Rodriguez all play the drivers, among others. The plot is pretty thin, but when Albert gets kidnapped by a team of thugs who steal a child for ransom (he’s at the wrong place at the wrong time), the D.C. Cab Company come to his rescue, with one-on-one fights, ruses, and dim-witted heroics. Mr. T figures in the action predominantly.

For a lightweight action comedy, this one’s pretty “R” rated, with crude humor, profanity, and nudity, but it’s surprisingly bereft of action. The Barbarian Brothers have smallish roles, but the brand of humor they became known for isn’t on display. Mr. T is no-nonsense as usual, and the rest of the motley cast does what they can with their roles. Mr. T was in Rocky III and Penitentiary II the previous year. Schumacher also wrote the script.

Kino Lorber’s new Blu-ray of D.C. Cab arrives at the right time in this dreary, depressing era, and so it’s ripe for rediscovery. The tomfoolery and comedy and various action dynamics of the film will certainly help alleviate your mood these days. It looks nicer than the previous DVD release from Universal, and it comes with a new audio commentary by a film historian and film critic, plus the trailer and radio spots. 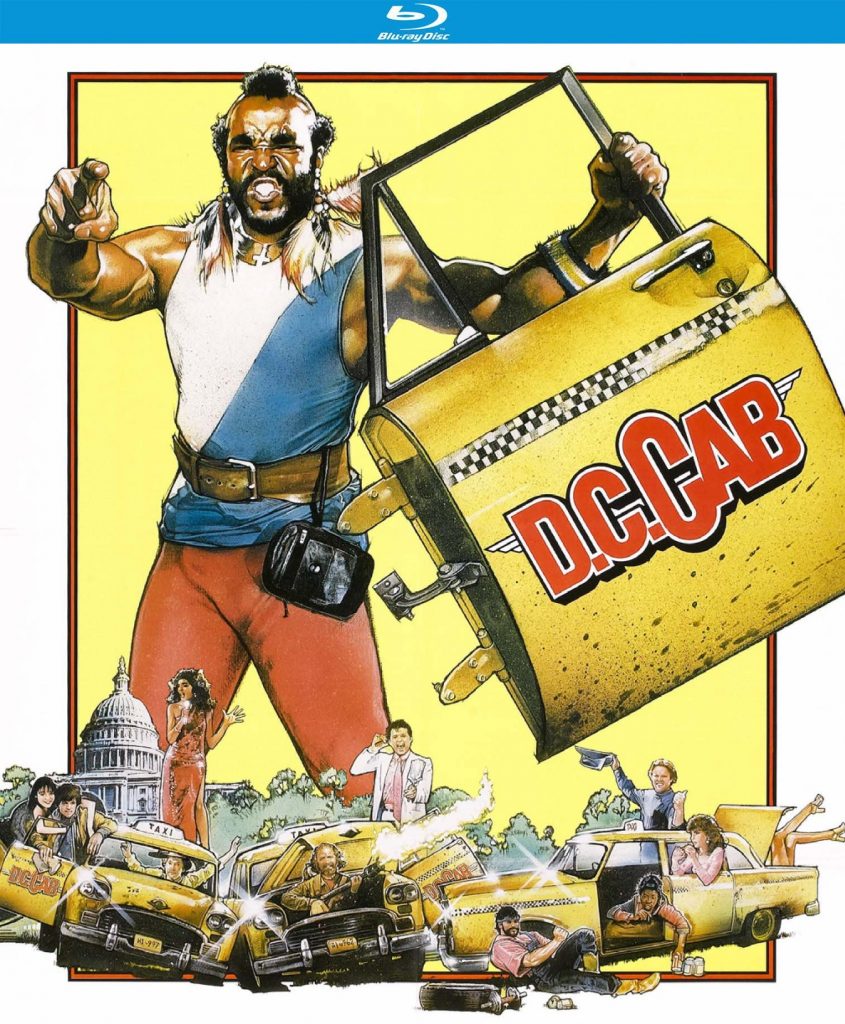