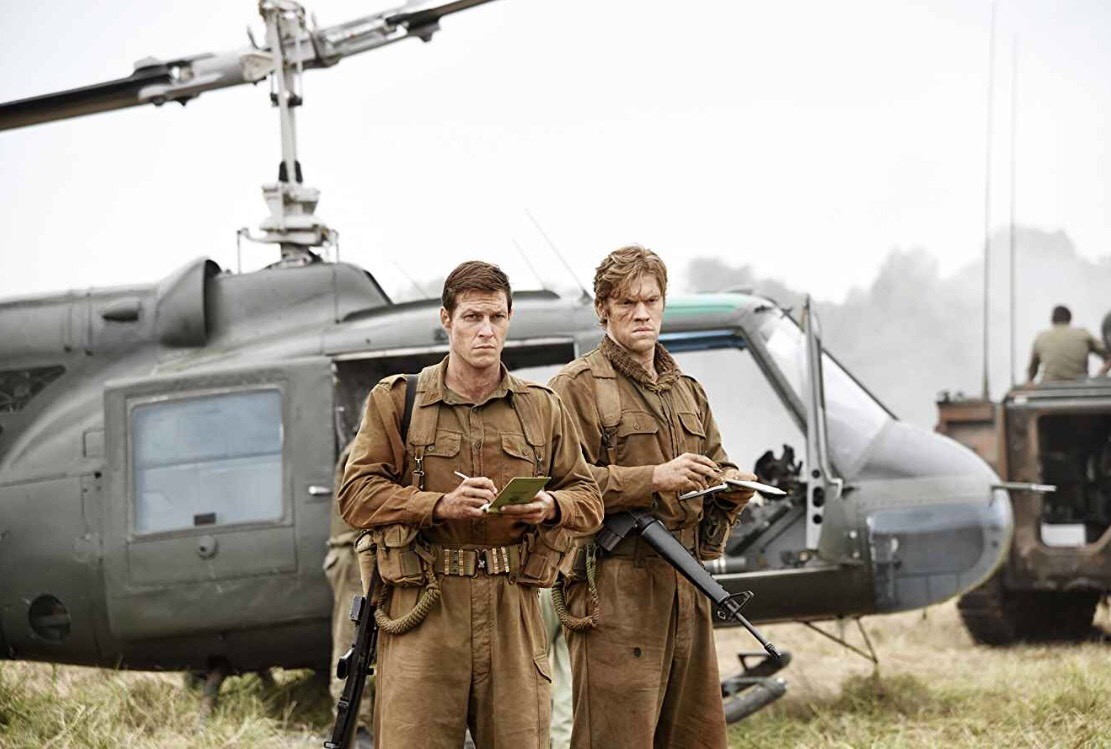 An average yet sometimes watchable Vietnam picture with little to recommend.

Plot: S. Vietnam, late afternoon on August 18, 1966: for 3.5 hours in the pouring rain amid the muddy shattered trees of a rubber plantation called Long Tan, Major Harry Smith (Travis Fimmel, Vikings) and his dispersed company of 108 young, inexperienced Aussie and New Zealand soldiers are fighting for their lives together. Assigned to hold off an overwhelming enemy force of 2,500 battle-hardened Main Force Viet Cong and N. Vietnamese Army soldiers, and their ammunition is running thin!

Review: I flat out lucked out on this by entering the Action Elite giveaway for VOD digital codes and didn’t expect to win a copy. That’s enough motivation alone to write up a review. Yes, yes, it truly is! I’ve always found Travis Fimmel to he a decent action/dramatic actor in shows like Vikings and films like The Baytown Outlaws. He could’ve easily been the next Brad Pitt or Mel Gibson but while he was slowly getting bigger roles, it took awhile. But here we are now and he brought promising rising star Luke Bracey and Richard Roxburgh, who I thought had retired to Aussie TV, with him. Stuart Beattie, has gotten some acclaim for his scripting but once I found out that Pirates of the Caribbean and Collateral first drafts were both heavily rewritten, and seeing how his solo projects were def not good in any fashion, he was one to add to the “overrated hacks” list. And seeing multiple writers on one film is often worrisome as that’s often a case of too many cooks in the kitchen.

However, sometimes you just have to take a blind chance with entertainment sometimes and when you do just that, you might get the unexpected pleasant surprise. Here we have a battle that’s not often recreated in other films (more often inspired by) and this time the film crew wanted to actually detail it reasonably in-depth. This film might bring little to the table thematically but it does what it sets out to do still rather well. Once again, we focus on our crew of soldiers who are essentially kids when you boil it all down, much like what’s been noted in other acclaimed depictions of either World War and previous ‘Nam dramas. It is well-shot and incorporates air strikes, forest raids and tank battles altogether.

Unfortunately, it’s overall rather strenuous from the get-go, let alone repetitive even by War movie standards. You won’t see anything that hasn’t been done better in We Were Soldiers, Platoon or even Siege of Firebase Gloria. If anything, it could work as background noise while you do laundry but that honestly would be too much effort even then. If it shows up for free on a streaming service, pull the trigger. Otherwise, you can buy it but forget that you’ve even seen it after you’ve made such a deposit.