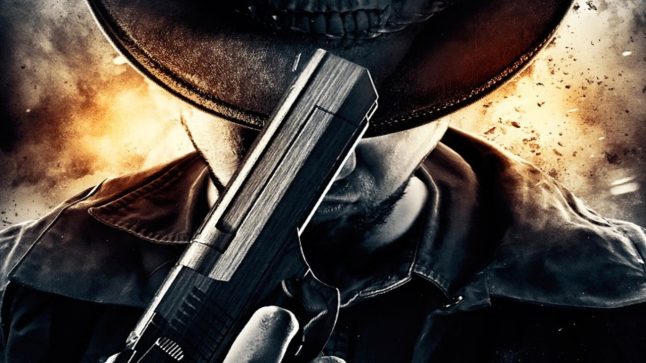 Review: I know exactly what writer/director Jeff Ferrell was going for when he set out to make Dead West (originally titled The Ladykiller, which suits the film better). He was enamored with films like The Hitcher and William Lustig’s Maniac, which he lovingly homages in his own film in an extended scene set at a drive-in where we see an infamous moment from Lustig’s grimy slasher masterpiece. Ferrell’s movie is convinced that the story it’s telling is essential, and his script is overconfident, but he makes several big mistakes as he lays the movie out in a nearly two-hour running time. The film is about a guy who knows exactly the kind of man he is: He’s a violent, unlikable serial killer who preys on attractive women he meets, sometimes sleeps with in hotel rooms, and murders them the moment he realizes that they’re not the woman of his dreams. Usually the women he slays (with his pocket knife) realize just seconds before he kills them that he’s a major creep and that they’ve made the mistake of their life thinking he was just some guy looking to get laid. He’s a drifter, spreading death in his wake, and one night he kills a young woman, whose brother got a good look at him in the bar just before the act, and the brother begins hunting him down across Texas, leading to an inevitable confrontation between the two. But just who is “The Ladykiller” and what’s he all about? Even if he does eventually find the right woman, will she be enough to tame his murder lust?

Here’s where Dead West goes wrong: There’s absolutely no suspense or style to it. The story almost implicitly follows The Ladykiller (played by Brian Sutherland), only cutting to the man hunting him a few times in the story to set up a lackluster confrontation that occurs around the one-hour mark. Imagine if Rutger Hauer and C. Thomas Howell had their final scene together only halfway through The Hitcher? Where does that leave the audience? The Ladykiller character is not a well defined – or even an interesting – creation. We see him committing murders, and he also steps in several times to help innocent bystanders (by intimidating those victimizing them or by killing the victimizers), which casts him in a very confusing and contradictory light. Writer / director Jeff Ferrell clearly believes that The Ladykiller is a character to rival the Frank Zito character from Maniac, played by Joe Spinell, but not so. Zito was pathetic, and had an obvious mommy complex, while The Ladykiller character is just vindictive and angry, and apparently untouchable as he lives to carry on his pointless murder spree.

Other problems with the film are that the score feels wrong as it’s placed in scenes that don’t need music. Some cues, intending to spark dread in the audience instead incite unintended laughter. The film is also woefully devoid of blood or gore, which is really bizarre considering its inspirations. I have no problem with low budget independent movies for trying their hardest to deliver thrills, chills, and action on little funds, but when the result is as lacking and confounding as Dead West, I have no choice but to criticize its execution. It should also be said that the movie is being marketed as an action / horror / western hybrid, but that’s all wrong. It’s a very disappointing serial killer drama with a misguided revenge plot that goes nowhere.