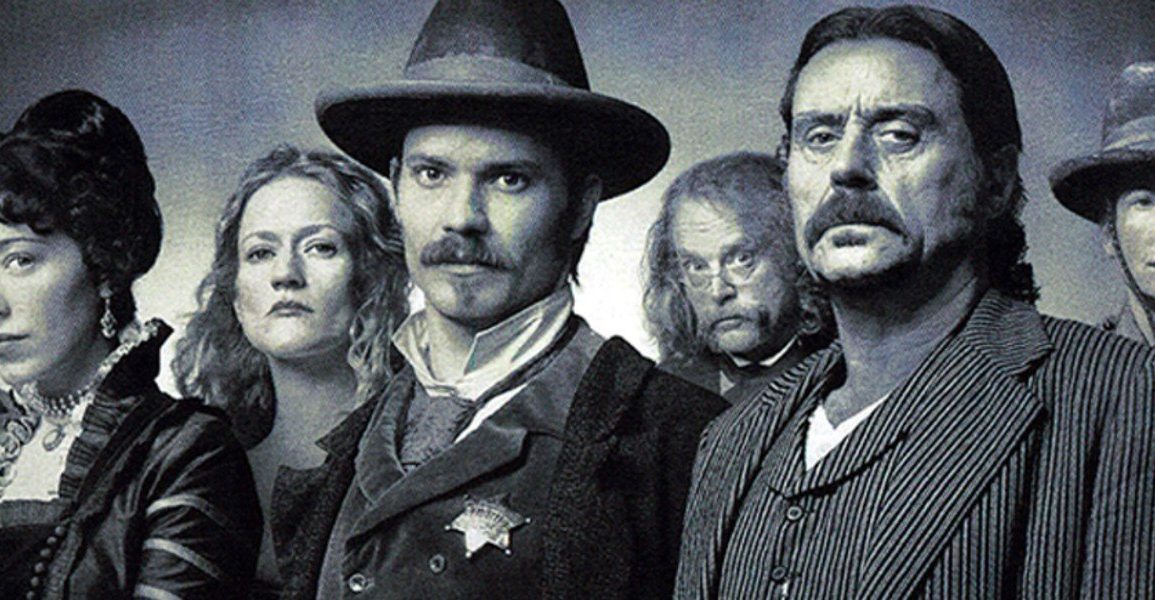 One of HBO’s Top 10 TV shows that keeps aging like every fine wine thanks to the mix of historical interpretations, brutal conflict and rich characterizations.

Review: Creator David Milch had previously been the main writer of several crime shows conceived by hotshot producer Steven Bochco. On Hill Street Blues, Brooklyn South and NYPD Blue, he perfectly illustrated the main characters’ motives, pathetic habits, vices and the many colorful criminals they arrested on the streets. Here, Milch was commissioned by HBO execs to follow up their acclaimed but low-rated show Rome but set it instead in the 19th century Wild West. Milch and his staff were up to the challenge of doing their usual subtexted dialogue that summed up everything that an all-star cast of characters can have in a sharp energetic script: wants, needs and goals. They inject these moments perfectly without sounding redundant or too clever for their own good.

I had seen parts of the show back when it was first on (it was both not age-appropriate and past my bedtime!) and I always heard about the actors and knew that this show helped them become better-known. I finally took the plunge onto HBO Max since everything is on there and I no longer had an excuse to have not already seen this acclaimed trophy of a show. I knew I would like it given the cast and other talent involved (Walter Hill even directed the Pilot episode!) but it truly has a largely underestimated well-coated environment as one does actually feel like they’re in the existing timeline as opposed to a fancy-looking soundstage. The show has been largely liked by most audiences and critics but the only real complaint has been that the accuracy of the character’s cursing was deemed questionable.

I was not bothered by it as regardless of when the actual profanity came into existence or hiw it might have sounded, this was the right kind of creative license as there was a reason for it, you can believe that some kind of off-color insults were second nature for all the town’s inhabitants and it didn’t feel over-the-top like The Sopranos and other cable TV shows often overused that freedom just for the hell of it.

I also read up on how the show’s crew read museum documents on the course of events in order to organize the show’s narrative while also basing supporting characters on other key figures in that timeline in addition to adapting some of the better known legendary outlaws and anti-heroes. The show also takes on themes involving business partnerships, smallpox plagues, feuds with various Native American tribes (some which were just out of bigotry) and other callous (sometimes even morbid) incidents that foreshadow other characters’ eventual conflicts with one another.

The cast all stands out and all of them get their special moments to showcase their brooding tension arising, inner conflicts and every character’s growing intolerance for one another. Some of the characters end up having physical, mental and other common disabilities that were accurate of that pre-heavy medicine based period and it’s cool to see that represented as it helps show the stakes that are raised and only helps complements the rest of the blunt conversations and inevitable town disputes. Definitely a true trophy to be continually rewatched every few years as it’s one of HBO channel’s more atypical outings.