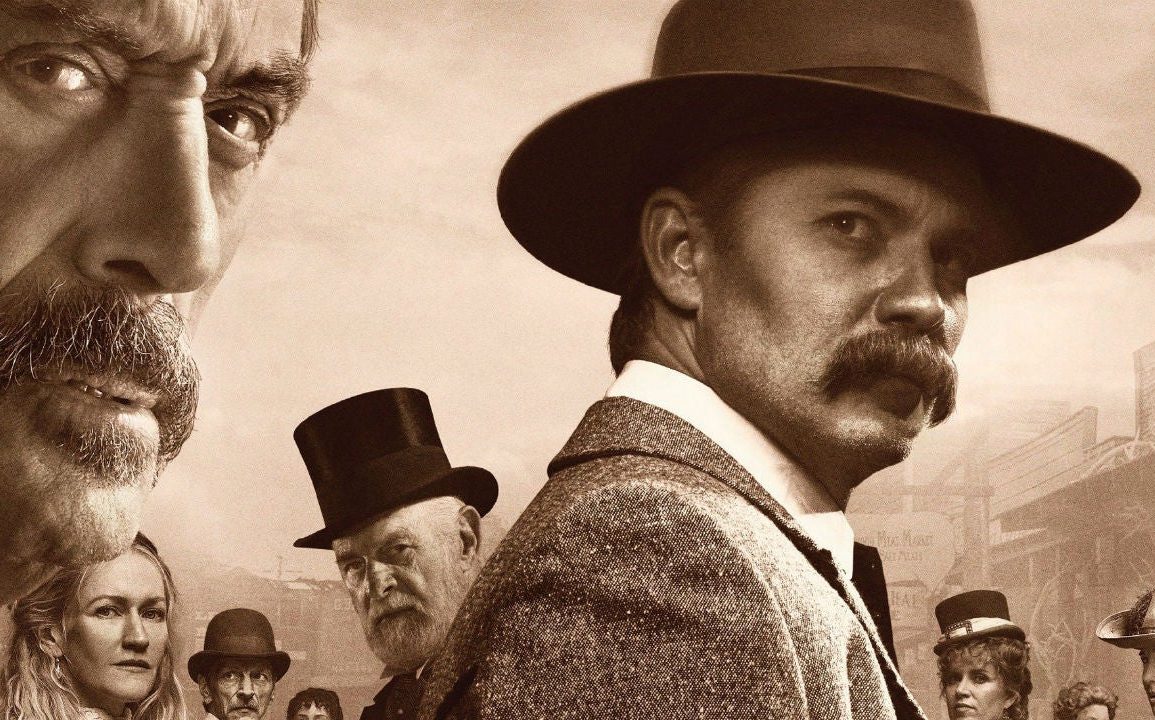 An enticing comeback film that also serves as the long-awaited series finale to the beloved HBO show. Think of it as either a standalone Western TV film with a film budget or as a well summed up final 5 episodes but either way it works quite well!

Review: Continuing a hit TV show in the form of a movie was obviously nothing new but this fortunately was similar to other hit shows (including X-Files, Babylon 5, 24 and Star Trek) where they allowed a 2 hour wrap-up for the show while still being a competent stand-alone genre piece.

There had been other film continuations of HBO shows but they had a pretty bad track record with that previously (see Sopranos, Entourage and even Sex and the City!) and this fortunately was an exception to that rule. Hardcore Western enthusiasts will embrace this due to the attentive detail and set designs while many show fans should delight for some kind of closure to the saga.

Al is still a moody anti-hero who loses a few more fingers and schemes his next powerplay while healing; Bullock is still willing to get his hands dirty taking down any disruption in the town while keeping his family safe; Miss Elseworth (Molly Parker, Goliath) and her business dealings are still intriguing; Senator Hearst is still a ruthless power obtaining prick; Calamity Jane (Robin Weigert, Chicago PD) still has some intriguing side quests and adventures; and it’s great to see Charlie get avenged by his pals after he’s murdered!

Once again, what set this mixture of historical figures and fictional artistic license apart was how the dialogue was well-structured, the whole setting felt sincere and any change in the Wild West legends folklore was forgivable as much like Young Guns and Tombstone, it was a solid use of the good vs. evil storytelling instead of feeling like any other epic that didn’t handle it with some special care. I also liked seeing remembrance pieces to other dead characters like Wild Bill Hickok and Mr. Ellsworth as that was both fitting for loyal fans and to showcase how the characters were remembering fallen comrades. Don Swayze (Criminal Minds) and Tony Curran (Ray Donovan) did good as the newest henchmen to Hearst who are smooth about how they handle their otherwise murderous affairs. They end up having to attempt to silence Samuel “The Negro General” Fields (Franklyn Ajaye, The Burbs) since he’s both a witness to their murder of Charlie and despite being likely to hang for the crime they committed, the Senator doesn’t want to leave any loose ends.

This takes up the second part of the film and helps bring it successfully to a close as it allows Bullock to end the conflict and exchange cat-and-mouse threats with the Senator and his other heavies. The show never dragged and made each single moment of character development and world building count and this film is no exception either. It might not be a complete story but they do a great job of inserting flashbacks to the earlier show too so it at least is a complete film instead of feeling confusing to non-fans or like a cheaply yet rushed wrap-up to fans who just want an instant conclusion.

It’s all well detailed, rather taut and efficient as a whole. If they wish to do another film before saying farewell, I’d be down to see it but I also know the chances of that are unlikely as HBO is focusing on trying to do too many new things each year like taking advantage of their whole MAX app’s library subscriptions and that creator David Milch was recently diagnosed with Alzheimer’s. At this point, it’s safe to say “farewell” to this beloved show and I’m glad they were allowed another go at it at the very least. I can’t say they didn’t make any good use of the formula and it was clearly not a lazy retread.