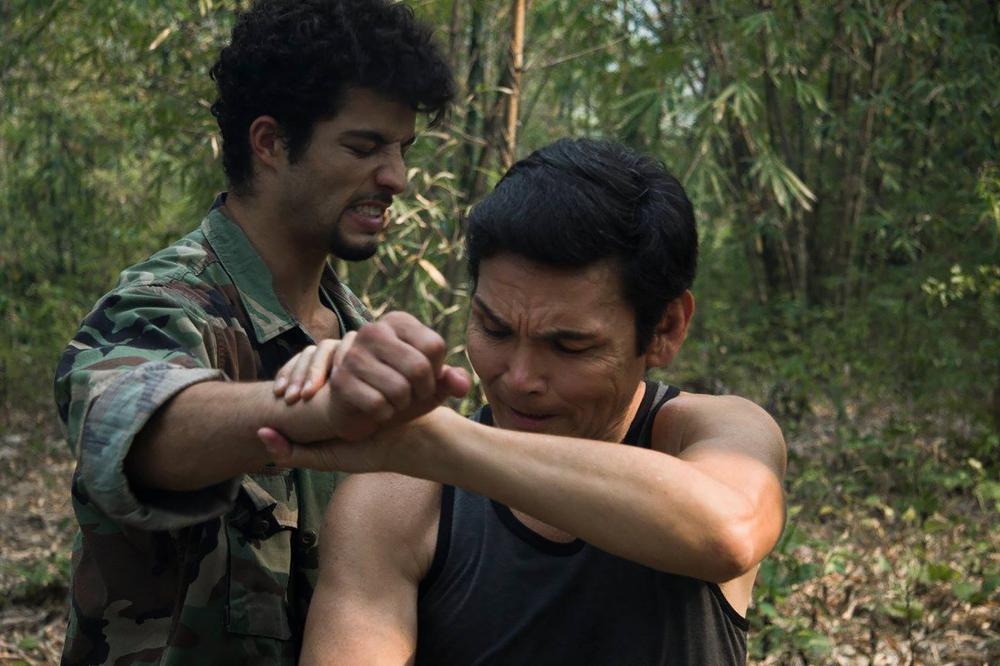 Death Fighter is a fun Expendables-style actioner with a great cast that maybe doesn’t do quite as much with the concept as it could but fans of Don “The Dragon” Wilson and Cynthia Rothrock should check it out.

Plot: After his partner is killed, a cop teams up with a mercenary to take down his partner’s killers.

Review: Death Fighter is another breezy if non-essential Thai-set Action flick. Originally named White Tiger (no relation to the Gary Daniels’ classic) and completed around 2012, it was renamed as is and makes use of its limited resources to still keep the humor and action going as steadily as permitted on a limited budget.

Michael Turner (a star-making role for martial artist Matt Mullins), which is such an American name(!), wants justice for the death of police partner Conrad (the late great fighter Joe Lewis in his final role), which often sounds pronounced as “Connery” when shouted(?). He must take on crooked authority figure Peter (Jawed El Berni) and Valerie (Cynthia Rothrock) with the help of sexy Thai chick Yu (Chiranan Manochaem, who’s too cute and skinny to be believable) and foreign contact-turned-mentor Bobby Pau (Don “The Dragon” Wilson, who looks fit as ever and is the main reason one should bother renting this). That’s literally it for this slim plotted film.

While it doesn’t quite take advantage of The Expendables type packaging it promises, this nonetheless comes recommended due to not lacking reasonable production values, making use of its cast of both newbies and veterans (no bait-and-switch here), and keeping everything simple. The camerawork is never shaky or inconsistent with digital camera speeds and does a lovely job of using natural scenery while avoiding the dreaded overexposure and low sound decibels that so many indie films become victims of. The music works in blending modern-day heavier gritty and electronic music with a goofy ‘80s/90s era type Filipino soundtrack that feels like a proper homage as opposed to the usual “trying-too-hard” vibe you get in too many big-budget films.

Had the film had fewer slower moments (don’t worry, you won’t need the fast forward button) and maybe tried having a creative villain plot and some one-liners, it would be more than just another typical Action movie tribute. But as it stands now, it’s does more things better that most indie flicks lack and is still worth renting for Wilson carrying the weight of this film on his shoulders, the watchable atmosphere, the undemanding mood, the Rambo style finale, Mullins’ earning his keep as a B-Action champ and Wilson’s final fight with Rothrock.