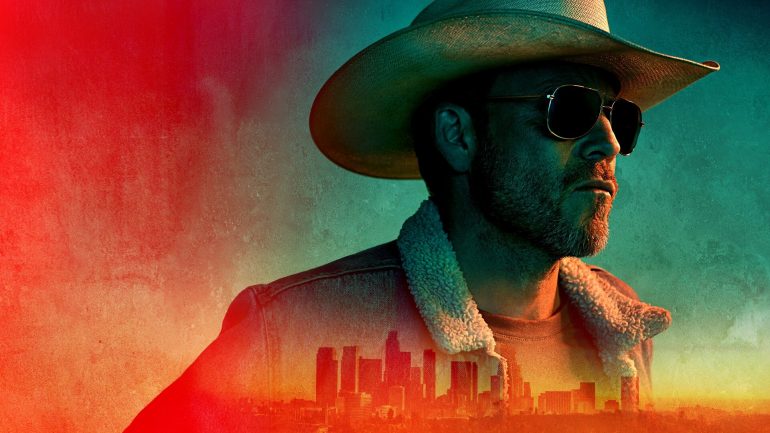 Plot: The LA County Sheriff’s elected sheriff suddenly dies, thrusts the most unlikely man into the job: Bill Hollister (Stephen Dorff, Blade), a fifth-generation lawman who’s only interested in justice. Bill butts heads with the hospital’s chief trauma surgeon, who is also his wife, Dr. Paula Reyes (Yara Martinez, The Unit). Given a job he never wanted, in an unfamiliar sea of politics, Bill quickly learns that doing what is expected and doing what is right are two different things, and that his innate, dogged pursuit of justice is the only skill the job truly requires.

Amongst the many manhunts, hostage scenarios and authoritative measuring contests, there is a heart AND a soul. Yes, anyone can argue that the many procedurals can get repetitive or be filler small-screen material. But it never matters if the subjects on the small screen fascinate and the material feels fresh enough each week. The show is instantly off to a good start by following the Longmire tradition of mixing in Neo Western tropes and sheriff elections. And given David Ayer’s involvement, you get not only the same rather liked tropes of his other L.A.-set crime films (like SWAT, End of Watch, Dark Blue and Harsh Times) as well as many of his same supporting actors who have been in Ayer’s previous productions. Everyone is insanely diverse in their characterizations due to their raunchy dialogue or grounded mannerisms.

So while it’s not a guilty pleasure type of show like T.J. Hooker and it’s not as structured as something more respectable like Justified, it still can easily compete with Ayer’s beloved films as well as other dramatically engaging crime genre shows like S.W.A.T., Chicago P.D. and the 9-1-1 TV franchise. It helps too that it’s not reliant on cliffhangers, shocking crime scenes openings nor annoying gimmicks while having a serialized sticky drama that will make one want to see how it gets resolved (if ever). Kudos as well to the action scenes moving the story forward as that seems to rarely happen in any TV show nowadays where it serves a purpose.