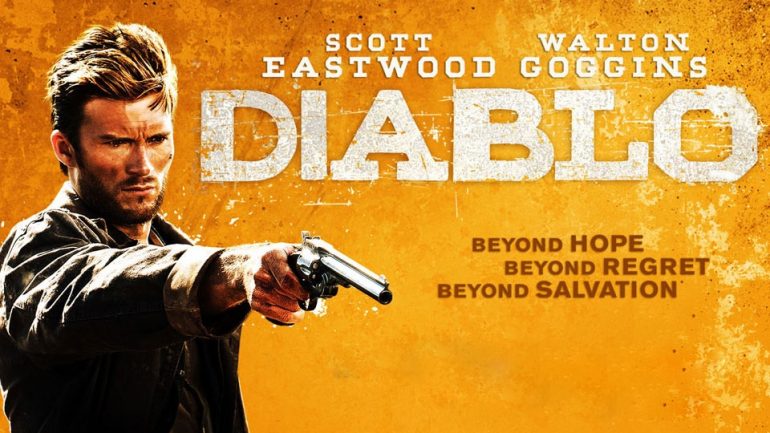 It’s a lean, mean little drama with some slaughter thrown in, but I’m not sure fans of westerns will dig it. It’s got some nice aerial drone shots, an appropriately spaghetti western-ish end title piece of music, and some recognizable faces in the cast, but again, I’m not sure who this movie is for.

Plot: A young civil war veteran is forced on a desperate journey to save his kidnapped wife.

Review: Civil War veteran Jackson (Scott Eastwood, who is a shadowy image of his father Clint) is on a quest to reclaim his wife, who was kidnapped by a band of Mexican raiders. He rides his horse like hell’s coming with him, and when he begins encountering vagabonds on his journey, we know he’s a force to be reckoned with, but when he runs into the cold-hearted killing machine Ezra (Walton Goggins), the quest is interrupted. Ezra, a self-aware lover of murder and death, throws Jackson for a loop: They are not quite polar opposites, but truly two peas in a pod as they recognize each other from their days of war and sense that the war (seven years over) changed them for the worse.

After becoming wounded, Jackson resumes his quest after putting Ezra in his place, and then he’s rescued by a tribe of Indians, who try nursing him back to health. The tribe leader (played by Adam Beach) sees a darkness in him that spooks him enough to send him on his way as fast as he possibly can. Later, when Jackson visits an old war pal (played by Danny Glover), the movie makes its big reveal: (SPOILER) Jackson is actually Ezra; he has a split personality and he’s a cold-blooded killer who doesn’t even have a wife.

The woman he thinks he’s married to (played by Camilla Belle) is married to someone else, and she’s been rescued by her husband and his friends, but Jackson is on the hunt to find her and make her his own. The climax is a bloody showdown, but it doesn’t go the way you think it should.

Writer / director Lawrence Roeck has crafted a very low key psychological western for young star Eastwood, who in several key scenes is a dead ringer for his dad, but Diablo at 83 minutes is over barely before it begins, so there’s not much meat on its bones. The dialogue is sparse, the mystery is fairly obvious early on, and there’s not much of a story to hang its hat on.

It’s a lean, mean little drama with some slaughter thrown in, but I’m not sure fans of westerns will dig it. It’s got some nice aerial drone shots, an appropriately spaghetti western-ish end title piece of music, and some recognizable faces in the cast, but again, I’m not sure who this movie is for. It will fill some kind of void on the VOD / Netflix / rental queue when it becomes available Friday, January 8th.