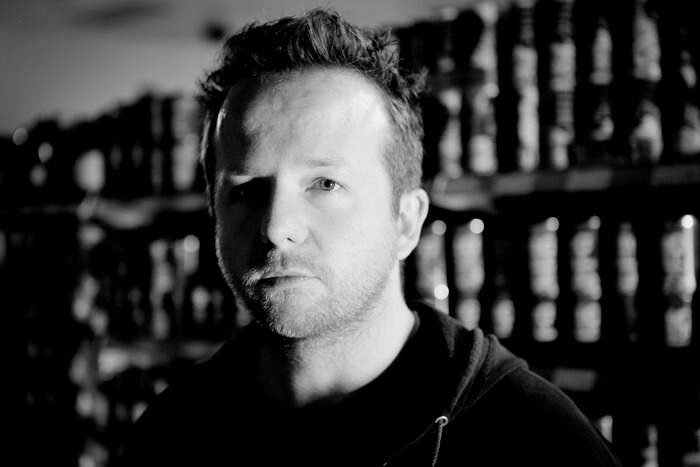 Tom Hopper stars as James Henderson in your new action movie Kill Ratio; how did you guys meet and what made him the right choice for Henderson?

We first met during pre production for the film. I’ve always enjoyed his performance in Black Sails and thought he would be great for the role. Not only is he tall, good looking and well built, but above all he’s a great actor and perfect as the guy with a slightly mysterious background who keeps his head when the shit hits the fan. I’m glad he came and did the film because he was great to work with and awesome in the role.

What was it about Kill Ratio that appealed to you and how did you get involved?

Partly it was the challenge of creating an exciting story with a load of action pieces but never ever leaving the confines of the hotel grounds. We see the revolution happening through the eyes and experiences of the people in the hotel, stuck and trying to find a way out. Mainly it was the great cast – the entire ensemble of Tom, Amy Huberman, Lacy Moore, Nick Dunning, Brian McGuinness, Luca Pierucci and Michelle Lehane are not only fun to work with but so good at what they do. As a director, it’s great when the whole cast are firing on full cylinders like that. I got involved when the producers got in contact and offered me the script to look at. Tristan Lynch at Subotica Films in Dublin is someone I’d work for again in a heartbeat – hilarious to spend time with and a real gent in the industry.

Initially the working title was The Fixer; how did it end up being called Kill Ratio?

It was called The Fixer while we were shooting – that title obviously referring to the James Henderson character. I think there was or is a film and/or TV show with the same title and they wanted to avoid any confusion. There’s a line in the film where someone is discussing James past in the CIA and they say he had an indefinite kill ratio – meaning he was very good at killing people!

As a director, what did you require from Tom in order to bring Henderson to life? Any particular combat training?

Thanks to his background on Black Sails and other action stuff, Tom was already heavily trained in the kind of things required. He also takes very, very good care of himself in terms of working out so he was able to do every single thing required whilst also looking the part doing it. Lots of actors have handled guns before but with Tom It was very helpful that he’s already got a background in physical stuff including sword fighting. We didn’t have a lot of rehearsal time so I think the stunt guys were impressed with how quickly he picked up the moves. Apart from that, I just needed Tom to bring his natural charisma to the role – which he did in spades.

How did you find working in Ireland?

I loved it. I’d go back again tomorrow if Subotica called. The crew were top notch and I really gelled with the DoP, Paddy Jordon, which made for a collaborative and speedy working environment. Plus he took me out drinking in Dublin! I also managed to discover – many years after all of Ireland – just what a treasure Amy Huberman is. She came in and auditioned with all the others – I had no idea who she was – and totally smashed it out of the water. She also one of the funniest people I’ve ever worked with and I really hope I can cast her in something of mine soon.

What was the toughest scene to put together?

There were logistic challenges at some points due to what the hotel had to offer as a location versus what the script required, but I’m used to inking on my feet and adapted accordingly. I think probably the sword fights – it’s a lot of action in a confined space with a lot of characters and extras in the scene and you want to do them justice. But the choreography and prep by fight choreographer Brendan Condren took a lot of the pressure off and meant they look great. Also Tom’s existing skills and Nick Dunning’s experience with stage combat meant they threw themselves into it with gusto. I’d never done a sword fight before and now can’t wait to do my next one!

As someone who has directed several action films do you have a personal preference to using CG or practical effects?

I think there’s a balance to be found between both. CG has reached the point where it’s incredibly realistic – just look at The Walking Dead, but there’s something to be said for giving the actors something more real to react to. Re-watch Total Recall and you can feel every squib going off – and you know the actors did too! But in a world where costs have to be kept to a minimum and time on set shooting is at a premium, it is increasingly the norm to do the majority in post.

Henderson is far too interesting a character to keep in just one movie; can we expect further Kill Ratios in the future?

I hope they enjoy it! There’s a something for everyone in there, action, humour, tragedy, political thrills. We’re inhabiting this small part of an Eastern European country as it goes through political upheaval, which is incredibly relevant right now. And the production design takes us into this world completely – the hotel is almost another character in the story.

What else do you have in the pipeline?

I’ve got a horror film called Once Upon A Time At Christmas coming up – it’s about a psycho Santa and Mrs Claus terrorizing a small American town. It’s Christmas carols, tinsel and lot and lots of blood!