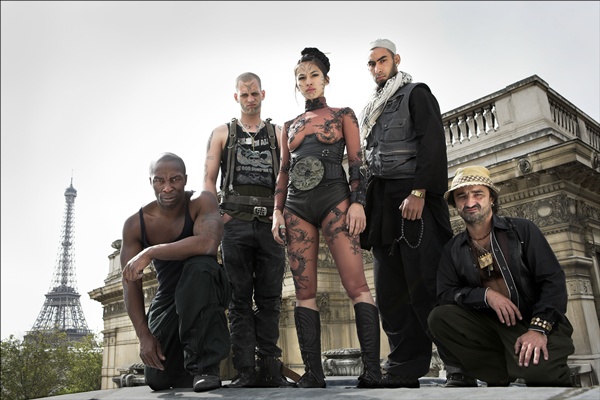 District 13: Ultimatum is a worthy follow-up that lives up to the hype of the original.

Plot: In this sequel to 2004’s “District 13,” vigilante justice-keepers Damien (Cyril Raffaelli) and Leito (David Belle) are back in the outer-Paris ghetto of District 13 in order to save the impoverished, violence-riddled community. Controlled by five ruthless gang bosses jostling for ultimate power, District 13 is in dangerous decline. To save those living within, Damien and Leito must restore peace before the city’s secret law enforcers take measures into their own hands.

Review: As someone who watches movies for the fight scenes, I would like to point out first that the fight scenes in District 13: Ultimatum are better than those in District B13. The choreography displayed much more of Cyril Raffaelli’s skills, and despite employing some excessive camera editing the original was guilty of, there was overall better handling of the camera as the fights felt more fluid and easier to follow. Aside from the hard hits the original was known for, Ultimatum draws influence from what appears to be Jackie Chan and The Transporter films such as how Cyril fends off a group of enemies with a painting, not to mention that this fight is one of the highlights of the film. However, unless you don’t mind skipping to the fights, you would first have to endure more than five unpleasant minutes of watching Cyril disguised as a Chinese woman and wearing a dress that shows the top half of his rear end. Now speaking of the highlights, the police station fight is worth the watch, and Elodie Yung fighting with a blade attached to the end of her ponytail is a honorable mention too, since this is a new addition to the District 13 series, but it could have been better had it not been for the excessive camera angles. The chases continue to be top-notch. Nevertheless the one downside of the action is that while District B13 is well-known for using straight-up raw talent with no strings attached, Ultimatum had rare instances of notable wirework usage, but that is easily forgivable. Besides the fights and the on-foot chases, that one scene where a car was driven through the police station hall was pretty cool as well.

Story-wise, I really liked how they expanded the criminal world among 5 distinct gangs, and I liked the concept and appearance of all of the gangs, especially Elodie Yung’s gang. Having to see all 5 gangs eventually collaborate as an unlikely group of anti-heroes/vigilantes to battle corrupt authority in the end to protect District 13 and pave way for a chance at the District’s redemption was a pleasure, making Ultimatum a film that you could watch next to Suicide Squad.

After all is said and done District 13: Ultimatum is a worthy follow-up that lives up to the hype of the original.