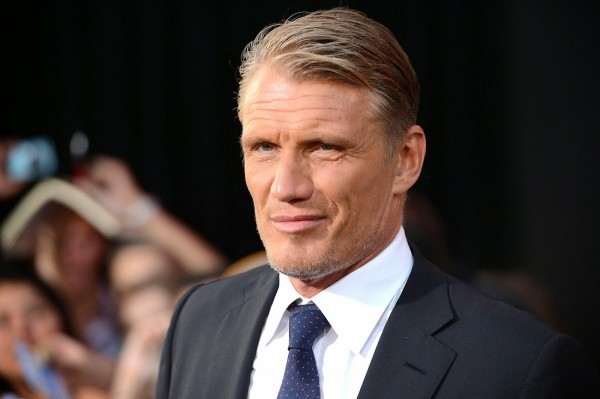 We catch up with action star Dolph Lundgren to discuss his upcoming films ‘Skin Trade’, ‘The Expendables 3’ and knowing Sylvester Stallone for three decades.

Why do you think the subject of human trafficking has taken so long to come to the attention of the public?

You know; I think there are various reasons. I think the fact that a lot of the victims are not from the Western world is maybe one of them. They’re from poor countries in Southeast Asia, Africa and Eastern Europe, so obviously that’s one factor.  If they (the traffickers) kidnapped a lot of kids from here for instance, we would probably know about it quicker. That’s one part of it. I think also that certainly like in the movie, one of the characters says ‘when they stop buying, I’ll stop selling’, and basically I think the demand for it obviously is of a sexual nature, because a lot of these kids are being used for sexual slavery or commercial prostitution, so I think because that’s kind of a taboo matter in many countries; and the West as well, that there actually is a real demand for it – I think that’s another reason why it is not as easy to go at it like drugs or guns, which are the other two biggest crimes in the world. I think financially number one is drugs, number two is guns and number three is human trafficking.

We spoke last week to Michael Jai White and Tony Jaa about their roles in the movie and they mentioned how nobody is black and white, but more like shades of grey. How would you describe your character Nick Cassidy?

Yeah, I think that’s a good assessment of the script I tried to write. I was trying to make it unpredictable, meaning all characters have some good qualities and some maybe not so good qualities. My character, he travels a big distance emotionally and has quite a big arc because he is a very good guy in the beginning – a bit of a boy scout cop – he doesn’t quite realize who he’s up against. Later in the picture, some bad things in this film happen to good people, like in real life unfortunately that’s how it is, and some bad things happen to his family and he then kind of switches and in order to go after the guys who did it, he has to kind of become like them. So I think part of his resolution towards the end of the picture is to take on the larger topic of human trafficking and also to try to deal with this inner struggle/inner pain and find some sort of resolution within himself to move on in life. That was part of the character I tried to reach for and I think that is what made it interesting to me. Tony and Michael’s characters also are all involved in this game, this topic, this issue – somehow they’ve been scarred by it in their own ways and everybody in the picture; most of the main characters are kind of scarred – good guys, bad guys and victims as well of course – how do you deal with your scars, that was the theme of the picture that I discussed with the director, that we would try and go for.

Speaking of scars; obviously there’s emotional scars but there must have been some physical scars too, because we have seen in the teaser you having a pretty full on fight with Tony Jaa. How long did that take to choreograph?

(laughs) Yeah there’s some physical scars both for the character and also unfortunately for the actors. (laughs) Well the fight with Tony, I think is the longest fight in the picture. They worked on it for about two months and myself and Tony came along later in the process and changed it and worked on it with the director and the stunt coordinator, and we shot the whole thing in around three days. It was quite an effective shoot because we didn’t have a tremendous schedule, we had forty three days in Bangkok and about four days in Vancouver for some second unit, so a pretty good schedule – 50 days – but still we had to be quick about it, so because you have to do that fight in three days you feel it afterwards, you feel it for a while – at least for a week.

[pullquote_right]He doesn’t care about the consequences of what he does[/pullquote_right](laughs) Oh gosh, how has he changed? Let me think. Does he drink as much? Yeah I think he still drinks quite a bit. (laughing) I think he has kind of simmered down a little bit and gotten a little bit more of the ‘team’. Because the first one of course he was a renegade; I was the guy you couldn’t trust. Second one; Gunnar was still kind of out there and I think in the third one he is a little more like the other guys, just probably the one who you don’t want to mess with of all of them because he doesn’t really give a shit you know. (laughs) He doesn’t care about the consequences of what he does, so I think he’s still the kind of loose gun running around, so I try and keep some of that fun, crazy stuff that he has going on. I want to keep that in there and Sly of course likes that part so he always puts that into the script which is good.

Speaking of Sylvester Stallone, ‘The Expendables 3’ will be your fourth collaboration with him. You’ve been carrying this guy for ages now. When is he going to get a career of his own and stop riding on your coattails?

(laughing hard) Yeah! I don’t know; I don’t know how to put that to him, I can maybe try…

(laughing) Yeah, I agree. I’m going to have to at some point obviously have to let him go and see if he can manage on his own, you know. But in the meantime, it’s a pleasure to work with him and it’s always fun to see him because it’s been so long now – it’s incredible – it’s been almost thirty years since I first met him and still working together and that there is something to be happy for and to try to keep it going, because in this business usually you don’t work with people for that long.

If we get to see ‘The Expendables 4’, which I assume we will, and you are playing casting director; is there anybody you would like to see join the squad?

(laughs) Let me think… casting director… well there’s guys like Jackie Chan who could be kind of fun as he has a different energy than Jet Li for instance – he has more comedic stuff going on. There are other ‘idols’ that I have in the business but it probably couldn’t work. Some of them are a little bit older; like Clint Eastwood or Sean Connery I would love, of course it would be fun just to be in the scene with them just to have done it, but I think the fans would like to see them as well. Then there is Steven Seagal, I suppose. He is a big tough guy – he could be pretty good in it. He is about my size so good to put another big guy in there.

‘The Expendables 3’ rolls into theatres on August 15.