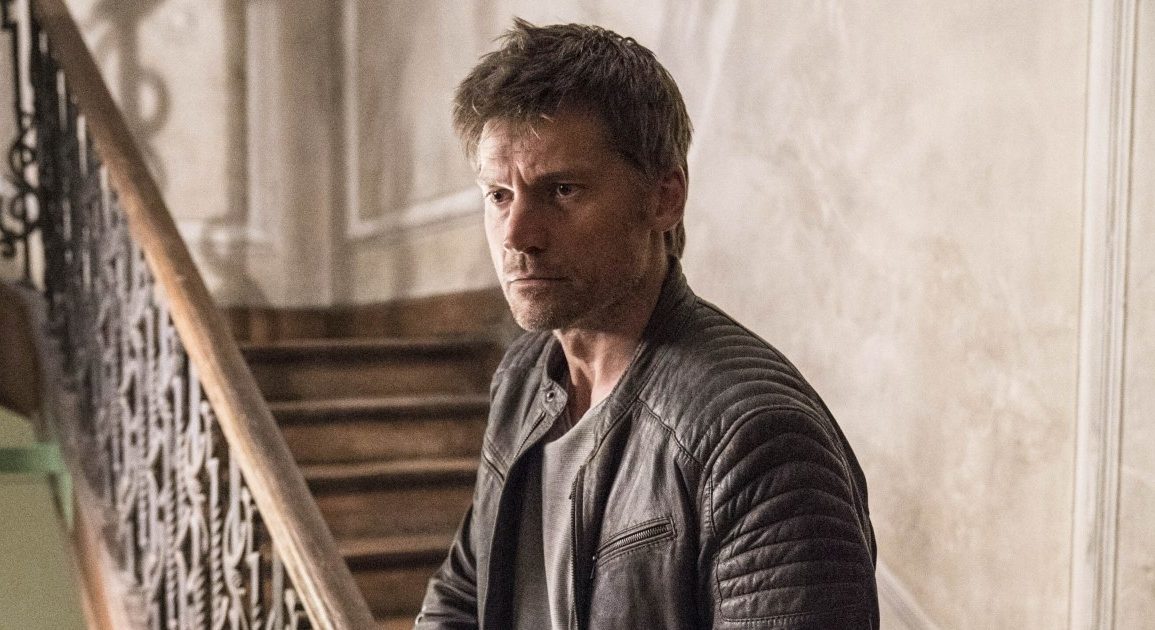 DOMINO is a mess. A clearly unfinished film that will confuse casual audiences and disappoint longtime fans of director Brian De Palma.

Plot: A Copenhagen police officer seeks justice for his partner’s murder by a mysterious man.

Review: There is no doubt that Brian De Palma is a master filmmaker. Working as a feature film director since the 1960s, De Palma has produced classic films like CARRIE, SCARFACE, THE UNTOUCHABLES, and MISSION: IMPOSSIBLE. Even that impressive list is just a fraction of the quality work he has produced over the years.

Which is why his latest film, DOMINO, is such a frustrating failure. DOMINO tells the story of two Interpol agents, played by Nikolaj Coster-Waldau and Carice Van Houten of HBO’s GAME OF THRONES, tracking down a killer who is targeting members of the terrorist group ISIS. They are trying to apprehend the killer, played by Eriq Ebouany (KINGDOM OF HEAVEN), because he murdered a fellow Interpol agent while trying to escape from police custody. All of this is occurring while a mysterious CIA operative, played by Guy Pearce (MOMENTO), pulls strings from the shadows.

If that synopsis sounds slightly convoluted it’s because it is. DOMINO wants to be a layered political thriller with nuanced morality that asks heavy questions about the war on terror.  It wants that but the film is barely coherent. DOMINO had a very troubled production. De Palma stated in interviews previously that he spent most of the film’s shooting schedule waiting for the producers to provide contractually obligated funding for the film.

Even with less shooting days than intended, De Palma turned in a rough cut of Domino that reportedly clocked in at around two and a half hours. The film being released by Saban films however has a runtime just under ninety minutes. So, we have a film with a rushed shooting schedule that lost an hour of footage between the time the producers received it and its release to the public.

Sometimes films can rise above those kinds of circumstances and still be enjoyable or even great. Sadly, that is not the case with DOMINO. Every one of those negative outside factors is readily apparent in the finished film. Many scenes throughout DOMINO occur with no lead-up or aftermath. The film simply jumps to the next scene with only sparse dialogue tying them together. It makes the film feel disjointed and causes an already confusing story to be that much harder to follow. When full sequences do play out in DOMINO, they are mostly filmed as wide master shots with standard closes ups and reactions being noticeably absent.

The film just feels unfinished. There is recycled footage, no color grading, and a title sequence that is cheap looking and clearly slapdash. The whole film looks like a pilot for a 1990s cable television cop show. It’s clear that this cannot possibly be the version of the film that De Palma wanted to release.

It’s a shame because there are good elements in DOMINO. All the leads, barring Guy Pierce who uses a ridiculous American accent, turn in good performances. Also, the sequence leading up to the murder that sets the plot in motion and the unique foot chase that occurs afterward, across slanted Danish rooftops, feel like vintage De Palma. There are other moments where De Palma’s trademark style shines through as well. There is a harrowing sequence of a suicide bomber filming themselves during an attack that uses the director’s love of split-screen imagery very effectively. Sadly, this moment gets tarnished a bit when it is recycled for a badly tacked on coda at the end of film that reeks of even more outside interference.

DOMINO was clearly intended to be an ambitious film with things to say about our current political climate. It’s unfortunate that all of that was undermined by poor financial decision making. All we are left with now is a sub-par film that leaves a real blemish on an auteur’s body of work and that is just heartbreaking.