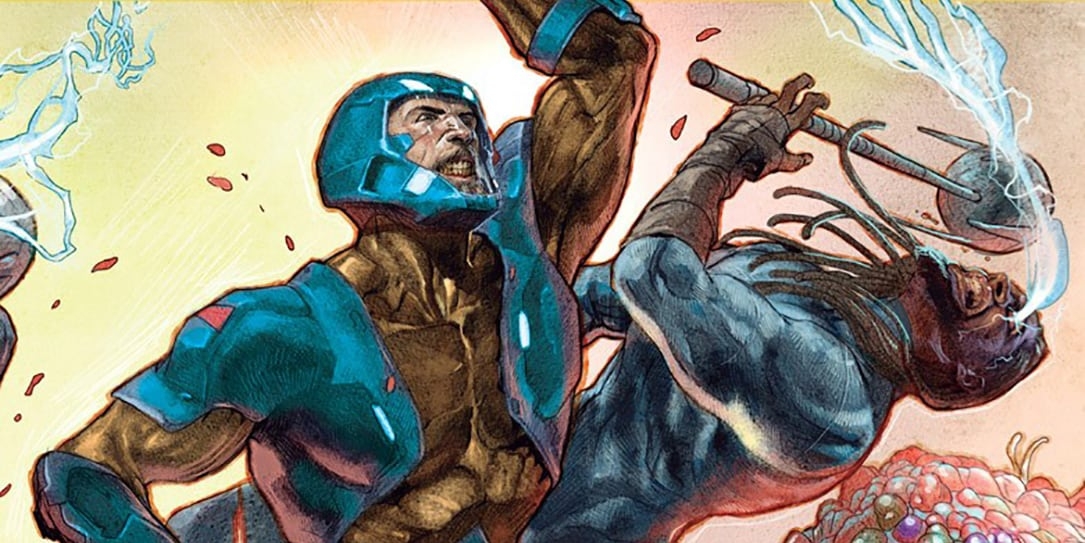 Writers Steve Englehart and Jim shooter are the creators of a fictional superhero comic book series known as X-O Manowar. Barry Windsor-Smith and Bob Layton are the comic book’s artists. Valiant Comics is the original publisher of the comic book series. Acclaim Entertainment purchased Valiant in 1996 and restarted the comic book series before it was acquired by Dan Mintz’s DMG. To date, it has sold over 8 million copies. The popularity of this comic has resulted in it being translated into a variety of different languages including Portuguese, German, Brazilian, Spanish, Chinese, Norwegian, and Filipino.

The first issue by Valiant Comics with the X-O Manowar character was published in February 1992. At this time, back issue prices increased significantly because the early print runs were limited. Comic book speculators were purchasing multiple copies of each issue. It is estimated that approximately 800,000 of X-O Manowar were sold. The initial series published 68 issues. In September 1996, it was canceled.

A deluxe hardcover collection consisting of the initial seven issues of X-O Manowar: Birth was released in April 2008 and is still available to this day from the Valiant Store. This collection was altered from the original material by having it digitally remastered as well as recolored. It also included a new story by Bob Layton called The Rise of Lydia. A new cover was created by Sean Chen. In this issue, Aric of Dacia is a Visigoth barbarian. He is captured and placed into slavery aboard a starship. After several years, he is able to leave the starship when he steals their super weapon; the X-O Manowar armor.

Aric leads a slave revolt against his alien captors. After stealing the X-O Manowar armor, he bonds with the armor. He becomes a living memory as a way to survive the process. Doing this makes it possible for him to use his captor’s most powerful weapon against them. The Vine captors are able to launch a vicious counterattack. This leaves many of Aric’s allies dying or dead. Aric is inexperienced with using the armor. He is able to barely escape from the Vine starship before he rockets back to earth.

Aric experienced significant time deletion after his escape. The starship he had been on was traveling at the speed of light. He had only been on board for a few years. On Earth, more than sixteen centuries had elapsed. When he gets to Earth, Aric finds himself in a world that is very different from that of the 20th century. It is initially a struggle for him to adjust. Aric encounters various heroes from the Valiant universe. He becomes friends with some and alienates others. Over time, Aric is able to get control of Orb Industries. This is a multinational company that had previously been run by Spider Aliens.

Iron Man is a Marvel Comics armored superhero who was featured with X-O Manowar in a video game developed by Acclaim Entertainment. It was called Iron Man and X-O Manowar in Heavy Metal. It was produced for Game Boy, PC, Sega Game Gear, Playstation, and Sega Saturn. During the game, players can help Iron Man and X-O Manowar who join forces to fight against villains from each of the heroes’ stories. Their goal is to stop these villains from obtaining all the Cosmic Cube’s fragments.

A feature film based on Arc of Dacia/X-O Manowar was announced by DMG Entertainment’s Dan Mintz after taking over Valiant Entertainment. The company’s executives said, at the time, there were a number of notable directors attached to the project. The company stated the film would stay true to the story’s source material. WWE superstar John Cena had an image of X-O Manowar on his Instagram account. It is believed he could be hinting at the possibility that he could be the one who plays the Valiant hero.