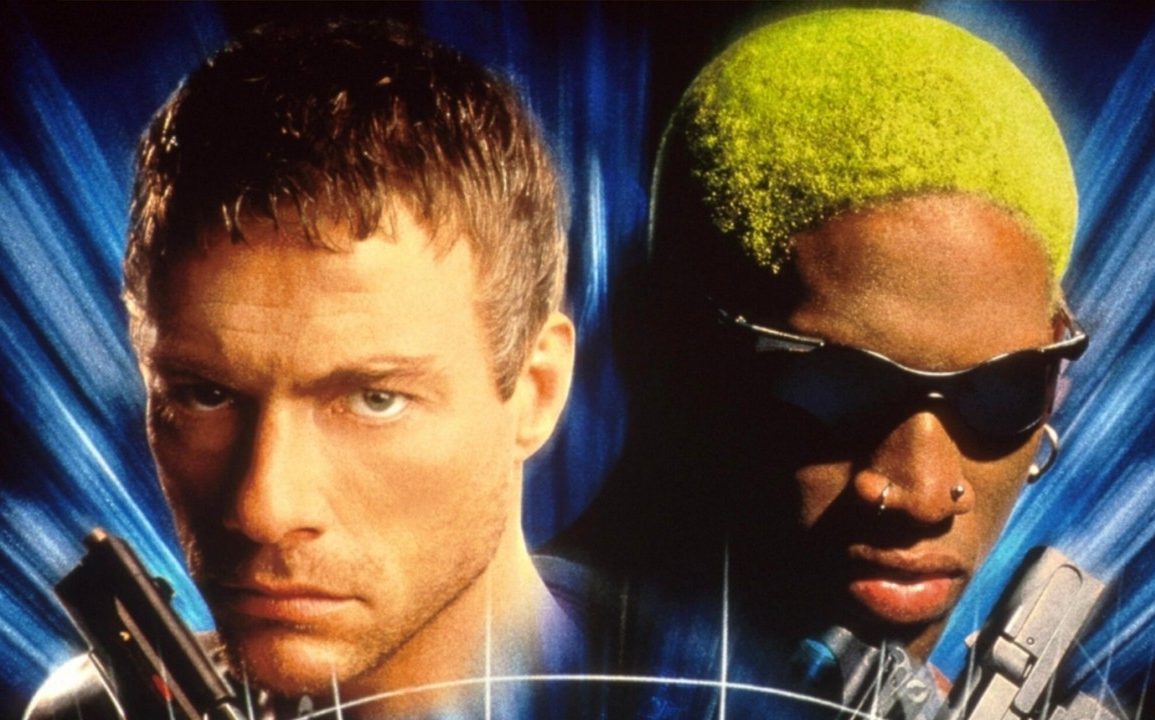 Double Team has its merits, but the core idea of the film – retelling The Prisoner with Jean-Claude Van Damme at the center – is incredibly appealing and should have remained the focus. Rourke steals the show and there are some fun set-pieces but Rodman shouldn’t have been anywhere near it.

Plot: An international spy teams up with an arms dealer to escape from a penal colony and rescue his family from a terrorist.

Review: Emulating the globetrotting superspy-antics of the James Bond pictures, Double Team is the inevitable movie that Jean-Claude Van Damme would make with Hong Kong director Tsui Hark. He plays a retired secret agent named Jack Quinn, who is pulled back into “the game” when his arch nemesis Stavros (Mickey Rourke) resurfaces. Stavros is so cunning and so lethal that he’s one of those terrorists who thinks twelve steps ahead of everyone else. He says things like, “Kill her in 60 seconds,” which is a minute faster than everyone else around him is thinking. When Quinn botches an assassination attempt on him, Quinn is wounded and when he recovers he finds himself on The Colony, a place where spies are exiled if they screw up. The Colony is like The Village – that place where Agent Number Six is sent in The Prisoner – and there’s no escape from it. Quinn and all of the other exiled agents are still forced to work counterterrorism while in The Colony, and he spends the next several months planning his elaborate escape so that he can be back home in time for his son to be born. When he escapes (the best scenes of the movie involve him planning his exodus), he enlists the help of Yaz, a freakish variation of the “Q” character from the James Bond movies. Yaz, played by Dennis Rodman, is basically there to bounce one-liners off of Quinn, who makes jokes at his expense: “Who does your hair? Siegfried or Roy?” Together, they become the “Double Team” of the title, and the climax has them running around a coliseum in Rome, with a shirtless Stavros and a Bengal tiger dogging them at every turn.

A product of its time, Double Team has its merits, but the core idea of the film – retelling The Prisoner with Jean-Claude Van Damme at the center – is incredibly appealing and should have remained the focus. The original script was called The Colony, but as these things go, the movie became bloated by adding in unnecessary elements … like Dennis Rodman. Having Rodman (who was a big basketball star at the time) in the film only makes it kitschy and a novelty (even then), so the movie suffers for it. The highlight of the film is Mickey Rourke who was in the process of reinventing himself with a buffed-out body and a sort-of new face, and he plays the thankless role of the villain with some pathos and he manages to make him interesting and sympathetic. Director Tsui Hark helped ruin Van Damme’s theatrical career with this film and their next one, Knock Off. Rodman starred in his own action movie Simon Sez, which was amazingly a theatrical release.

Mill Creek’s recent Blu-ray release of Double Team is the first time the film is being released in a single-film format on Blu-ray, and it’s presented in its original theatrical aspect ratio (2:35:1), and in an “I Love ’90s” VHS style. Interesting choice to go with, as the film was released on home video at the beginning of the DVD era, as it was one of my early DVD purchases in 1998. That said, it’s very affordably priced (under $10.00) to own. 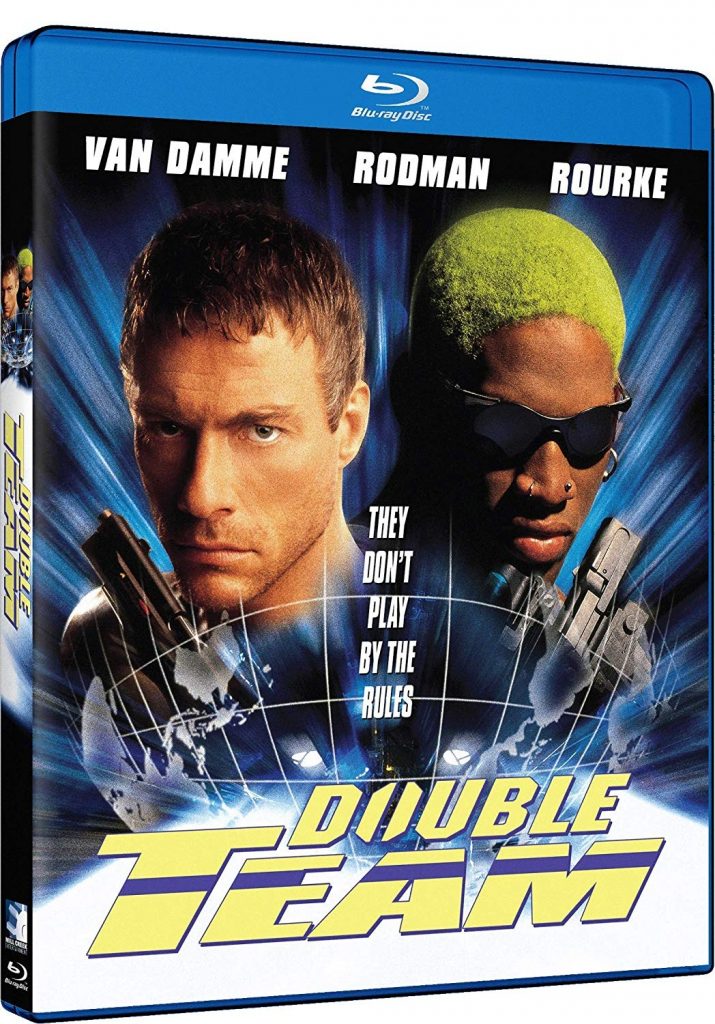