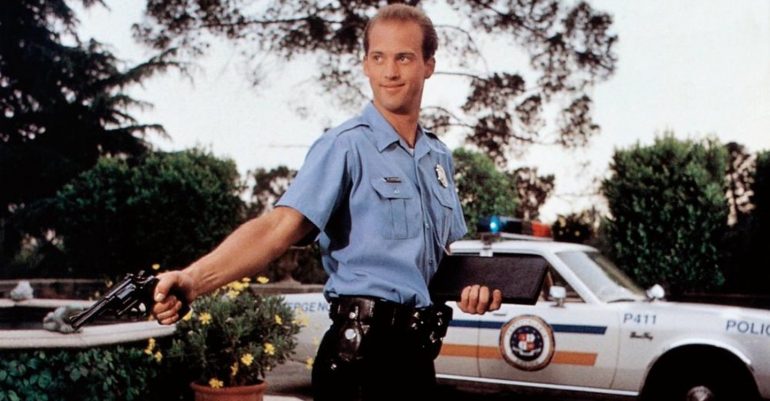 Downtown doesn’t reinvent the genre but it’s an enjoyable buddy cop actioner with two likeable leads and enough action to keep you engaged.

Plot: Officer Alex Kearney (Anthony Edwards) patrols an upscale neighborhood in Philadelphia, where he pulls over a well-connected white collar executive who promises to get even with the policeman. Soon, Kearney learns that he is off the cushy suburban beat and must now work in the deadliest precinct in Philly, where he is partnered with tough veteran cop Dennis Curran (Forest Whitaker). Tensions are high between them, but Kearney soon proves he can play just as rough as the crooks.

Review: I’ll be honest, I had never heard of Downtown until just about a year ago when it was recommended to me from a friend, and ever since then I hadn’t watched it until now.

This is one of those buddy cop films that mostly relies on the chemistry between our two leads which does work in the long run.

Both Forest Whitaker and Anthony Edwards have good chemistry with one another, and play off each other rather well. The supporting cast are fine for the most part, with the standout being Joe Pantoliano who plays a great villain in the limited screen time that he has.

The action that is there is well done, in particular the first shootout which was most impressive; this also has one satisfying death of a villain that I wish they’d do more of nowadays.

The story is quite predictable throughout as you know exactly where it’s going by the end with no surprises at all, but is serviceable.

Overall, Downtown is a decent buddy cop film that has two leads who work well together, has some enjoyable action, and moves at a brisk pace. I’d say give it a chance when you can as it’s worth a watch.