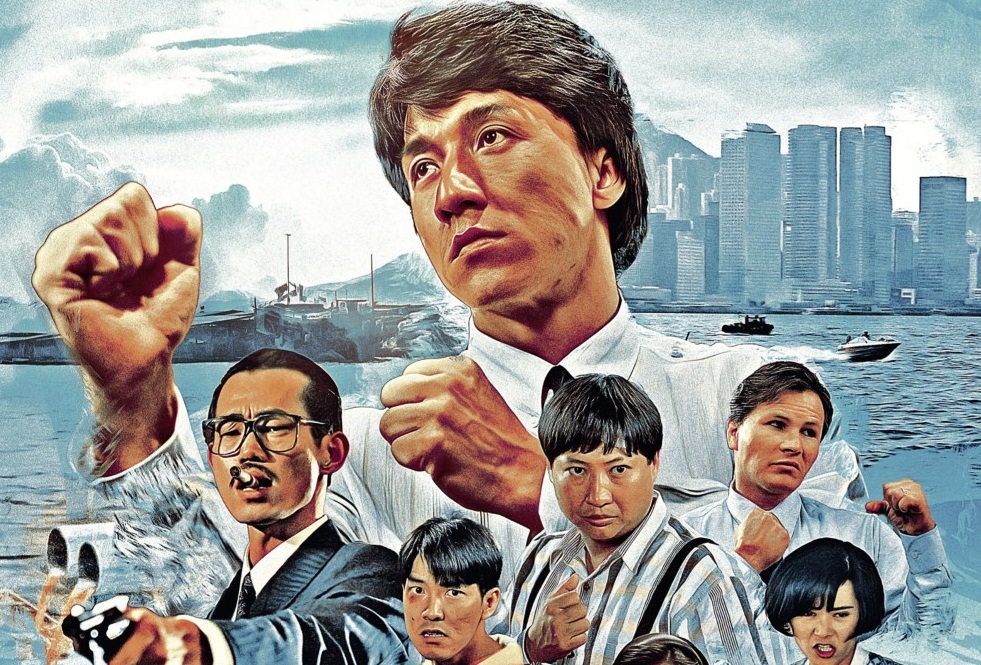 Some romantic subplots bog down this otherwise amusing and intense martial arts film however, this release from 88 Films is a must-have packed with special features including 3 different versions of the movie.

Plot: A playboy lawyer gets mixed up in a case that will push him over the edge into action … and romance.

Review: A playboy lawyer named Jackie Lung (played by Jackie Chan) has a client who is a drug lord, and when the drug lord tells him to get a concerned citizen off his back, Jackie looks into it and sort of falls for the innocent woman who’s main concern is that Jackie’s client is polluting her neighborhood with toxic chemicals. When Jackie takes her side, he teams up with two buddies (who don’t know each other and clash at first), played by Sammo Hung and Yuen Biao, to help him make the right choices. The two of them assist Jackie as he goes up against the drug lord, who has a seriously badass henchman, played by Benny “The Jet” Urquidez. The final fight in the drug lord’s chemical factory is insane, but the end to the film is abrupt.

Some romantic subplots bog down this otherwise amusing and intense martial arts film. Chan, Hung, and Biao had previously appeared in Project A, My Lucky Stars, and Wheels on Meals. Both Hung and Chan fight Urquidez here, and Chan also fought him in Wheels on Meals. Urquidez, who was a champion kickboxer in real life, later made some appearances in a few action movies like Bloodmatch and Kickfighter. Dragons Forever is essential mainly because he’s in it. Without him, it wouldn’t be nearly as special. Hung directed. Corey Yuen choreographed the fights.

88 Films has just released an epic Blu-ray edition of Dragons Forever that will have fans of the film grateful for years to come. There are three versions of the movie, new commentaries, interviews (including a more-than-20-minute one with Urquidez, which I watched first), a huge double-sided poster, and much more, including a thick essay booklet and hardshell case. One of the most impressive special edition Blu-ray releases of 2022, this one is a must-own. A 4K edition is also available.