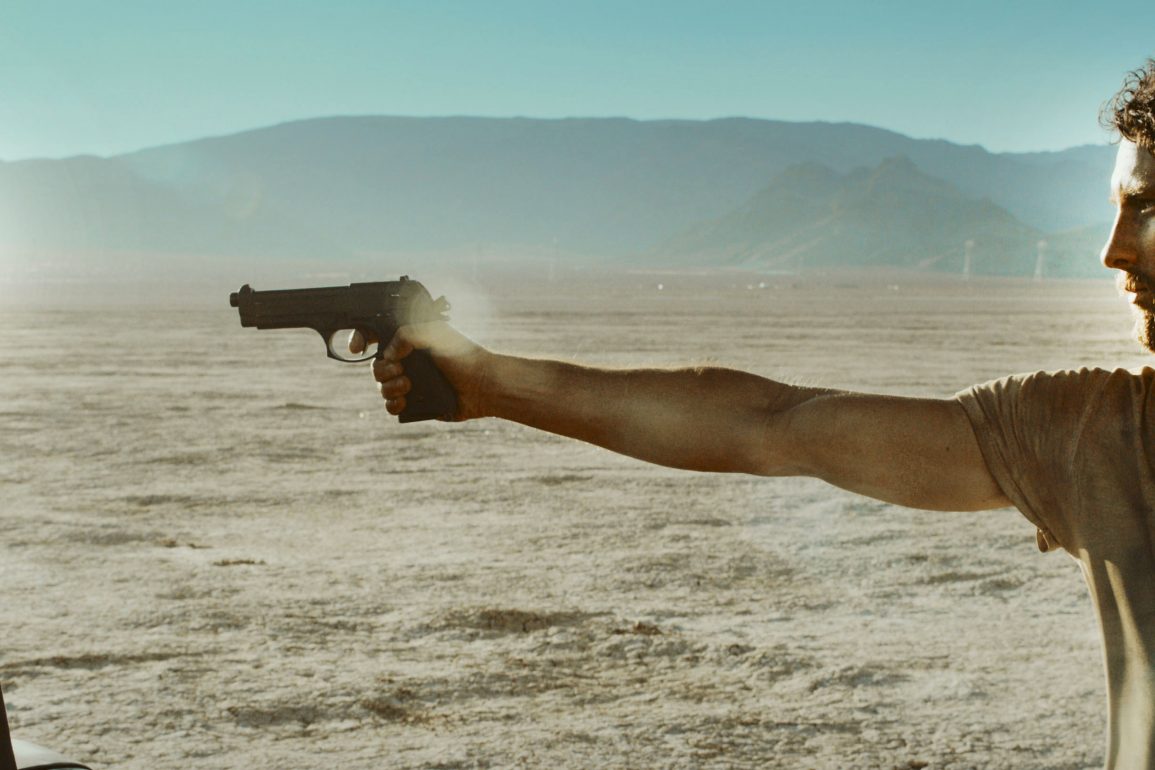 There are few redeeming qualities to be found in Drifter and it’s tough to recommend.

Synopsis: A pair of outlaw brothers seek temporary refuge in a desolate town inhabited by a small family of psychotic cannibalistic lunatics.

Review: There’s an infinite richness to be mined and discovered in post-apocalyptic cinema. Themes of humanity struggling to survive against insurmountable odds are aplenty, and for every cruddy bottom dwelling zombie apocalypse flick or characters stuck in a bomb shelter riff, there’s a great one like The Road, The Book of Eli, or Bleak Future. When something like Drifter comes around, that encroaching sense of depression and hopelessness you feel when watching pointless violence and ultra (but senseless) style, becomes overwhelming and final. Some young people got together after much planning and orientation and created a cinematic foray into ugly horror, not meant to challenge anyone on any level other than their patience, which will surely be tested when watching the product they came up with.

Drifter is about two exceedingly unlikable outlaw brothers (played by co-writer Aria Emory and Drew Harwood) who murder and steal to get by. They’re out for some kind of revenge, but their path through a desert wasteland takes an unexpected turn when they’re robbed by three land raiders, who are systematically dispatched by the two brothers who are as ruthless as they are resourceful. With the raiders out of the way, they drive into a desolate town, not realizing that the town is still inhabited by a sadistic family of cannibals. Just when they thought things couldn’t get worse, things get much worse, and after one of the brothers is killed (and eaten, with his decapitated head the centerpiece on the dining table), the other brother has to overcome the torture, degradations, and sheer numbers of cannibals to fight back and escape.

Honestly, I had no idea this was a post-apocalyptic film until I visited the film’s website. I thought it was a straight horror movie set in some kind of corner pocket of the world (like The Hills Have Eyes or From Dusk Till Dawn), and I kept thinking what a waste of an apocalyptic-looking setting. Co-writer / director Chris von Hoffmann has a heck of a long way to go before getting his craft down as a filmmaker. He opts for filling his movie with poorly drawn characters – none of which are sympathetic – and while he has a flare for color usage and camera work, he has no idea what to do with the potential of his setting, his characters, or even his actors who seem to not realize that what they’ve taken part in is a young filmmaker’s bloodlust. There are few redeeming qualities to be found in Drifter.