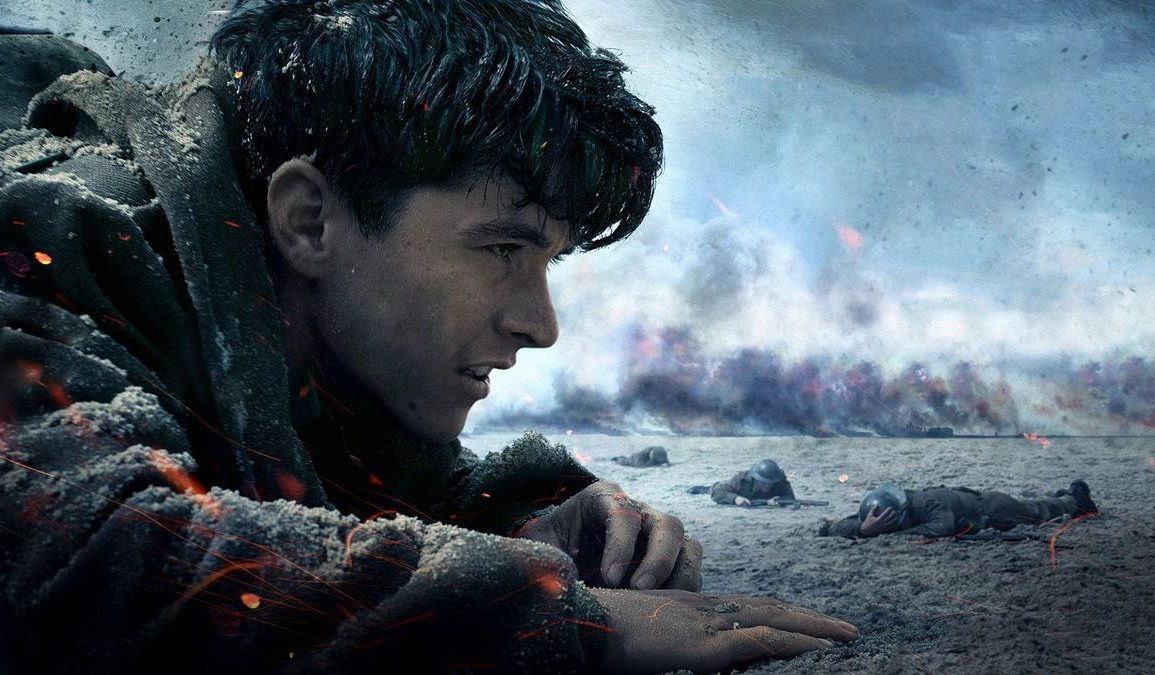 Dunkirk is an amazing achievement capturing the horrors of war very well.

Plot: Allied soldiers from Belgium, the British Empire and France are surrounded by the German army and evacuated during a fierce battle in World War II.

Review: First of all, I will put up my hands and say I really don’t like war films. They can be a difficult watch. Dunkirk is no exception.
So, for the historically challenged, The Battle of Dunkirk of 1940 was one of the lowest points of World War Two for the Allied armies. The Nazi war machine was operating at its full might, and the Germans had successfully managed to cut off and trap British and French forces in Dunkirk, France. The entire battle took place from May 26th to June 4th. Then, bafflingly, the Nazis decided not to finish off these forces, even though they had no place left to go. Their final advance was halted for three days by the German high command. This gave the Allied forces an opportunity to evacuate.

Director Christopher Nolan has sought to tell this story mostly as a heroic struggle to survive against seemingly insurmountable odds. The result is an outstanding visual and technical achievement. It is also one of the noisiest and exhausting movies I have ever seen.
Nolan uses extremely clever narrative devices to tell his story. Each different element of this tale occurs within specific periods of time, but these strands are woven together masterfully once we reach the denouement to achieve maximum impact.

The cast is wonderful. A stoic Kenneth Branagh stares worriedly out to sea for most of the film, the realization sitting with him that there are around 400,000 sitting ducks surrounding him on the magnificent beaches of Dunkirk. It is difficult to comprehend what must have been going through the real-life officers’ heads on those beaches. Nolan shows the predicament for what it is – utterly terrifying. There is literally nowhere to hide.

Tom Hardy’s immense and varied talent is on show once again. He is a Royal Air Force pilot, flying the Spitfire, surely one of the best designed fighter planes of its age. Hardy is restricted to the cockpit of this aircraft, with a mask on his face for most of the film. The mask of course is nothing new to Tom – he is rather good at acting his ass off wearing a mask (The Dark Knight Rises and Mad Max: Fury Road). But this is a truly heroic role for him, and was one of my favourite components of this film.

Harry Styles (of boyband One Direction fame) shows his chops as a fine actor in the making, although he does not have a huge amount of screen time. Relative newcomer Fionn Whitehead does a great job of communicating fear and confusion throughout, and is the audience’s emotional anchor during this traumatic film.

Cillian Murphy, like Tom Hardy is a gifted mainstay of Nolan’s films. In Dunkirk he is a shell shocked officer, terrified of heading back towards the theatre of horrifying war. Murphy effectively conveys the soldier’s PTSD and ultimately his shame.

Mark Rylance is understated but his face displays constant anxiety, reflecting the sense of dread of what the implications of this colossal military disaster could be.

Nolan’s visual mastery is incomparable – the aerial battle sequences are beautifully shot – but it is the sudden assaults on the Allied vessels that remain with me. One sequence of an evacuating ship being hit by a torpedo was horrifyingly stunning and claustrophobic.

And yet, I was so glad once this film was over. Why? Hans Zimmer’s score is a bludgeoning weapon that turbocharges most of the set pieces, to the degree that I did not know when a plane was dive bombing, or when Zimmer’s steroid-enhanced orchestra was creating exactly the same sound. Obviously it was intentional, but what a nerve-shredding experience. It was just unrelenting.

The result is a movie that is a merciless assault on the senses. It remains tense throughout, and I will admit I was drained at the end. Dunkirk manages to exhibit the unimaginable courage of this young generation, fighting the most appalling apocalyptic war. How they all survived that utter hell is the biggest tribute to them. Christopher Nolan has made a film that will remind future generations about the misery and futility of war for any reason. It is also a film I am not sure I could sit through again. Its technical achievements will endure, there is no doubt about that. But this is also a film that asks its audience to endure, rather than enjoy.