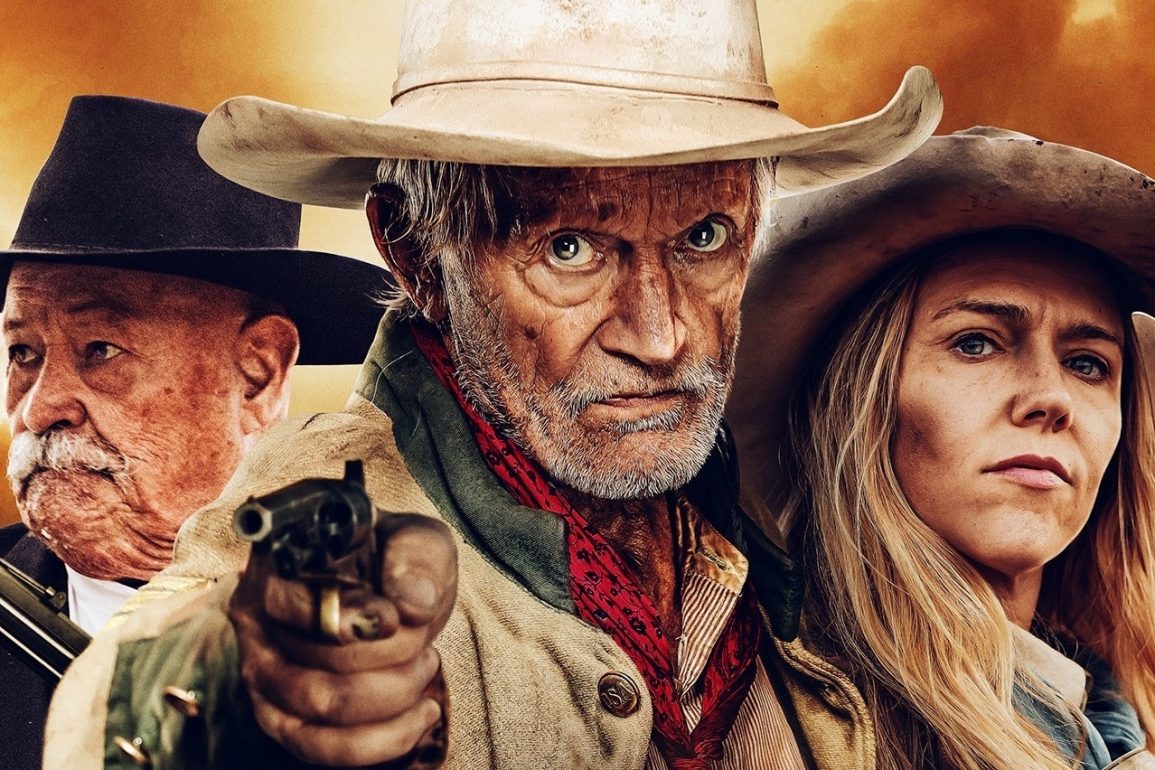 A creative endeavor with professional stature that falls victim to underusing all of the best elements that it introduces. Only rent if you need to view all the indie Westerns available.

Plot: This action-horror-western is set in 1887 in Arizona Territory where the battle to settle the wild land continues and the notorious Tullis gang stalks the area. Out for revenge against 12 jurors who condemned his brother to death, Royce Tullis (Clint James, 2016’s The Magnificent Seven) has left a blood-stained trail of vengeance against those who gave his brother the rope. Royce and his cohorts descend on a small homestead, dispatching the last jury foreman and his wife while kidnapping their teenage daughter, Ruth (Anna Harr).
With Marshall Foster (Owen Conway) promising  ex-con and former Calvary Scout Garrett (Charlie Motley) his freedom so that he can help him nab the gang and save Ruth from being sold into slavery. After losing their way, however, the Tullis crew find themselves in a small town run by a group of demented holy fanatics.
Review: I vary on independent Westerns as so often the technical specifics always vary and so many Western stories have been done. Many lately have been marketed as cash-ins to High Noon, Unforgiven and either version of 3:10 to Yuma while often not hitting such a tone or impact. One such example previously was 2009’s Redemption: A Mile from Hell, helmed for $60 thousand by Robert Conway, was decently received by indie reviewers and contained a talented cast of unknowns. Since Conway later became better known for some of his Horror films (some even being huge knock-offs in terms of their titles like Krampus), he saddled back up for another Wild West tale here with Eminence Hill after striking a distribution deal with the often successful Uncork’d Ent. group.
Here, Conway brought among some new Horror tropes while keeping some of his cast from Redemption as supporting castmates. He then got supporting roles from beloved character actors Lance Henriksen (The Terminator) and Barry Corbin (Northern Exposure) and a cameo by Scream Queen favorite Brinke Stevens (The Naked Gun). B-movie regular Dominique Swain is also added to the main cast as Gretchen, one of the only non-callous outlaws in the gang. With these enhancements, did Conway and his crew succeed at something greater?
Well, long story short: yes and no. The production looked and sounded great, the acting by all was solid (especially the scene-stealing comedic weasel that was Motley’s Garrett character), the end gunfight had some rather inspired edits, there was good gaffing and camera usage, the closing gory effects-filled scenes themselves were convincing, the dialogue was poetic at times and the end credits’ song “Get Me a Gun” by Heather Curi and The E Hill Band was catchy. Unfortunately, many of the best elements weren’t utilized MUCH at all and there was no central character to follow.
Let’s elaborate: the film was all “talk, talk” for the most part with plenty of conflict building but no reason to follow any of these characters around for an hour and forty minutes. They introduced the ex-con and the marshal but focused mainly in the latter, who while brutal near the end, wasn’t interesting at all with the typical straight-faced authority figure and the former was awesome with his dry yet witty retorts and backstory but barely seen in comparison. The Tullis gang seemed to be the main protagonists to focus on, at least appeared so based on the beginning murders but they were killed or left to rot in a jail cell post-torture by the cultists the entirety. They could’ve made for an interesting focus (being flawed individuals being mistreated and all) but again the film just wanted to let loose with the speeches and mood-setting instead of just primarily showing and telling.
And as for the bigger stars featured here, anyone could’ve played their roles and they felt redundant overall. Swain’s outlaw with a heart dilemma was introduced but never well-used; Corbin’s central bad guy could’ve been played by any Southern gent and he did barely anything with it; and Lance showed up 57 minutes into the film and after stealing the show in that briefly well-acted scene, it only reminded me what a lie that poster was to prominently display him and how it also did not advance the plot in anyway.
This was a rough sit but it wasn’t a complete miss. It was watchable but not too entertaining. It tried really hard yet still wasn’t a fully well-oiled machine. This isn’t amateur hour but there’s no way any average joe is going to bother with this tortoise-moving vehicle. It looked professional but unless you must see every recent Western or Henriksen film, it is best to pass this one up.