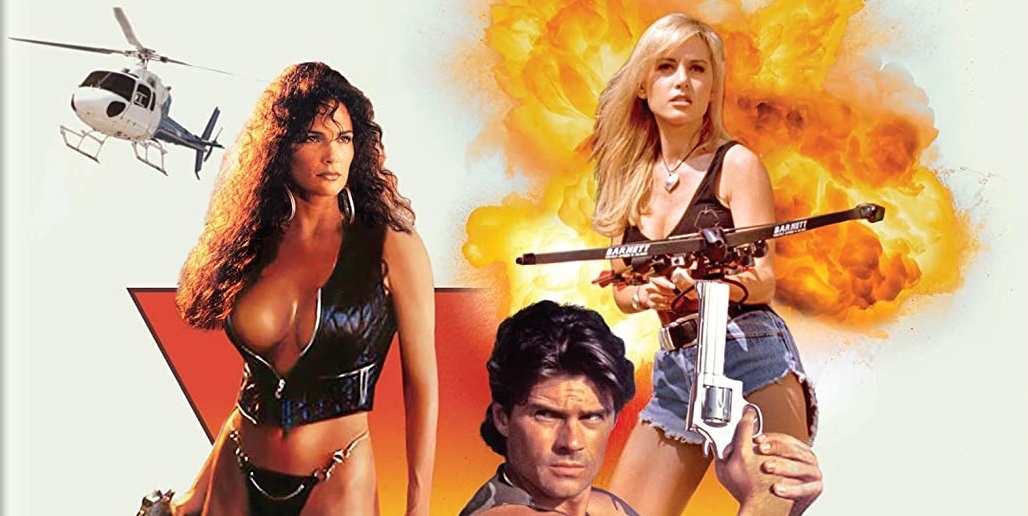 If you’ve watched any of the previous entries and enjoyed them, then Enemy Gold is more of the same, but not done any better than its predecessors. By this point, the quality had dipped, and they never improved from this point on.

Plot: While on a mission to stop a drug operation, three Federal agents accidentally discover gold from the Civil War. With the aid of a corrupt agent, a ruthless criminal kingpin will hunt them down, one by one.

Review: A small satchel filled with gold bars was hidden towards the end of the Civil War, and for nearly a century, treasure hunters have sought the prize, coming up with nothing. Perhaps it was just a legend that has been passed down, but two Federal agents – Chris (Bruce Penhall) and Mark (Mark Barriere) – have been quietly following clues to the treasure for years while excelling in their field of work in making sure the bad guys of the world get their just desserts. While on a sting operation that has them busting up a drug lord’s drug smuggling operation, they team up with a sexy (and busty) new recruit named Becky midnight (Suzi Simpson), who later inadvertently finds the stash of gold by pure luck. When the drug lord (played by Rodrigo Obregon) finds out that the agents who crushed his most lucrative operation has a stash of gold, he sends his best mercenaries – including a lethal Amazon named Jewel Panther (Julie Strain) – after them.

The 9th film in Andy Sidaris’ 12-entry “Bullets, Bombs, and Babes” series, Enemy Gold is a much smaller effort, keeping everything local to a few locations in the woods, which is a departure from the previous entries that at least pretended to be globe-trotting (or at least Hawaii!) action films. This was also the first film in the series not directed by Andy, but instead it was directed by his son Christian Drew Sidaris. It’s basically the same thing, though, and feels like one of Andy’s pictures, starring recognizable actors from the franchise, including Penhall, Barriere, Strain, and Obregon who played different villains all throughout the franchise. This one is pretty tame, the girls are hot (all silicone enhanced for those interested), but it moves along at a fairly steady pace. If you’ve watched any of the previous entries and enjoyed them, then Enemy Gold is more of the same, but not done any better than its predecessors. By this point, the quality had dipped, and they never improved from this point on.

Mill Creek’s ongoing (and noble) quest to restore and release all 12 of Sidaris’ entries in this franchise continues to impress with a nice 4K widescreen presentation, which is the best it’s ever looked. My previous DVDs of all these films were all presented in full frame, so I’m happy to add these new Blu-rays to my collection. Special features include commentaries, behind the scenes videos, and a fun archival intro with Andy and a topless Strain. She was a great sport. 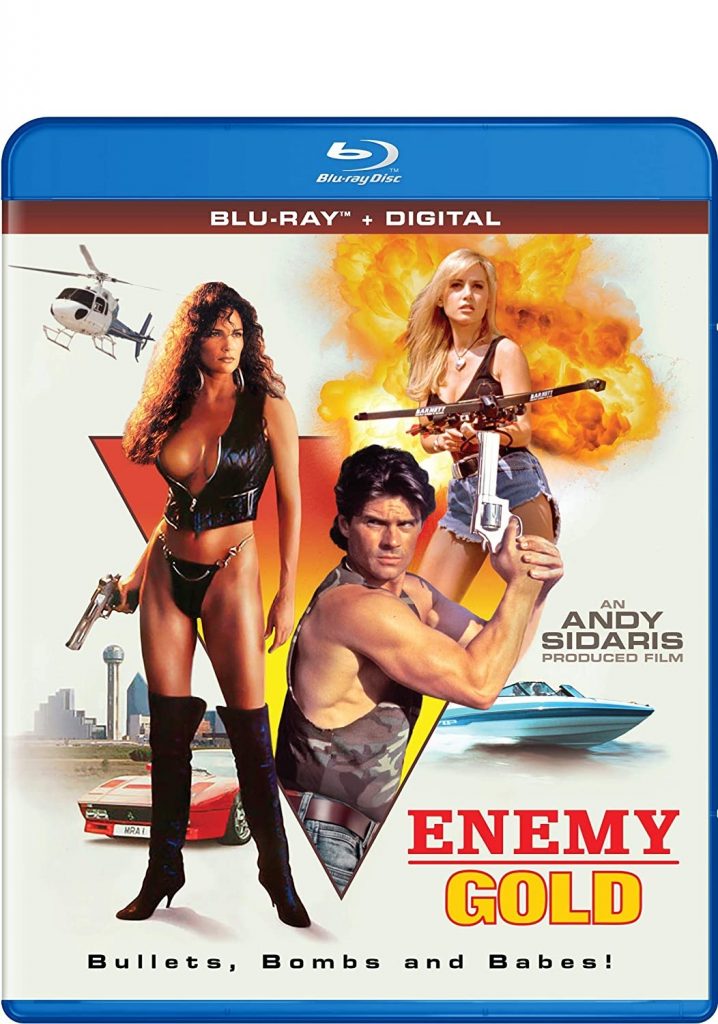