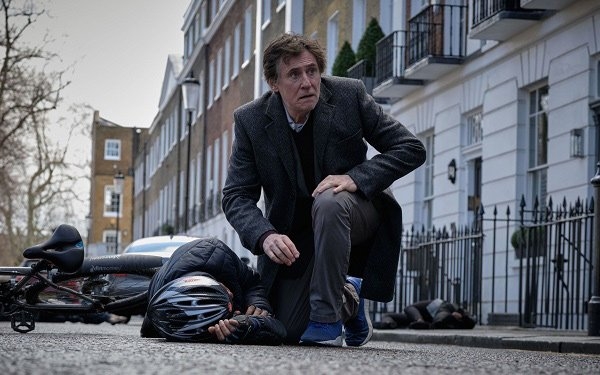 What starts off as an okay attempt eventually becomes an altogether flat experience.

Plot: In this France-set version of the H.G. Wells novel, mankind is in serious danger when an unsuspected ambush by mysterious alien creatures nearly cripples and causes near-extinction.

Review: In what feels like the billionth adaptation of this source material, this surprisingly feels like the least interesting of all the adaptations. Marketed towards a Walking Dead type audience, those expecting much gritty blood-letting or even a Battlestar Galactica/Falling Skies type escapism are still bound to be disappointed for various reasons. At eight episodes, this was yet another show which felt excessively overlong and that needed an episode reduction due to so many damn scenes which felt stalled. Furthermore, despite A-list acting talent like Elizabeth McGovern (Ordinary People, Downton Abbey) and Gabriel Byrne (End of Days, Hereditary), many of their roles felt reduced to simply running around with barely any exposition or other development to their roles. The style, look, feel, effects and general suspense were fine, even beyond reasonable, but the editing was lacking in that so many scenes dragged out and each episode became a real chore to get through. The fact that we barely saw the alien creatures was even fine as this show was trying to showcase the anxiety, freakiness and overall feel of mankind’s ultimate fear of not knowing what this deadly enemy is truly like until actually faced with it in person.

Unfortunately, it didn’t take long before this show got deadly repetitive with people cowering in the dark and people with guns running and blasting at things in the dark hallways. So this show ultimately felt like the best ways to execute (no pun, sorry!) production and showcase another more plausible take of the tired material, it overall feels like scenes are reduced to generic padding just to make it to the end. Speaking of the ending, it literally leaves it on an unsatisfying cliffhanger! But it’s the kind that makes you not want to return type of climax that makes you realize this whole thing was more trouble than it was worth. If this series hadn’t had the aforementioned reasonable production display and acting talent, this show would’ve been rendered not only forgettable but invisible like the extraterrestrials themselves are most of the time. This is yet another example of the networks just not understanding the SciFi genre; shows like this need time to grow but that does not mean take all the free time in the world (again, sorry, I wish that was a pun). This show didn’t need to be more prompt or even bigger cast, but it was lacking in any real character connections and science to please the biggest hard genre enthusiast. And if you rely on a genre completist and not yourself (AKA the filmmakers) to do all the work, then do you really deserve anyone’s attention. Either way, this is another hard pass; if you’ve liked previous adaptations, seek it out if you’re a completist.

If you have tried yet struggled (not necessarily like the characters in this show though) to like previous versions and succumbed to boredom from them, this show will be your rather moody yet monotone sleeping pill. It’s already going to be too much trouble just getting into it but when it’s barely got any pay-off and relying on the brand name (or what little there is of it given that it’s public domain) is just lazy as most of us viewers need more than just nostalgia to keep us intrigued.