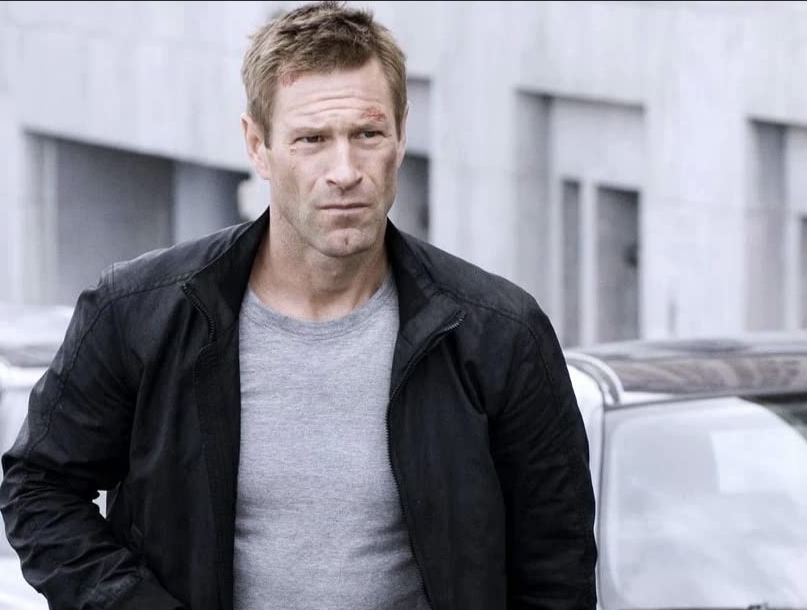 Erased isn’t a classic action movie but it’s enjoyable enough without being all that spectacular. Aaron Eckhart makes for an awesome lead and Olga Kurylenko is always a welcome addition to any cast.

Plot: An ex-CIA agent and his estranged daughter are forced on the run when his employers erase all records of his existence and mark them both for termination as part of a wide-reaching international conspiracy.

Review: Here’s one that’s been recommended to me for over a year now, and I finally got a chance to watch it recently on Netflix.

I would describe Erased as a decent time waster at best; it knows what it is and doesn’t try to be anything else than just that.

I’ll watch anything that Aaron Eckhart is in, and he proves here once again why he’s one of my favorite actors; his performance elevates this movie to another level.

The rest of the cast are fine albeit not entirely memorable aside from Olga Kurylenko.

The story is serviceable at best; it’s nothing entirely original but it doesn’t try to be.

The action for the most part is well done with not much in way of shaky cam and it has some decent stuntwork.

Overall, Erased is worth a watch if not only for Aaron Eckhart’s performance, but also for the action; while it’s not a classic of the genre, it’s at least competently made and delivers the goods.