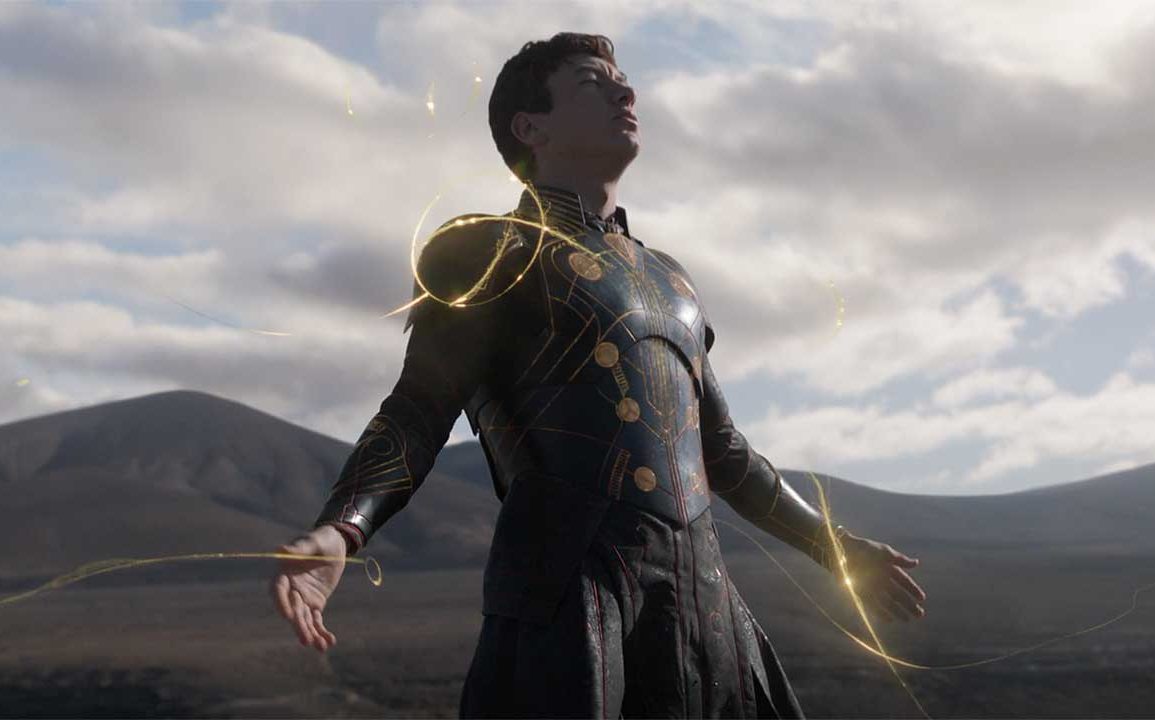 Eternals proves to be an admirable expansion into the MCU; viewers are instantly drawn into the epic-ness of it all – from its cinematic landscapes, to its cosmic narrative, and of course this family of super beings – this film paints a new era of Marvel that is refreshing for fans in all the right ways.

Plot: Over 7000 years ago, a race of immortal beings called the Eternals arrive on Earth to protect people from Deviants – evil creatures that threaten human existence. When the Deviants are finally brought to extinction, another event reunites the Eternals and threatens the world’s existence once more.

Review: For a film that spans across centuries, this was a huge feat for director Chloé Zhao to accomplish. Jumping from places like Babylon to present-day London felt seamless, all thanks to this character-driven narrative. Sure, previous Marvel movies have dabbled with somewhat long time spans (ahem, time travel), but this was nothing of the sort. Zhao masterfully lets these Eternals drive the story, weaving through each characters’ past and personal history.

The casting was spot on, definitely with standout performances and a few surprising ones too, like Karun the valet (played by Harish Patel). Side note: petition for Karun to appear in every single Marvel movie from now on? Yes. Please. Gemma Chan’s Sersi, an Eternal with endless empathy for humans, is whom the film gravitates towards – and naturally so. Chan’s superpower here is her grace; she portrays Sersi with such vulnerability and control, it was easy to see her in such a leadership role.

Richard Madden’s Ikaris, an Eternal with superhuman strength, also embodied such a strong, poised character perfectly matched for Chan’s Sersi. Madden portrays the traditional, broody hero so well it’s a surprise he wasn’t casted as one sooner. Kumail Nanjiani’s Kingo was another favourite, and really brought in the laughs. An Eternal-turned-Bollywood star, he was perhaps the most adapted to this modern age with open arms. I just wish we could have seen a lot more of him.

Nevertheless, Zhao brought beauty through her storytelling and visuals that carried a different tone for a superhero film. Indeed, the film still follows the same tropes as what you’d expect from a Marvel movie: at the end, there will always be heroes to save the day. Still, there was something refreshing about seeing this from a cosmic point-of-view. And not your typical Guardians of the Galaxy cosmic fun – this was cosmic in a profoundly human sense.

Overall, Zhao’s Eternals has expanded the MCU in more ways than one. Yes the film is ambitious, and rightfully so: Eternals is visually stunning and emotional, all in line with a feel-good Marvel film. I cannot wait what’s next in store for these characters.