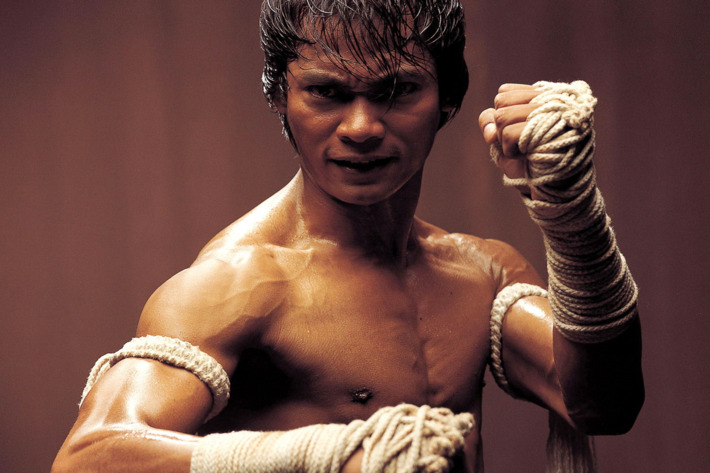 I was joined by Amanda Da Silva and we went for a spectacular Thai meal in Toronto.

The food was out of this world and we spent the evening talking about Thai culture, families, cold Toronto winters and of course movies.

I asked about Tony`s role in the upcoming Never Back Down 3 starring Michael Jai White, however it is more of a cameo role so there were no details to really go into.

Thanks to Tony for an amazing evening and thanks to Amanda for helping out with the interview.

TONY: With this movie I wanted to play a very challenging character; he’s very different with a mixture of qualities like action & dancing! This is a new style that I’ve never done before. Everything was just new for me and just exciting to change things up a little. Another thing which was exciting for me was to work with Vin Diesel, Donnie Yen, Deepika Padukone, Ruby Rose and Michael Bisping. All the cast are very special and are from all over the world.

So my character Talon has a tattoo of a tiger from Thailand; he mixes Tiger Thai boxing and dancing so this is a character who is a nice man… but very badass (laughs). I loved this character because it was something I hadn’t done before and a change from what I am used to.

The blonde hair was something I’ve never done and playing something different is always harder; when Talon fights there is more emotion, a different feeling and he`s funnier too than previous characters. He has an energy and a power of mind. So when he is fighting, he’s laughing and dancing so he reminded me a little of Michael Jackson. I think the audience will see a character they’ve never seen me play before. Everything about this was just new for me.

TONY: Yeah, the first movie was Furious 7 and we shot in Atlanta and we’re really close friends now. When I showed up the first time and met Vin Diesel he said “Welcome to my family”. That was amazing for me. For Furious 7 I learned from him how to look cool and how to be happy throughout the production. Our second movie which we`re currently working on XXX 3 I’m really excited about because I get to be part of such a great team; Donnie Yen was a big surprise and also getting to work with Samuel L. Jackson and the cast from all over the world. Deepika comes from a Bollywood background and brings that wonderful style. We all worked together as a team which feels very special for this movie bringing all these movies stars from all over the globe. I am so happy and lucky to have such an opportunity to be in this movie.

TONY: DJ is a fantastic director who is really smart too; he helped to provide extra character details for Vin Diesel’s Xander Cage and and Donnie Yen’s Xiang.

I had a really nice conversation with DJ Caruso about my character; when he first saw me in my costume on set and I started to dance while doing Muay Thai Boxing then did some Michael Jackson, he said “THAT is your character! That’s Talon!” (laughs). So I would learn to use Muay Thai techniques and weapons like guns and knives. He would show me how to mix them together and he was amazing. He chose some ideas and everything was choreographed so he said “Tony, you can do everything.” Vin Diesel also said that I can choreograph and do everything in the movie for the audience and for the fans. This movie has made us all not just friends, but family.

EOIN: Fans as you know have been desperate for you to do a movie with Donnie Yen and now we are finally going to see it. So the big question is, do you get to fight?

TONY: (Laughs) All the people keep saying “Tony, when are we going to see you fight Donnie Yen?”

I had to tell DJ Caruso that we should have some scene where we have a fight together and he said “just tell the producer” (laughs) but the story is still a secret so let’s just say… I hope so.

TONY: The action is different from what I’m used to but there is this really big scene in the Philippine Islands with about 500 people; it really is huge. It was shot in Pinewood Studios which is a really big location. They set up a party in a temple with about 200 people in it and that’s where I first show some dancing and fighting moves. We fight with Serena (Deepika) and the whole team is fighting which is a really big sequence.

EOIN: Traditionally your Thai movies involve martial arts but since coming to Hollywood you have made the transition to using weapons like guns and knives; how has that been for you?

TONY: Weapons are a new style for me but it’s a great opportunity; I just learned how to use weapons on a movie which has required a lot of practice and rehearsal. Many times I would ask how to use new techniques for the camera and how too look cool. I learned how to jump, kick and twist while using a gun which will look amazing in this movie. DJ Caruso said “you can show off your style” (laughs) so I did. I choreograph with Bobby and the stunt team and we work really hard together. Everything was just fun and I have some special moves in this movie. I like everything we have done for this character and it’s a great new style for me.

EOIN: I’d like to just discuss the ending for Skin Trade; it’s very much open for a sequel. Do you think that will happen?

TONY: This was such an important movie for me and for Thailand as it was our first International movie but for now we aren’t sure about a sequel…

EOIN: We don’t actually see your character die in Furious 7; could he come back?

AMANDA: One of my favourite movie scenes is the one take fight from Tom-Yum-Goong AKA The Protector in the restaurant; how long did that take to put together?

TONY: I prepared and rehearsed for about 2 weeks beforehand with the stunts and then we did it in 8 takes. Everything was important from the timing to the camera; we fight and tried to control the timing and stunts for about 47 minutes. It’s a really cool scene and a long take.

AMANDA: Was it the toughest fight scene you’ve done so far?

TONY: Yes, I think this was the toughest to put together but the scene in the Ong Bak films with the elephants was really hard too. There were 20 elephants which were all real so that was really dangerous because I could die! (laughs)

I took one of the elephants for one week and I took some food and gave it a bath. I would say to him “look we have to make a movie together so please don’t kill me!” (laughs) We built up a spiritual connection and I think the elephant said “OK” and he let me live. We did that scene over two weeks and I think it’s a beautiful scene.

AMANDA: Any plans for Tom-Yum-Goong Part 3?

TONY: I’m waiting for the story to be right and I want to do some international movies first then do a Thai movie again. So for now we’re just waiting for the right story.

EOIN: Finally, what made you want to make the transition from martial arts to acting?

TONY: When I was young I would watch Bruce Lee and Jackie Chan movies who were my inspiration; when I watched their movies it changed my life and it made me want to entertain. I love movies and I love to entertain so I trained in real martial arts and fought in the ring. When a chance came my way to be in a movie I worked in everything. I was a running boy, using the clapper/slate, did some stunts and more for a few years. I kept doing everything to make money and then Ong Bak came along. It’s unbelievable what happened with Ong Bak; it changed my world and my life.

TONY: I would like to take this opportunity to thank you and everyone behind XXX 3 for allowing me to join their team. You are all so wonderful and I am so lucky to get the chance to work with such famous super movie stars! A special thank you to Vin Diesel and Samantha for their friendship and really nice support. I really appreciate it. Actually I really like this kind of action movie which involves special team work. With all these movie stars from all over the world like Donnie Yen from Hong Kong, Deepika from India, Ruby Rose, Nina Dobrev and of course me from Thailand! (laughs)

You never know what’s coming in this beautiful world in the future but for now we are all here in a team doing our best for each other. I can’t wait to see the film once it’s completed. YES! Bless our team.