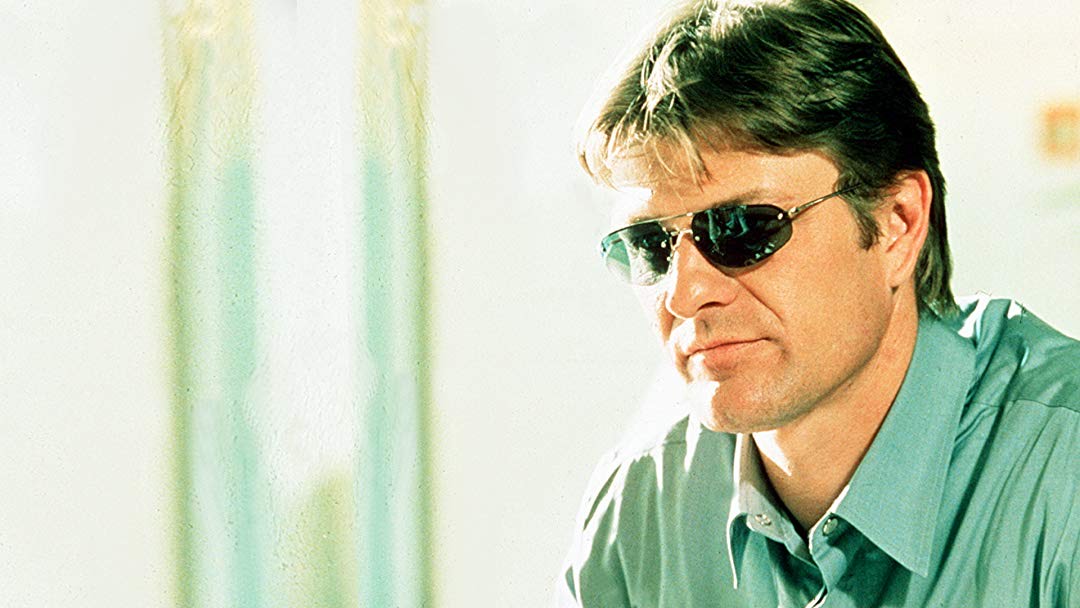 A well-layered action-mystery that benefits from never being dull and properly building tension.

Plot: Convicted of the shocking and gruesome slaughter of his wife and young daughter, Neil Byrne (Sean Bean, Patriot Games) jumps off a speeding train and escapes into the night, leaving behind only his guards and a paperback novel, Patagonia, whose margins are full of inscrutable shorthand markings.As Byrne is forced undercover, taking on former acquaintances of a ruthless organised crime syndicate and evading capture by their mobs, the police and sinister government agencies, we begin to learn more details of his crime, and the significance of the missing paperback. Protested innocence seems an irrelevance as unseen masters use Byrne and his pursuers as expendable pawns in a chilling battle to protect deeper, darker secrets.

Review: Similar to either version of The Fugitive as well as the 1992 Timothy Dalton mini-series Framed, this show is engrossing and well-paced despite being overlong. There are some surprisingly thrilling fight scenes on occasion and the show never really loses track of its tone or pace. Bean has his usual likable persona and the show never feels restricted to doing what every other UK or US type show was only comfortable doing.

It might not outdo the classic Fugitive series but it does rank rather well for this subgenre of framed people fighting dirty to stay both alive and uncover the conspiracy that started their run for their life. The music, supporting performers and sweat-inducing intensity all flow rather well due to never relying on fancy edit tricks or cheap shock value. The whole thing looks very well shot that with some editing of certain scenes could easily be one giant 2-hour blockbuster theatrical release.

The two-episode series also explores how far anyone who’s been framed and hunted will truly be willing to go to where they can easily be labeled an anti-hero and this almost could easily be a role that Ed Woodward of The Equalizer fame might’ve loved to have portray as well had he been cast. If you find it at a used video store or an easy rent/purchase on any online site then please haste not and give it a shot!