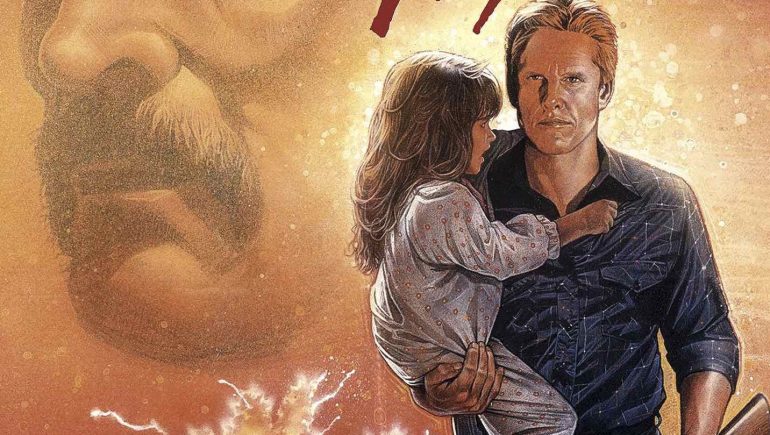 Eye of the Tiger is a good, old-fashioned action movie whose antics are straight out of the ’80s action movie playbook; this new Blu-ray from Kino means the movie has never looked or sounded better.

Plot: Out on parole, Vietnam vet Buck Matthews comes home only to find chaos and corruption in his town.

Review: Sent to prison for a crime he didn’t commit, Vietnam vet Buck Matthews (Gary Busey, newly shaped up) is paroled and reports to his PO, the corrupt sheriff (Seymour Cassel) of the town he grew up in and calls home. He’s given a labor job and his wife and daughter try to make the best of it, but before long he saves the life of a nurse who’s about to be raped by a gang of motorcycle thugs. As retribution, the gang destroys Buck’s house and kills his wife in front of their daughter, rendering the little girl in a state of shock. Buck senses that the only way he’s going to get justice is if he becomes a one-man army (with a little help from an old buddy, played by Yaphet Kotto) against the gang, which is in league with the sheriff to supply drugs to the outlying areas. Buck uses his old ‘Nam tricks to pare the gang down until he lays siege to their compound and goes one-on-one with their leader, played by bald, menacing William Smith.

A good, old-fashioned action movie whose antics are straight out of the ’80s action movie playbook, Eye of the Tiger takes its name from the Survivor hit from Rocky III. The one man-against-an-army formula works here, though you simply must check all logic, sense, and reason at the door before entering. Busey made a really good action lead, and while this movie kick started a stint of plum hero and villain roles for him for more than a decade, this is likely the best hero role he ever had, save maybe for Bulletproof which came a few years later. If you like Mad Max, First Blood, and Death Wish, you’ll like this movie just dandy. From director Richard Sarafian.

Scorpion Releasing and Kino Lorber have teamed up to deliver the best looking transfer of Eye of the Tiger to date. They’ve presented the film in a new HD master from a 2K scan, and the movie looks crisp and gorgeous. The disc also comes with the trailer. 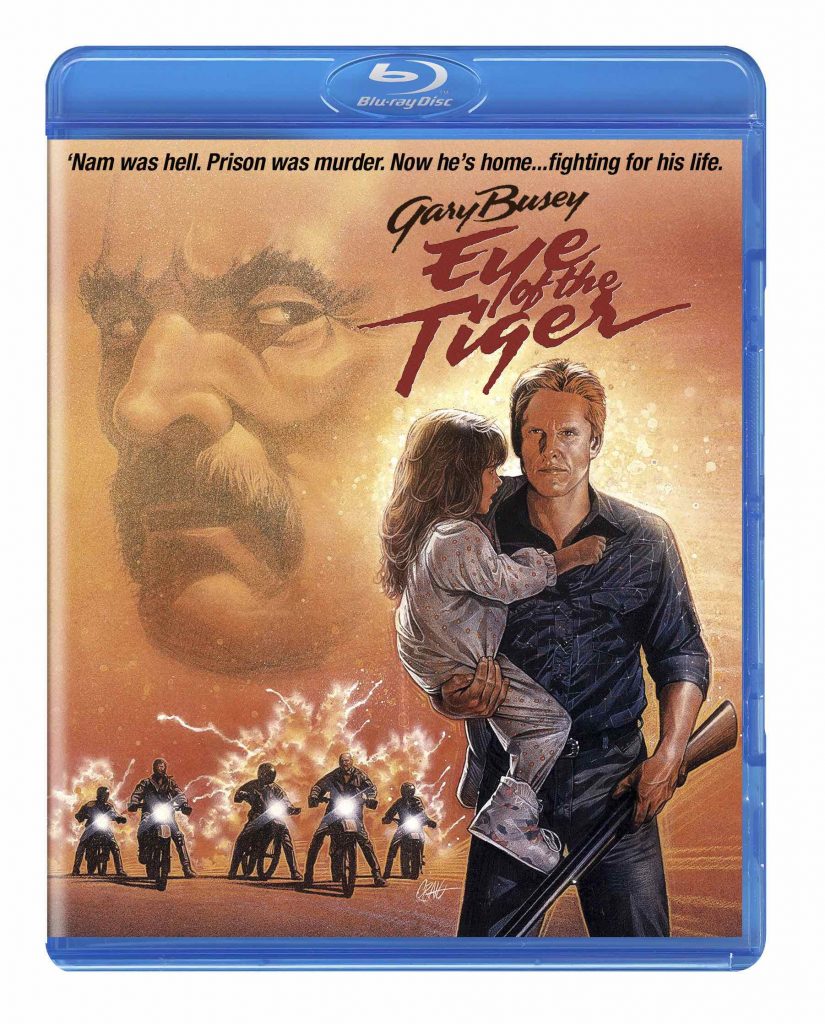