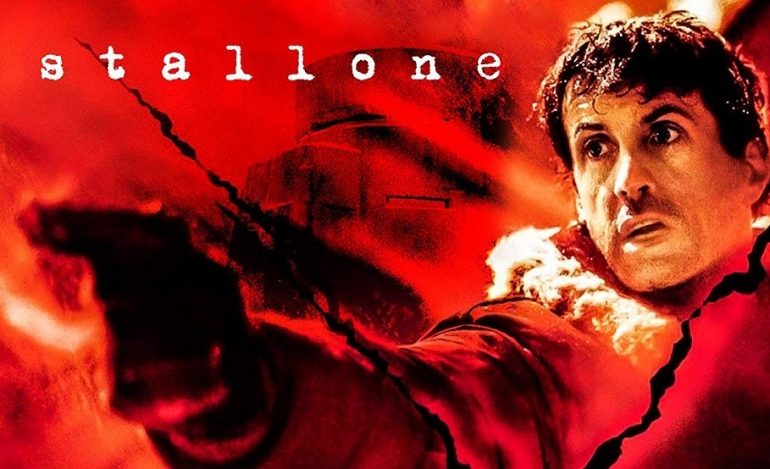 If you’re a hardcore Stallone fan, then this release of Eye See You should be a priority to purchase.

Plot: A brutal serial killer is targeting cops, and detective Jake Malloy is on the warpath.

Review: A serial killer who has targeted policemen and their families is on a rampage, and he has set his sights on tormenting FBI agent Jake Malloy (Sylvester Stallone), who is an ex-cop. When the killer brutally slays Malloy’s beautiful girlfriend (Dina Meyer) and gets away with it, Malloy plunges into a deep, alcoholic-infused depression and attempts suicide. On a fragile rebound, he commits himself to an intensive rehab facility in rural Wyoming in the dead of winter. Along with ten other law enforcement officers on the rebound (including the likes of Robert Patrick, Robert Prosky, Courtney B. Vance, Jeffrey Wright, and Sean Patrick Flannery) and staff members (including Kris Kristofferson, Polly Walker, Tom Berenger, and Stephen Lang), Malloy quickly realizes that the serial killer has preceded him and is amongst the patients, killing them off one by one, saving him for last.

In 1999, I saw a test screening of this movie under the title The Outpost. When the film started, the audience cheered when Stallone came on the screen, and by the time it was over, I watched people bolt for the exits, cursing the film and tearing it apart in the lobby. I went home in a deep funk, mulling over my own feelings for the film, and the more I thought about it, the more angry I became that Stallone had chosen this as his comeback movie after a two-year hiatus since he made Cop Land. I waited several years for the film to actually see a legitimate release, and it wouldn’t see the light of day until 2002, when it snuck out into a few theaters and was eventually released to video under the lame title Eye See You. It’s not a good vehicle for Stallone, who gets to act depressed and enraged, but ultimately this stalk and slash action hybrid is a slog to get through, especially seeing as how the great supporting cast is ultimately wasted (literally and figuratively). In the meantime, Arnold Schwarzenegger had made an against-type action movie called End of Days where his character is suicidal and morose. Imagine my disillusionment during the early years of the new millennium. Stallone’s next film was the flop Get Carter, but it was released years before Eye See You, as was Driven. After Eye See You (which was originally produced by Brian Grazer and Imagine Entertainment) was finally released, Stallone’s next release was Avenging Angelo, which debuted on video. This was his worst era. Jim Gillespie, who had done the weak post-Scream slasher I Know What You Did Last Summer directed Eye See You.

MVD Marquee Collection’s new Blu-ray release of Eye See You is a major upgrade from the previous Blu-ray release, which came in a four-pack with Blitz, Direct Contact, and In Hell. What’s notable about this new release is that it contains an earlier cut of the film under the title Detox, which is presented in standard definition as a special feature. That version is actually a few minutes shorter than the released version. I believe the version I saw in the test screening under the title The Outpost was even more different. I remember it had lots of temp scoring (Aliens was used in the climax, for instance) and tons of gore. Anyhow, if you’re a hardcore Stallone fan, then this release should be a priority to purchase. It comes with lots of other special features, which were ported over from the DVD release, such as interviews, deleted scenes, a photo gallery, the trailer, and more.