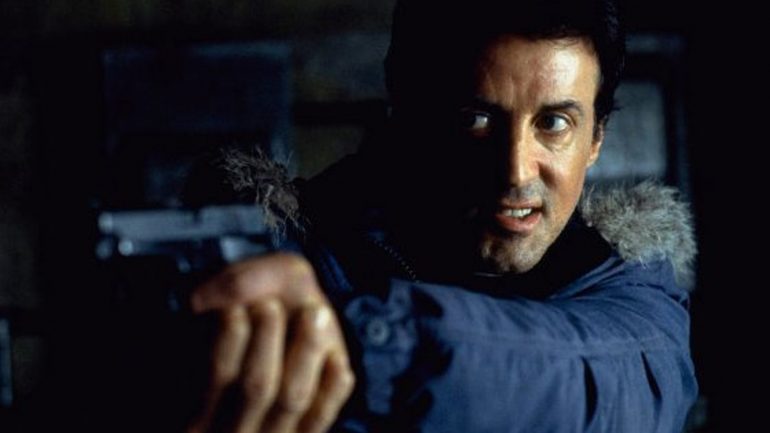 Eye See You is an interesting experience thanks to the fantastic cast and the fact that it is so different from anything Stallone has ever done, but I can only recommend that you watch it if you are a Stallone enthusiast.

There are a couple undeniable facts when it comes to Sylvester Stallone. First, he is undoubtedly one of the best action stars of all time (I would listen to arguments in favor of Arnold Schwarzenegger but that’s it! So at worst, Stallone is second best). The second fact is; when appreciating the greatness of Stallone’s career it’s best to simply ignore anything between Cop Land (1997) and Rocky Balboa (2006). Let’s face it, that was a dark period for him and Eye See You (2002) might just have been him hitting rock bottom.

Eye See You (also known as D-Tox outside of the U.S.) actually completed filming in 1999, but the studio (Universal) wasn’t pleased with the audience feedback from early screenings, so they did re-shoots and made changes to the story. Even after all this, Universal wasn’t happy with the product and it was shelved. Eventually, DEJ productions received the distribution rights from Universal and they gave it a limited release nearly three years after the completion of filming. So, it went through production hell, had an unceremonious release, and then was hit with reviews like these:

“This formulaic chiller will do little to boost Stallone’s career”

“Surely this is it for Sylvester Stallone.”

Ouch. That’s rough. But you know me, I’m not about to let a million red flags and awful reviews get in the way of watching a Stallone movie! After all these years, we’ve seen Stallone resurrect his career by resurrecting his two most beloved characters (Rocky Balboa (2006) and Rambo (2008)), reclaim his box office dominance with the Expendables franchise, and even gain back his favor with the Academy Awards (Creed (2015)). So, now that his comeback is complete and we’ve had some more time to appreciate just how fantastic his career has been, I figure now is a good time to revisit that disastrous patch of his filmography and rewatch Eye See You with an open mind and ask myself, “Is this movie really that bad?”.

I mean, how bad can it be. It’s a horror/thriller wrapped around a mystery starring Stallone and directed by Jim Gillespie, who was following up his smash hit I Know What You Did Last Summer. And check out this cast! Tom Berenger (Platoon, The Substitute), Charles S. Dutton (Alien 3), Kris Kristofferson (Blade, Payback), Jeffrey Wright (The Hunger Games), Stephen Lang (Tombstone, Braven), and Robert Patrick (Terminator 2: Judgment Day). That’s an impressive lineup regardless of which decade you’re in!

Eye See You follows FBI Jake Malloy, who is trying to catch a serial killer targeting police officers. While investigating the scene of another cop victim, the killer calls Malloy and threatens to kill Malloy’s girlfriend, Mary (Dina Meyer from Starship Troopers). Malloy races home but is too late. While still holding his dead girlfriend in his hands, law enforcement finds the killer in some warehouse. Again, Malloy races to the scene and gives chase to the killer only to find him dead, having hanged himself.

Fast forward a few years and we see Malloy in a similar position to Stallone’s career at that point, rock bottom. He is a drunk and a wreck mentally, even contemplating suicide. In a desperate attempt to help, his friend Hendricks (Dutton) takes him to an isolated rehab facility in Wyoming run by a former cop, Doc (Kristofferson). There, Malloy meets the other patients of the clinic and the few staff members of the facility. Soon, the patients start dying in apparent suicides, but Malloy suspects one of the patients isn’t who he/she seems, and they just might be the killer from the beginning of the movie.

Unfortunately, the answer to my “Is this movie really that bad?” question is a resounding YES. This movie is incredibly flawed. That doesn’t mean, however, that it is without its bright spot. Despite all those reviews piling on him, I thought Stallone was actually quite good as Agent Malloy. He portrays his devastation and complete disinterest in living to perfection. It’s a complicated performance that requires a lot of subtlety from Stallone and he nails it. I appreciated that his character is a real human with flaws instead of the superhuman action hero he typically played, especially at that point in his career. It feels like something closer to his early career than something from his prime, and I really enjoyed watching his performance.

Aside from Stallone, though, the rest of the cast ranges from not good (at best) to downright laughably bad (at worst). Robert Patrick plays the stock dickhead character that is angry and pushes everyone’s buttons, Kris Kristofferson basically plays himself and he doesn’t do much of anything to contribute to the story, Tom Berenger’s performance was a complete misfire as the slow witted maintenance man, Stephen Lang’s character is a horribly acted, obvious red herring, and I don’t know what the hell Jeffrey Wright was going for with his twitchy New York narcotics cop! This was the most disappointing aspect of the movie to me since I know all of these guys are capable of much better things than this.

I also think the premise is a good one that could have made for an interesting movie. On top of that, the tone was appropriately dark and the directing wasn’t that bad either. It is very clear, though, that the product that was filmed in 1999 is not the product we get when we watch this now. Those re-shoots, and the multiple trips to the editing room, just butchered the end product. The result is choppy storytelling and poor pacing that kills any tension built. There are times where a character does one thing, then it cuts to a new scene and that same character is there in a completely different room. It makes no sense. We see characters at each other’s throats and in yelling matches, then it cuts to them sitting around amicably. There are no consequences to what we are watching when that happens. The fight means nothing and, worse, the sequences of events becomes confusing. Even the twists and reveals become a casualty of the editing. They were clearly going for a tense, paranoia filled, ‘The Thing’ type of feel, but the choppy editing makes the twists and reveals completely obvious and unearned.

Overall, yes, this is a bad movie. Most of that can be attributed to the studio involvement in post production though, and I don’t see why this was seen as a black mark on Stallone’s career. He puts on a fine performance, and is as fun to watch as he ever was. Eye See You is an interesting experience thanks to the fantastic cast and the fact that it is so different from anything Stallone has ever done, but I can only recommend that you watch it if you are a Stallone enthusiast.