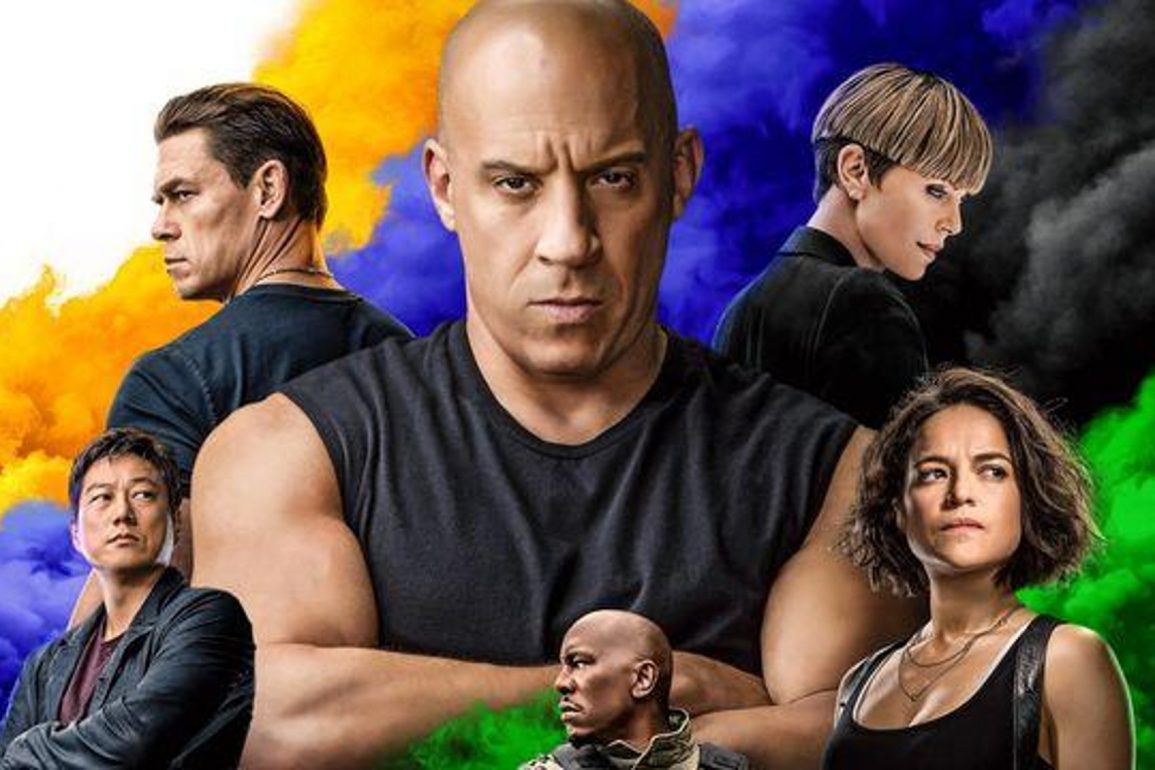 If you love the other Fast & Furious movies then you’ll find something to enjoy here as it is still a lot of fun but this is easily the silliest of the entire franchise.

Plot: Dom Toretto is living the quiet life off the grid with Letty and his son, but they know that danger always lurks just over the peaceful horizon. This time, that threat forces Dom to confront the sins of his past to save those he loves most. His crew soon comes together to stop a world-shattering plot by the most skilled assassin and high-performance driver they’ve ever encountered — Dom’s forsaken brother.

Review: Ok…so we know the script. We know what to expect by now.  Suspend all disbelief and just enjoy it for what it is. Big dumb fun…and I’m a fan. Whenever a “Fast” movie comes on the TV I’ll watch them over and over again. It’s perfect popcorn fun.

Except…this film just lasts too long. It drags in the middle. It has tone issues-it is overly serious in places and then self-mocking in others. To be honest, when it’s laughing at itself you just go with it and enjoy the ride.

But, there’s probably too many secondary characters that aren’t really necessary or you’ve forgotten about from previous movies and there’s about 4 overlong flashbacks that could easily have been reduced to 2.

The Fast saga has long since graduated to Bond-esque OTT set pieces from its humble beginnings as a group of young hustlers boosting cars and picking up girls. But this just gets so ridiculous in places that you go from being entertained to laughing at it-not with it.

It also just keeps going and going and you wonder where it will end. It’s like Lord Of The Rings…is this the end? No? Really?

On the plus side, returning composer Brian Tyler’s score is propulsive, driving (pun intended) and exciting. Keeping the energy going when the action seems so far-fetched. It’s grounded in some emotionally engaging cues and pounding rhythms.

There’s a returning baddy in the form of Charlize Theron’s Cypher who, although relegated to a side character, has some memorable moments.

Kurt Russell makes an appearance as Mr. Nobody to help flesh out some story elements explaining the return of Han. That’s not a spoiler it’s in the trailer.

Tyrese Gibson and Ludacris lighten the tone and help poke a bit of fun at themselves “Are we actually… invincible??”. When they do the most ridiculous thing ever in the Fast saga…you don’t mind really because it’s them saying “this is insane” that you kind of forgive it and just laugh along.

But…(there’s a few!) it’s the endlessly jumping from trucks to cars and back to trucks and not being injured at all that just gets too much.

Overall, Fast 9 is easily the dumbest movie I’ve ever seen… but for all it’s faults… I still had fun though.