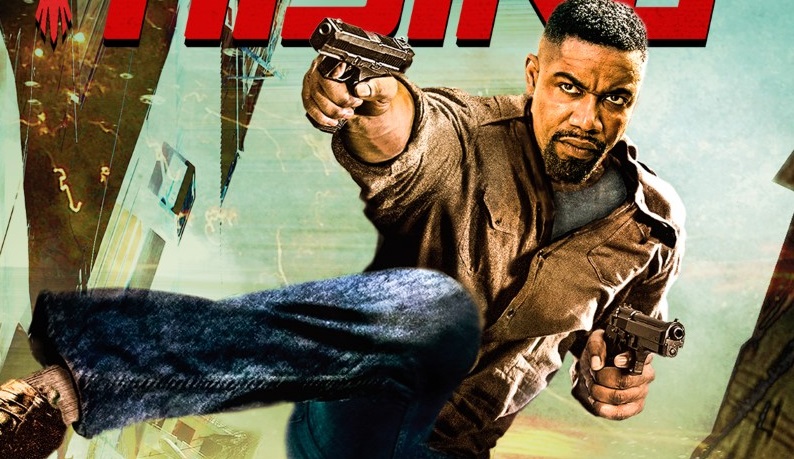 Falcon Rising is a hugely entertaining Michael Jai White vehicle and it’s great to see it finally get a decent Blu-ray reatment.

Plot: Chapman is an ex-marine in Brazil’s slums, battling the yakuza outfit who attacked his sister and left her for dead.

Review: Suicidal ex-soldier John Chapman (Michael Jai White) drinks a bullet every week if the bullet he puts in his gun to play Russian Roulette with doesn’t fire. That’s where he’s at … until his social worker sister goes to Brazil and is beaten and maimed nearly to death by unknown assailants. An old Army pal named Manny (Neal McDonough) is working in Brazil for the U.S. State Department, and he helps point John in the right direction. A loose canon, John has itchy trigger fingers and an even shorter fuse, and when he bulldozes into a plot concerning human trafficking, which his sister also stumbled onto, he gets the undivided attention of several corrupt cops (played by Lateef Crowder from Undisputed 3 and Jimmy Navarro) and the Yakuza. The Yakuza has a stronghold in Rio, and they are behind John’s sister’s predicament (she spends most of the movie in a coma), and when John gets it in his gut to go after those responsible, he doesn’t leave anyone standing.

Filmed in Puerto Rico, Falcon Rising gives you what you came to see. Whenever Jai White does one of these types of movies, he’s pretty much the best there is at it, and he does exactly what you’re hoping he will in this one. It’s got the right amount of action, some intense dramatic moments, and a simple plot that never gets lots in the telling. Director Ernie Barbarash (6 Bullets, Assassination Games) knows his audience well enough to not shortchange them, and the climactic fight between Jai White and Crowder, Navarro, and Masashi Odate, the actor plays the Yakuza boss, is an excellent capper to an otherwise enjoyable action movie. Sequels are promised. This one got a brief theatrical release.

MVD Marquee Collection recently released a welcome Blu-ray edition of Falcon Rising, and it includes some special features, including a behind the scenes featurette, deleted scenes, a photo gallery, TV spots, and the trailer. If you missed out on the DVD, here’s your chance to add this solid actioner to your collection. 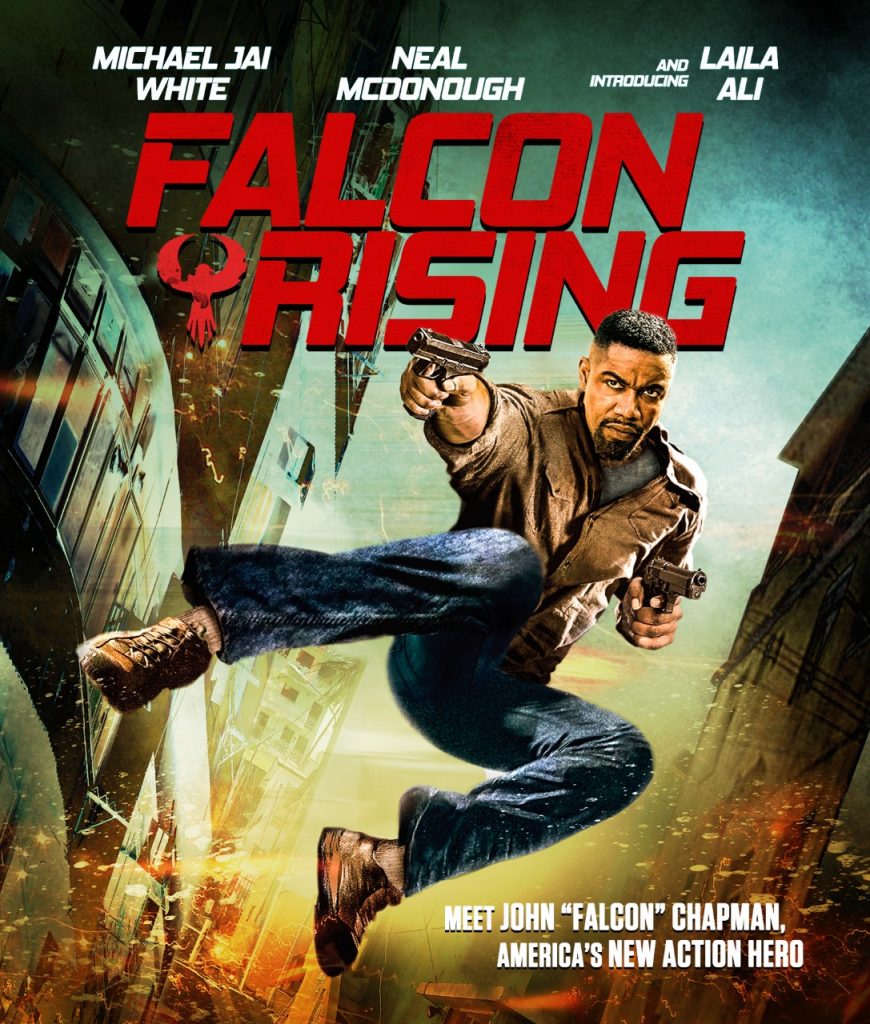