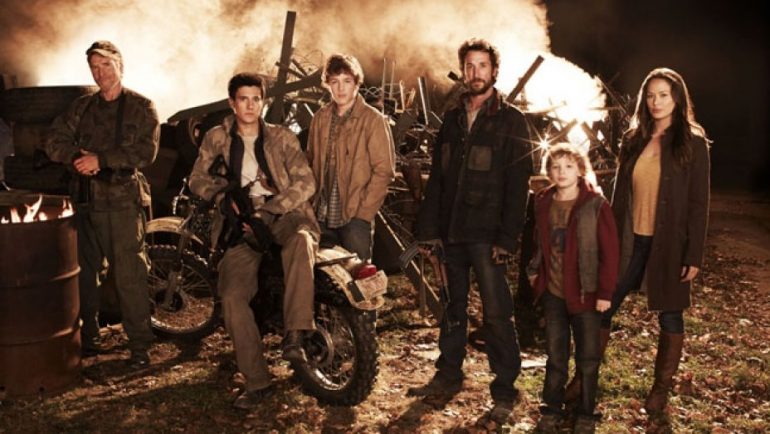 Despite some questionable visual effects, shabby final two seasons and schlocky editing, this show still makes for a fun humans vs. aliens epic due to the other huge strengths in the action, acting, plot twists and gritty tone department.

Plot: In the wake of an alien attack that has crippled most of the world, shock has turned to resolve as the survivors gather to fight back. Leading the charge is Boston history professor Tom Mason (Noah Wyle, ER), whose wife was killed in the attack, and one of his three sons is among a group of captive teens. Desperate to rescue his son, Tom joins forces with the 2nd Massachusetts, a makeshift regiment assigned to protect the survivors. As second in command to Weaver, Tom uses his knowledge of military history to gain intelligence about the aliens and form a plan of attack. But the plan keeps changing and more questions surface as the survivors discover what they’re really up against: a highly intelligent, heavily armed alien force whose purpose on Earth is the biggest mystery of all.

Review: Seasons 1 and 2 chronicle the resisting humans trying to find common allies and make previous militia/wild gang villains also ally with them while trying to figure out the aliens’ various defenses and weak spots. Seasons 3 chronicles Tom becoming an essential President of the resistance. Seasons 4 and 5 showcase more beloved characters being taken over or kidnapped by the aliens, new alien faces and a final stand for survival.

The whole thing gels due to going for the same kind of grit as the 2004 Battlestar Galactica epic series as well as having other well-liked guest stars pop up, having plenty of plot twists, similar themes to other Steven Spielberg extraterrestrial productions, going for Stargate SG-1/Star Wars level battles and the typical Star Trek-like science exposition. It’s always imperfect but often captivating and despite occasional plot holes, there’s enough “can’t-look-away” twisted moments and gory violence as well to ratchet up the always endless tension throughout. Unfortunately after the first three seasons, one does start encountering far too many “WTF?”-worthy moments, some bad dialogue (even worse delivered by once deemed capable performers), some not necessarily enjoyable subplots and more tragic deaths of beloved characters that were really gluing this whole damn show together because of their depth that was established and the performers really digging into those respective characters. Overall, much like any epic movie or show, it fits the bill and does mostly all of what it should be doing but it occasionally gets too cute for it’s own good as well. Nevertheless, it’s on just about all streaming platforms and physical media so fire it up when you got a new sound system to test and are tempted to check out any hit TNT cable TV show you might’ve missed initially.