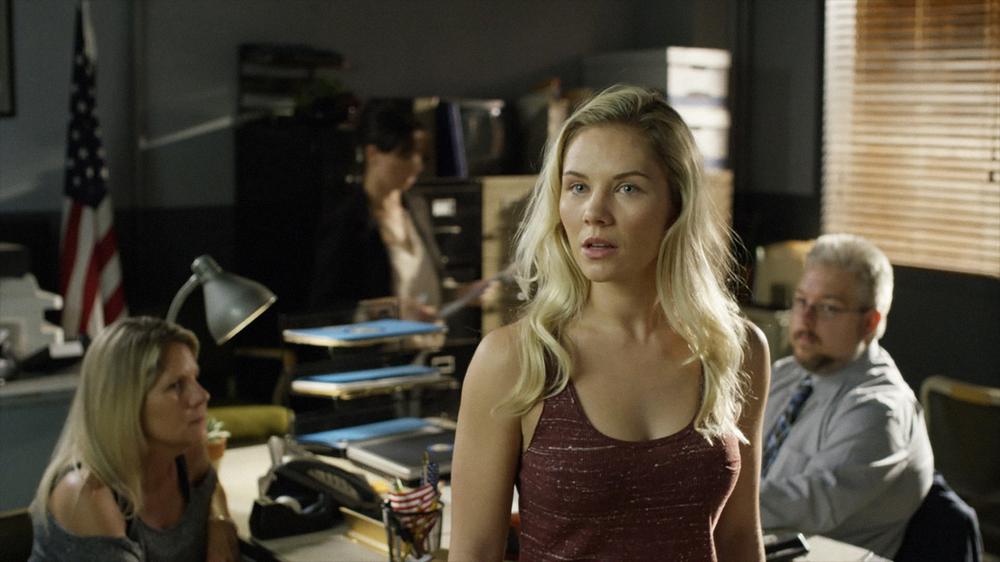 Female Fight Squad isn’t particularly special or memorable, but it’s a steppingstone for the emerging star, and for that it’s most certainly worth watching.

Synopsis: A former fighter reluctantly returns to the life she abandoned in order to help her sister survive the sadistic world of illegal fighting and the maniac who runs it.

Review: A grizzled man with no regrets sits in prison for the murder of several men. The man is Holt (Dolph Lundgren), and he is innocent of the murders, but he was happy to take the blame for the crime that his daughter Rebecca (Amy Johnston) committed. Rebecca is a complicated young woman, a former UFC-type fighter who has tried to restart her life as a veterinarian assistant, but she’s pulled back into the fight circuit when a friend of hers is neck-deep in debt to an underground fight promoter, and ends up in the hospital when she can’t pay off her tab. Rebecca – known formerly as “Bex the Beast” – returns with a vengeance to clear her friend’s tab and at the same time prove her father’s innocence, and it will be a bloody path to redemption and justice.

With an unimaginative and indistinct title like Female Fight Squad, a movie like this should be destined to fail, but like the young Amy Johnston, the star of the film, the movie has an undeniable appeal, despite the odds against it. Johnston, a stuntwoman turned action star, is an extremely rare breed of action star. As pretty as she is, she’s more than equally fierce with her martial arts skills, and she’s not half bad with her acting, which makes a winning combination. Not since the days of Cynthia Rothrock and Kathy Long have we seen a female action star like this. We’ve had a few potentials come through the genre like Gina Carano and Ronda Rousey, but my money is on Amy Johnston to have a longer and more prolific career. She’s already starred in two films that were released this year: The other one was Lady Bloodfight, which I found to be the superior movie to Female Fight Squad, but with this one-two punch, she’s very quickly and demandingly announced her arrival, and as far as I’m concerned she’s destined to be one of the greats. She’s willing to star in these ultra low budget fight movies, but she’s capable of so much more (it’s obvious she’s a superstar). Having someone like Dolph play her father is a nice touch, and while Dolph only has a few poignant scenes – and one balls to the wall action scene with a handful of guys who try to jump him in prison – it’s 100% Johnston’s movie. The movie isn’t particularly special or memorable, but it’s a steppingstone for the emerging star, and for that it’s most certainly worth watching. Check out her previous film Lady Bloodfight and prepare to be blown away. This one was directed by Miguel Ferrer.