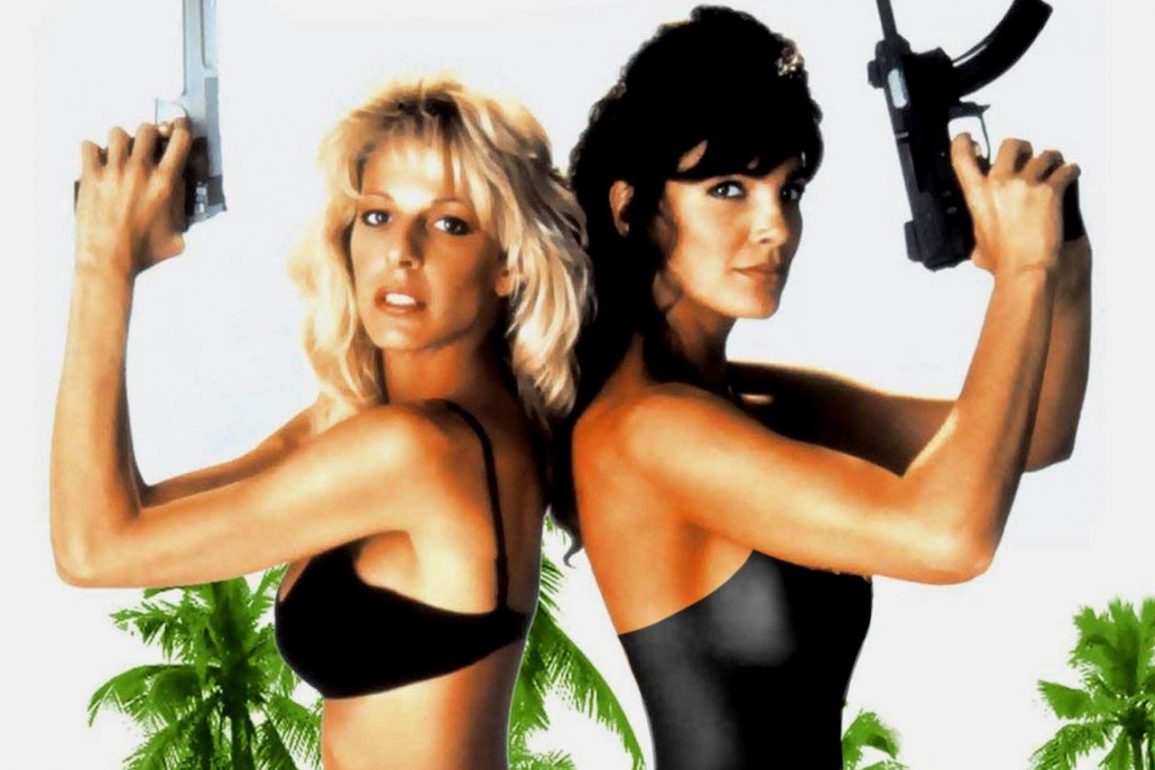 Goofy comedy relief edge Fit to Kill into spoofy territory, and the action scenes are few and far between, but the nudity quotient remains on par with previous entries.

Plot: L.E.T.H.A.L. agents, Donna and Nicole, do their best to protect a wealthy Asian businessman and his rare diamond from a sinister international jewel thief.

Review: Super sexy agents Donna (Donna Speir) and Nicole (Roberta Vasquez) are called in from vacation to go up against their nemesis Kane (R.J. Moore from Hard Hunted, the previous entry in this series), who plans on stealing a priceless diamond from an Asian mastermind (Aki Aleong). Apparently, the diamond had been entrusted to Kane’s family centuries ago, but after World War II and the Nazi invasion, the diamond changed hands, and now Kane will stop at nothing to get it. Somehow, this has implications that will upend world peace (don’t ask me how), and so the sexy agents and their allies (who include other Playboy Playmate babes and their boy toy sidekicks) band together and use their, um, assets to get the diamond and save the world.

Part eight in a series of twelve features that began with Malibu Express in 1985 and went all the way to Return to Savage Beach in 1998, Fit to Kill sometimes tries too hard to fit into filmmaker Andy Sidaris’s franchise of busty babes with guns, but sometimes it doesn’t try nearly hard enough. It became overly evident by this point that he was trying to shoehorn big concept 007-style movies into tiny budgeted productions, and this might be the final entry that more or less still sort of feels like a real movie. The four that followed produced diminishing results, but this one has a few moments that might make you smile. Julie Strain, with her statuesque figure and willingness to shed her top for no reason at all, makes her first appearance in this series, and she would carry the franchise forward. Goofy comedy relief edge Fit to Kill into spoofy territory, and the action scenes are few and far between, but the nudity quotient remains on par with previous entries.

Mill Creek’s new Blu-ray of Fit to Kill is out now, and it contains a beautiful 4K restoration. This is the first time this title has ever been available in widescreen, and it contains an audio commentary, a making-of feature, and an archival intro by Sidaris and Strain. 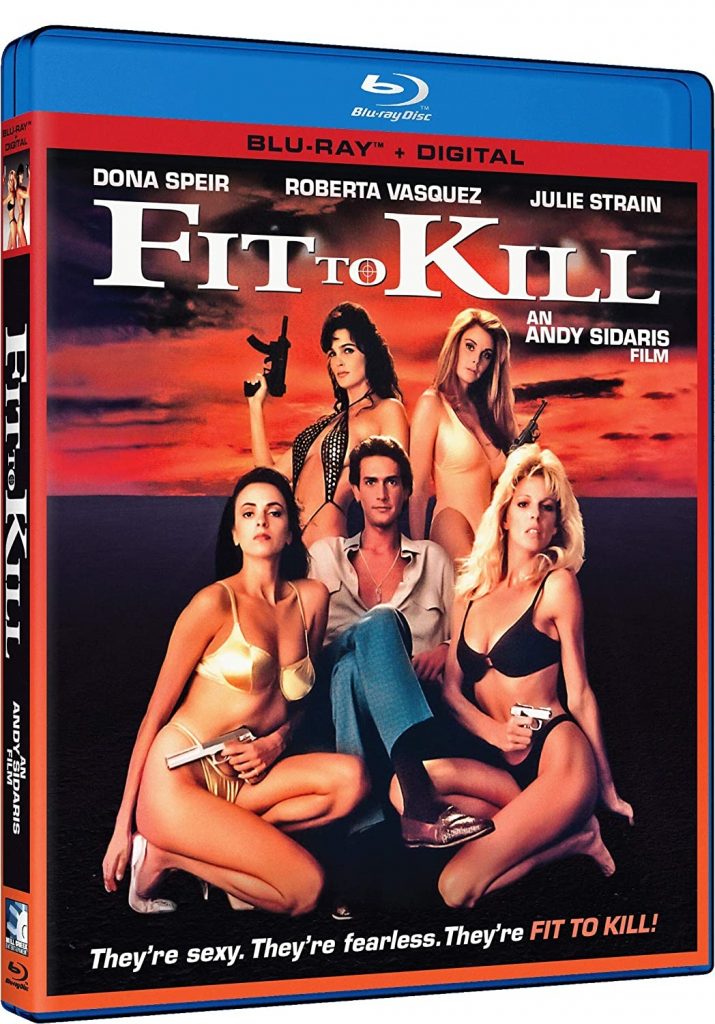