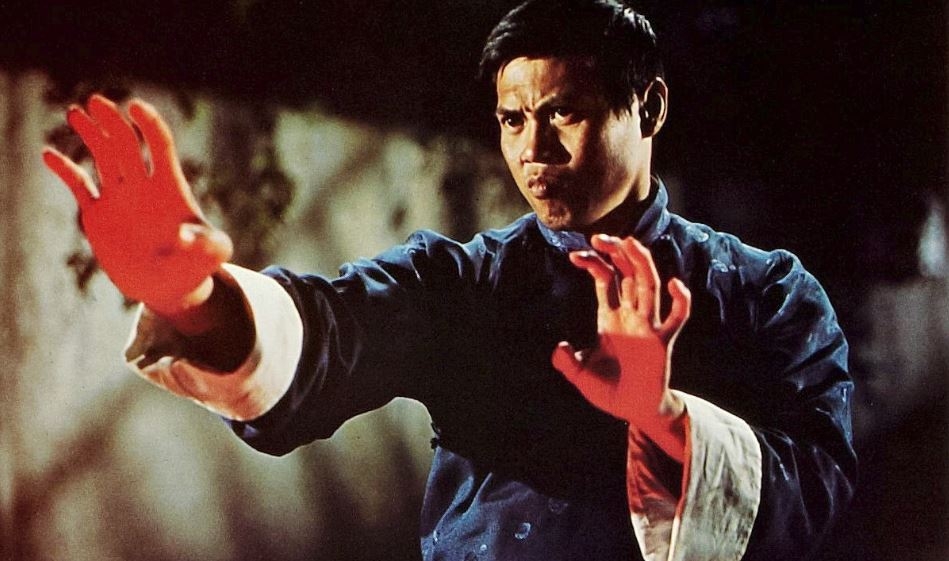 Derivative but incredibly stylish and influential. FIVE FINGERS OF DEATH should be viewed by any one interested in the history of the martial arts genre.

Plot: A student (Lieh Lo) of kung fu meets resistance on his way to a major Chinese tournament.

Review: Audiences often incorrectly attribute the explosion of popularity that martial arts movies received in America during the early 1970s to Bruce Lee. In reality, however, the film that brought “Kung fu-mania” state-side was released months before any of Lee’s cinematic efforts were ever screened in America and is for the most part, forgotten to pop culture. That film released by the now legendary Shaw Brothers film studio and distributed in the West by Warner Brothers was FIVE FINGERS OF DEATH. A film that proved to be so popular that it actually topped the US box office at the time of its release. FIVE FINGERS OF DEATH opened the flood gates for imported martial arts films into the west. Its tale of honor and bloody revenge primed audiences for what Bruce Lee and others had in store and changed the face of exploitation and genre cinema forever.

FIVE FINGERS OF DEATH is unquestionably an important film but is it a good film that stands up to scrutiny 46 years after its initial release? That answer is not so cut and dry.

The plot of the film is standard Kung fu film fare even for the time period it was released. It concerns a noble Kung fu student, Chao Chih-Hao, played by Shaw Brothers stalwart Lo Lieh who gets caught up in a rivalry between his training school and a dastardly competing school leading up to a big martial arts tournament. The film features foreign assassins (Japanese, of course… a reoccurring racial theme through many classic Shaw films), dual love interests, surprising gore, and a secret fighting technique that only the protagonist knows. These are all elements that appear in a lot of Shaw productions. In fact, with the added benefit of having a lot of the classic Shaw Brothers catalogue available to us now we can see some of the film’s most glaring shortcomings are its similarities to another film, released just two years prior by the studio, titled THE CHINESE BOXER, Plot elements and archetypes are lifted completely from that film (and not for the better as both films get bogged down in unnecessary subplots). They even go so far as to use the same actors in the recycled roles from the earlier film, just giving them different names! In fairness though the Shaws made no secret of this, even copying the title of the earlier film. In China, FIVE FINGERS OF DEATH was known as simply KING BOXER. This title was deemed “too dry” for American audiences by the distributor and so it was rechristened with the more lurid moniker.

Without question, the basic elements of this film are standard boilerplate Kung fu fare. Where the film separates itself, however, is in how it presents these things on screen. The secret fighting technique and how it is portrayed, for example, gives FIVE FINGERS OF DEATH its most memorable elements. Lo Lieh’s “Iron Fist” technique is illustrated by Lo’s hands glowing a bright red when he unleashes it. This visual will be very familiar to any fan of the Marvel Comics character “Iron Fist” (Hmmm… wonder where that name came from?) or the 80’s cult classic/martial arts homage BERRY GORDY’s THE LAST DRAGON. The glow in the film is accompanied by a siren sound as well that will be recognizable to anyone who has seen Quentin Tarantino’s KILL BILL series.

When the film leaps into action sequences (sometimes quite literally) it also has a unique feel compared to other films released during that period. The choreography has the stilted dance vibe that is to be expected from that period of action filmmaking but it moves at a faster rate, making the fight scenes feel more urgent and visceral than the films that came before it, and many that came after it. This is likely due to the strong editing of the fight scenes. They only cut from shot to shot to give the best angle or impact of any given move. Old school Kung fu movies are lauded for keeping the camera still and letting the actors show off their physical abilities. FIVE FINGERS OF DEATH deviates from this a bit and is surprisingly better for it.

To go along with the action there are a few startlingly violent sequences. While, it isn’t nearly as gooey as some of the films that would follow it, two bits of gore involving eye trauma are so iconic and unexpected that they were actually used in the film’s marketing campaign for several foreign territories. I believe they had a direct influence on the wildly popular (and wildly violent) Japanese STREET FIGHTER film series, starring Sonny Chiba, which would be released less than two years later.

Looking at all these elements, it’s easy to see why FIVE FINGERS OF DEATH captured audiences’ imaginations in the early 70s and became a genre-defining hit with a lasting impact. It’s a film filled with striking imagery and action that was unlike anything else being produced at the time.  It may not seem groundbreaking through modern eyes but where the film feels (or flat-out is) derivative pales in comparison when you consider the ways the film succeeds and became so very influential.

Any fans of martial arts films owe it to themselves to give FIVE FINGERS OF DEATH a watch at least once to see how this stylistic oddity became one of the pillars of the genre’s history.