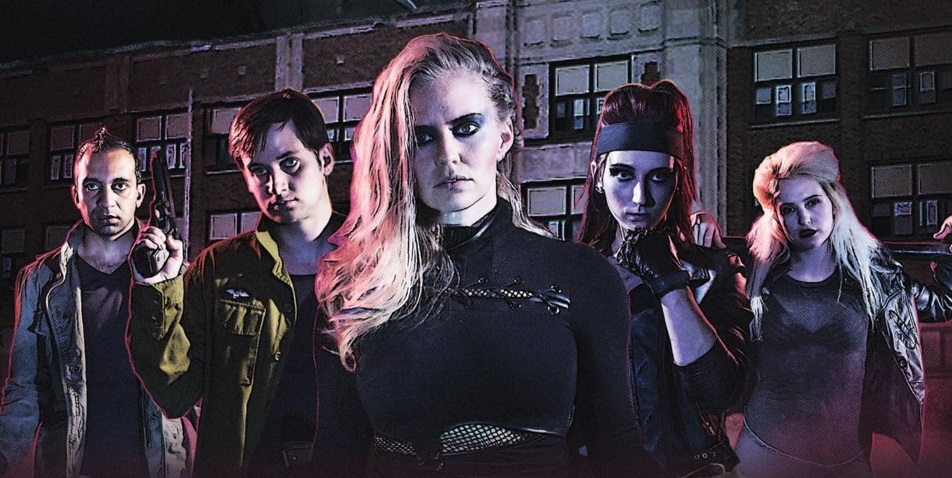 Admirable for its attempt to tap into the VHS era of grungy, hard-hitting action films, Force to Fear deserves a look.

Plot: A vigilante gang goes to an abandoned high school to jump a rapist, but instead they find a killer, an undercover cop, and a drug dealer, which is way more than they bargained for.

Review: A drug dealer is bound and gagged to a chair at an abandoned high school, and his captors are two thugs, one of whom is an undercover cop. Meanwhile, a small-time vigilante gang, led by the tough as nails Nova (Sable Griedel, a real find of an actress), quietly sets up camp in the high school with the intention to find their target, a suspected serial rapist who is hiding out in the school, as per the information they received from their sources. What neither the gang nor the thugs / undercover cop realizes is that there’s someone lurking in the shadows of the halls, a cold blooded killing machine in the form of a guy in heavy combat gear and a helmet, and when the gang splits up to find their mark, they instead find the killer and the thugs. An all-out battle for survival begins for the gang and the undercover cop and the drug dealer he’s got tied to a chair when the killer begins hunting them one by one. Nova’s gang splits up and armed only with guns that shoot rubber bullets, sticks, and some blades, they get way more than they bargained for when the masked killer and the undercover cop get in their crosshairs.

A surprisingly spry little indie with some real moxie, Force to Fear continued to build from its simple, easy-to-follow and appealing premise, and by the end of the film I was thoroughly impressed with its impressive fight choreography, snappy direction by writer / directors Chad Bruns and Zane Hershberger, and a cool synthwave score that never lets up. The film only runs about 80 minutes, but it’s packed with eye-popping action – especially in the exhausting, no-holds-barred climax on the roof of the school – and while it feels like it’s set in the 1980s, it shows some seams with some contemporary looking vehicles in the very last shots of the movie. Admirable for its attempt to tap into the VHS era of grungy, hard-hitting action films, Force to Fear deserves a look.

The Blu-ray from Scream Team Releasing is packed with special features, including an audio commentary, interviews, bloopers, fight training, behind the scenes footage, and more. 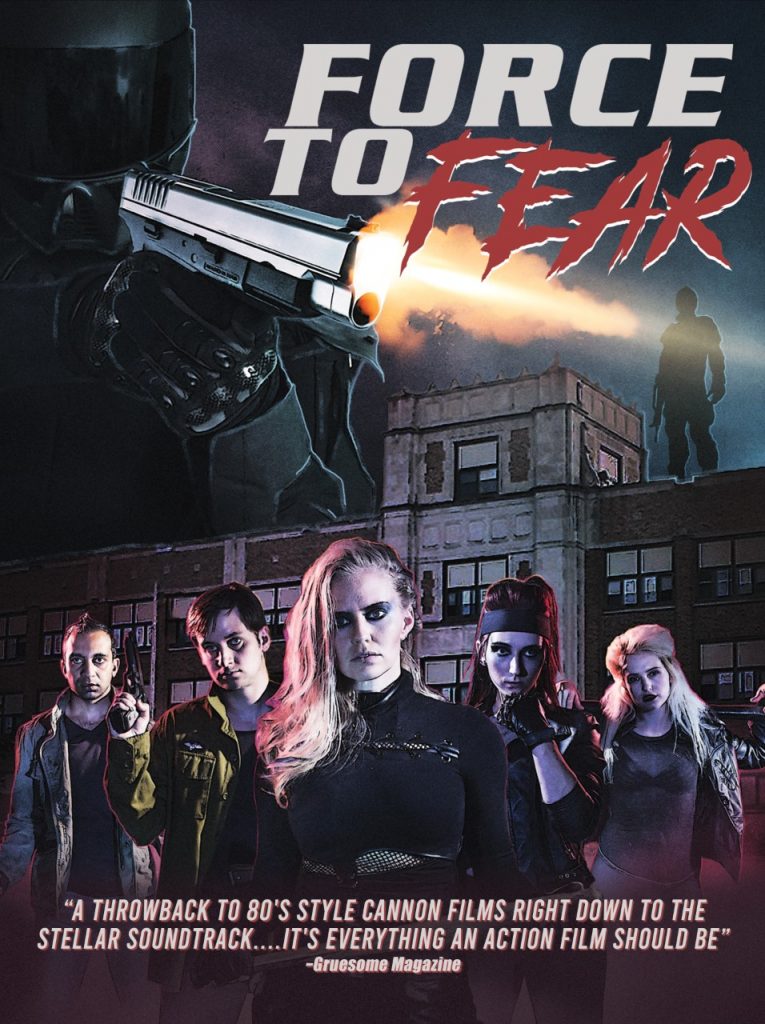